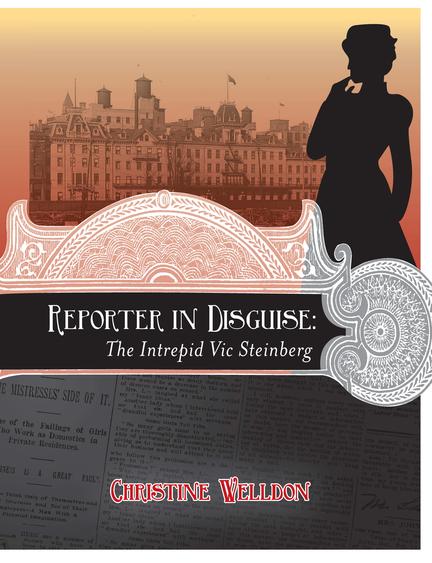 Who was Vic Stein? A man who enjoyed a pint of beer at the rugby match? A young woman who worked behind the counter at a local department store? A seamstress in a sweatshop? Yes—she could be any and all of these characters, depending on the story she was chasing for her popular column in the Toronto News.

Over 100 years ago, Vic Stein was breaking ground. She was one of the New Women, a Bachelor Girl who pursued a career in investigative journalism— hardly the type of lifestyle for an upper-middle class young lady. But she had to be stealthy, secretive, and cunning if she wanted her scoop.

There are many details we do not know about this secretive and feisty journalist—we don't even know her real name!—but one thing we know for sure: Vic Steinberg would be laughing if she knew that decades after her death, people are still wondering about her and trying to solve the puzzle that was her life.

Reviews:
"The committee was impressed by the way you brought Vic Steinberg to life as well as by the way you made what life was like for females during this period of history accessible to young readers."
-- Amelia Bloomer committee