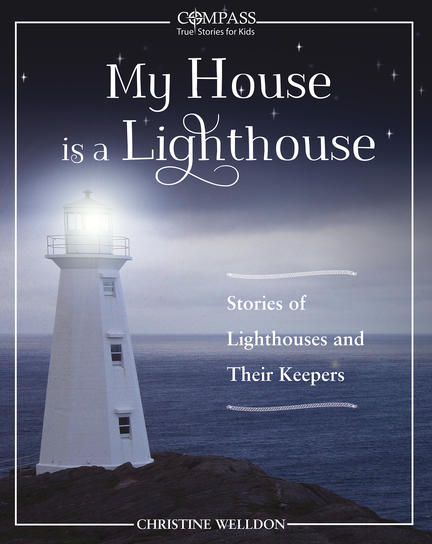 Can you imagine yourself as a light keeper? Could you live full-time on an isolated coast? Your job is to keep a light shining out to sea, guiding ships to land, warning them of jagged shoreline, and maybe even assisting with a rescue in the case of a shipwreck.

Even though there are 750 lighthouses across North America, only 51 light keepers actively live and work in one in Canada, and just 1 keeper remains in the United States. In the newest installment of Nimbus's popular Compass series, Christine Welldon takes readers past the postcard-perfect image and depicts a day in the life of 11 modern light keepers. From Cape Beale, British Columbia, to Puffin Island, Newfoundland, learn about the grit, intelligence, and quick thinking that helps keep our coastlines safe. Expertly weaving the historical with the modern, Welldon shows us how light keepers are still bound by an age-old mission: "Keep the light shining. Be ever watchful. Help those in trouble on the sea."

Includes over 50 full-colour photos, illustrations, and maps, as well as a glossary, index, and historical timeline.

"The varied skills and tasks shared in the lightkeeper profiles, scientific asides, and sources throughout are for anyone who wants to learn more about any of the topics touched on. My House is a Lighthouse has something for everyone, including a thorough glossary to fill in any gaps, especially for those 'landlubbers' who haven't spent much time near the ocean. No matter what your interests are, My House is a Lighthouse has a lighthouse for everyone!" —Canadian Review of Materials (Winnipeg, MB)

"With lots of beautiful colourful captioned photographs, Welldon describes the coastline where the lighthouses are situated, the keepers who are currently working there and the kinds of things they do along with some of the events they have encountered." —Resource Links (Pouch Cove, NF)