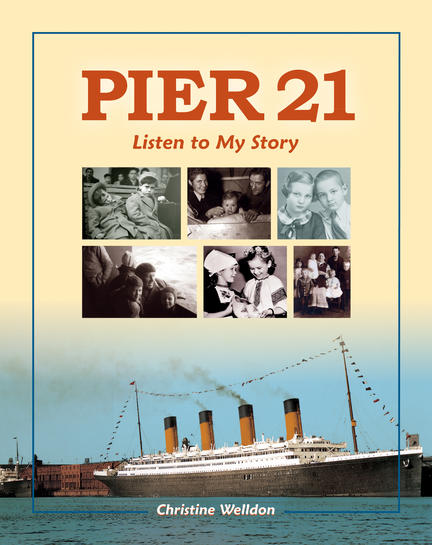 Discover some of the most important moments of Canada's history by getting to know the children and their families who arrived at Halifax's Pier 21. From countries as far away as Estonia, Italy, and the Ukraine (just to name a few), these immigrants all travelled through the "gateway to freedom" to call Canada home.

"Guest child" Jamie from Scotland and Jewish orphan Mariette were both sent to Canada as children to escape the same war. Heili's Estonian family boarded the Walnut to sail away from Russian Communist rule. Luigi's family came from Italy to find work in Canada after the war, while Maryke's arrived from Holland in search of farmland.

Now renamed the Canadian Museum of Immigration, Pier 21 accepted over one million new Canadians between 1928 and 1971. Many were nervous about their new home, but although they arrived from distinct countries and cultures, each family embraced the safety and possibility of a life in Canada. To arrive was to escape the past while keeping memories of their homelands close. Pier 21 was the first step toward a new life.

With over 40 photos, a glossary, timeline, and sidebar features on the pier itself and the home countries of those who passed through it, Pier 21: Listen to My Story provides an excellent introduction for chilldren to this key landmark in Canada's immigration history.

Pier 21: Listen to My Story

Between 1928 and 1971, over a million people, from countries like Estonia, Italy and the Ukraine, arrived at Halifax’s Pier 21 to begin new lives in Canada. In this pictorial, fact-filled book for young readers, author Christine Welldon shares the true stories of nine children who remember their voyages across the ocean and their first experiences in Canada. A timeline, recommended reading list and glossary are included.