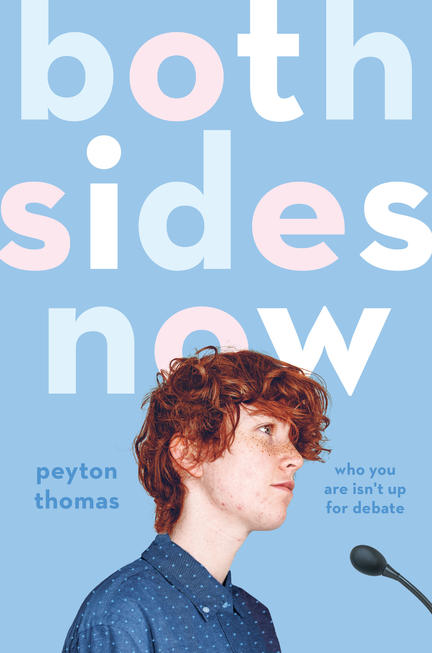 A witty and warm-hearted novel about a trans teen finding his place in the world perfect for fans of Red, White and Royal Blue

There’s only one thing standing between Finch Kelly and a full-blown case of high school senioritis: the National Speech & Debate Tournament. Taking home the gold would not only be the pinnacle of Finch’s debating career, but the perfect way to launch himself into his next chapter: college in Washington, DC, and a history-making career as the first trans congressman. What could possibly go wrong?
Well, for starters, Finch could develop a teeny tiny crush on his very attractive, very taken, and very gay debate partner, Jonah. Never mind that Finch has never considered whether he’s interested in more than just girls. And that dream of college in DC? Finch hasn’t exactly been accepted anywhere yet, let alone received the full-ride scholarship he’ll need to make this dream a reality.
Worst of all, though, is this year’s topic for Nationals: transgender rights. If he wants to cinch the gold, and get into college, Finch might have to argue against his own humanity.
People say there are two sides to every argument. But, as Finch is about to discover, some things—like who you are and who you love—are not up for debate.

PEYTON THOMAS is a freelance journalist with bylines in Pitchfork, Billboard, and Vanity Fair. He was a 2016 Lambda Literary Fellow, studying under Benjamin Alire Sáenz. He lives in Toronto. Both Sides Now is his debut novel.

"Emotionally charged and politically relevant, this is a must-read." —STARRED REVIEW, Kirkus Reviews

"Both Sides Now is an impressive debut that focuses on fully realized trans and queer characters, with a high-stakes plot that will keep readers invested until the very end." —CM: Canadian Review of Materials

Books for Back to School