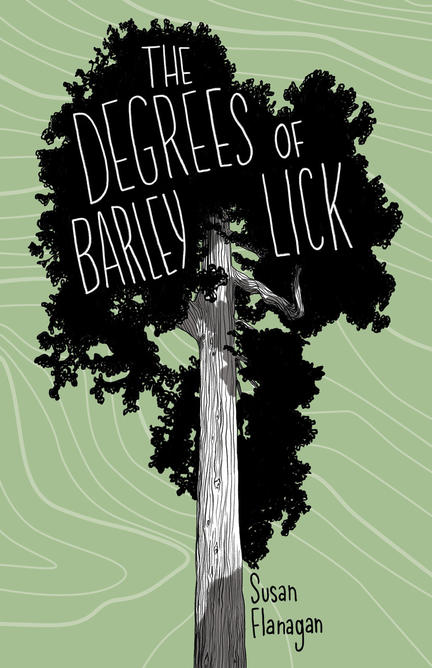 Life has been hard for sixteen-year-old Barley Lick lately: he spit from his girlfriend, his father died, and now his mother has a boyfriend, a cop named Fred Newton. Not even Barley's new Great Dane, Stanley, can make things right.

Then Newton wants Barley to use his geocaching skills to help him solve a mystery; helping would mean losing a huge geocaching competition, and even worse, letting his ex-girlfriend Phyllis win. But Barley soon realizes that a young boy's life may be in danger, and time to rescue him is running out.

Susan Flanagan has worked as a freelance journalist (BJ, King’s College, NS, 1991) in St. John’s, NL for almost 30 years. Her written works have appeared in Canadian Geographic, National Geographic (maps), Canadian Running, Newfoundland Quarterly, The Hockey News, Noia News, Doctors’ Review, Atlantic Progress, Atlantic Business, Saltscapes, Labrador Life, SOAR and Mariner Magazine, among others.Susan contributed a bi-weekly column, 48 Degrees, to The Newfoundland Herald (2002-04) and a weekly column, The Kids are Alright, to The Telegram (2011-15).
She has been a Contributor on CBC Radio (St. John’s), The Point, Out Front, Radio Noon and Definitely Not The Opera (DNTO) and has worked for both NTV in St. John’s and CBC TV in Halifax and St. John’s as reporter, producer and researcher.
The Degrees of Barley Lick is her first YA novel.