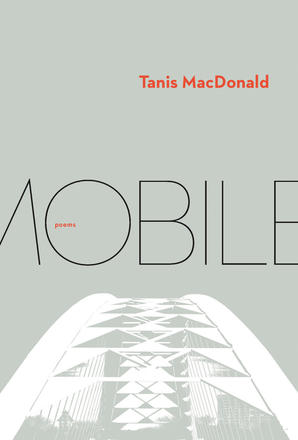 Mobile is Tanis MacDonald's uncivil feminist reboot of Dennis Lee's Civil Elegies and Other Poems; an urban lament about female citizenship and settler culpability; an homage to working and walking women in a love/hate relationship with Toronto, its rivers and creeks, its sidewalks and parks, its history, misogyny and violence. How do we, in Lee's words, see the "lives we had not lived" that "invisibly stain" the city? What are the sexual politics of occupying space in a city, in a workspace, in history? How can we name our vulnerabilities and our disasters and still find strength?

Sheep’s Vigil by a Fervent Person, by Erín Moure

Moure’s translation of Portuguese poet Fernando Pessao’s O Guardador de Rebanhos is such a work of beauty. Transposing sheep to cats and the fields of Portugal to the grid of streets around St. Clair and Vaughan Road in Toronto, Moure finds the underground creek system in the sewers, and follows history, geography, and the flow of water into a love for the discovery of buried place. This is the city as map of a ravine system, as urban pastoral longing to be read, as a lung with which the poplars in the parking lot of the No Frills breathe.

Toronto, with its neighbourhoods and streetcars, its birds and gardens, its violence and racisms, appears as a character and force in several of Dionne Brand’s books, and it’s hard to choose which one to recommend. But the one I keep returning to for its profound grief and compassion is thirsty, with Brand’s portrayal of “impossible citizens” as “repositories of the city’s panic.” Like all of Brand’s work, these poems will shake you up. This is a book to return to again and again.

Admission Requirements is the most recent book on this list, and Wang’s smart and wry poems debate the dynamics of belonging and gaining admission to spaces public and private. The city poems in Admission Requirements have loft conversion notices and student apartments and buses to the suburbs, all written with a sharp understanding of the various costs and privileges of being in and passing through a space.

This book is Michi Saagiig Nishnaabeg scholar, artist, and activist Simpson’s first collection of short stories, and a beautiful examination of history as lived in human bodies and the challenge to love decolonially. Simpson’s look at the Indigenous history of the waterway that predates the Trent-Severn canal system will get settler people thinking hard about the forged links between colonialism and capitalism. The prolific Simpson has more recent books, but Islands is my recommendation for anyone starting to think about what it means to live on colonized land.

Brown Girl in the Ring, by Nalo Hopkinson

In this novel, a dystopian plot is interwoven with the protagonist’s routes through a Toronto that is just recognizable beneath the rubble of its economic meltdown. Hopkinson’s cartographic eye takes her hero, Ti-Jeanne, from libraries in Parkdale to roti shops in Cabbagetown and through an abandoned food court at College Park, down empty subway tunnels and up to a dramatic showdown atop the CN Tower. Through it all, Hopkinson reads the future city as a place for a young black woman to walk and to be a hero.

Yardwork: A Biography of an Urban Place, by Daniel Coleman

These two books, published a few years apart, are layered nonfiction essays with historical and botanical forays into the responsibilities of living in two of the country’s most vibrant and tree-abundant smaller cities: Winnipeg and Hamilton, respectively. Coleman notes that Yardworkoffers “layers of story and soil,” and Gordon follows the fluctuation of Winnipeg’s Assiniboine Forest over the better part of a decade. I am recommending these books in tandem because I think they ask to be read together, but if you haven’t read either, you can choose your starting point: by the escarpment or on the prairie.

The Lonely City: Adventures in the Art of Being Alone, by Olivia Laing

This last book is a New York book, but one with the understanding of loneliness and isolation that underscores Jacobs’s best work, and is easily translatable to the challenges of making human connection in any large city. While not strictly a book about walking, Laing’s essays about loneliness are framed by her own exploration of the disease that, as recent stats have it, will kill you as fast as smoking fifteen cigarettes a day will. There is some walking in this book, as a practice that can alleviate or exacerbate loneliness, but Laing’s compassionate prose never shies away from the complex paradox of being lonely in a crowd. 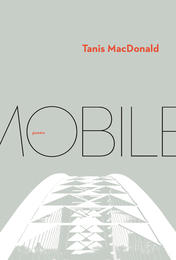 Longlisted for the 2020 Toronto Book Awards

Mobile is an uncivil feminist reboot of Dennis Lee's Civil Elegies and Other Poems; an urban lament about female citizenship and settler culpability; an homage to working and walking women in a love/hate relationship with Toronto, its rivers and creeks, its sidewalks and parks, its history, misogyny and vi … 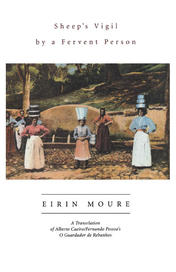 Sheep's Vigil by a Fervent Person

A temporary move to Toronto in the winter of 2000, a twisted ankle, an empty house -- all inspired Moure as she read Alberto Caeiro/Fernando Pessoa's classic long poem O Guardador de Rebanhos. For fun, she started to translate, altering tones and vocabularies. From the Portuguese countryside and roaming sheep of 1914, a 21st century Toronto emerged …

This is a poem about the city. About a man who has visions, hovering on the edge but hating it, restless and at war with the world but wanting the peace that passeth understanding. Everything he does is half-done, except his death. When he falls, his parched spirit crying "thirsty," his family falls apart. This is a poem about Toronto, the city tha …

A Globe and Mail Best Book
A debut collection from a startling new voice in Canadian poetry.

The poems in Admission Requirements attempt to discover what is required of us when we cut across our material and psychic geographies. Simultaneously full and empty of its origins, the self is continually taxed of any certainties and ways of being. The spea … 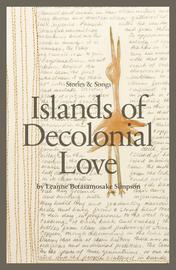 In her debut collection of short stories, Islands of Decolonial Love, renowned writer and activist Leanne Simpson vividly explores the lives of contemporary Indigenous Peoples and communities, especially those of her own Nishnaabeg nation. Found on reserves, in cities and small towns, in bars and curling rinks, canoes and community centres, doctors … With intimacy and humour award-winning poet Ariel Gordon walks us through the streets of Winnipeg and into the urban forest that is, to her, the city's heart. Along the way she shares with us the lives of these urban trees, from the grackles and cankerworms of the spring, to the flush of mushrooms on stumps in the summer and through to the red-stem …

A Biography of an Urban Place

Daniel Coleman is looking to find a home. After a childhood that left him feeling placeless, he ended up in Hamilton, Ontario, one of Canada's most polluted cities at the time. Yardwork is his attempt to put down roots in a place he never expected to be. Coleman decided he wanted to truly know and belong to a small piece of land, his patch of garde …