8 Books that Shaped Me As a Writer 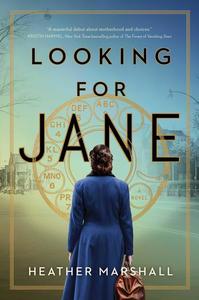 My debut novel Looking for Jane explores multiple facets of motherhood over the course of several decades, as well as the feminist movement for reproductive choice in Canada. So I'll begin with one of my favourite feminist reads, and one that undoubtedly shaped my interest in reading and writing about the lives of women.

Unless, by Carol Shields

This was probably my first adult feminist read during my formative years. My mother recommended it to me, and it's always stood as an example of truly outstanding, exceptional writing talent to which I can only dream of aspiring! It's also a profound example of the power that exists in writing about the lives of ordinary women. My debut novel Looking for Jane is about exactly that: a group of everyday women who exhibited extraordinary courage in standing up to an unjust system. Unless is also what we would today call a bit "meta" in that it explores the ways in which "women's fiction"—which really translates to any book in any genre that features and speaks primarily to women—is sidelined as lesser than in … 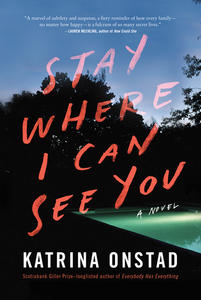 I had this idea for a book about a mother and daughter at that moment where they split apart: the emotional separation that must precede the physical one when a child leaves home. I knew the characters right away—17-year-old Maddie, burning to grow up, and her mom, Gwen, devoted yet unknowable—but I needed a world, and a drama, in which to place them. I heard about someone I knew winning a small amount in a lottery, and it shocked me somehow: Why them? What now? I decided that a win like that would be a good place to put my fictional family: a gain to contrast the loss. Stay Where I Can See You became a book about secrets, and the ebb and flow of fortune, and how those fortunes collide and coexist in a city.

I don’t look at books that are too similar to mine when I’m writing but this is a list of kindred stories that I’ve read over the years that circle similar themes, and probably worked their way into my brain and slid onto the page in ways I’ll never fully understand.

What We All Long For, by Dionne Brand

I can’t fall asleep unless I’ve torn through the pages of an excellent novel first, and I probably read three or four books a week. I devour commercial fiction in all different genres, and it’s not easy to narrow down my favourites. But the following twelve books, in no particular order, are the reads that I just can’t get out of my mind because they’re that spectacular.

The Arrangement, by Robyn Harding

I’ve inhaled all of Robyn Harding’s books, but The Arrangement really hooked me right from the first line. Take Natalie, a desperate art student; a sugar baby website; Gabe, a rich, older man; add in a murder, and you’ve got the most tantalizing story-line. It's a fantastic, emotional, twisted, perfectly paced read, set against a vivid New York City backdrop, and is so seductive I couldn’t put it down.

Reese Witherspoon knows how to pick 'em—she's well on her way to becoming the Oprah's Book Club of our time. Our only criticism? Her books aren't Canadian enough. So to remedy that, we've paired some of her stellar picks with Canadian counterparts. Definitely keep these in mind for your book club and when you're planning your next great read.

If you liked The Secrets We Kept, by Lara Prescott, then try.... 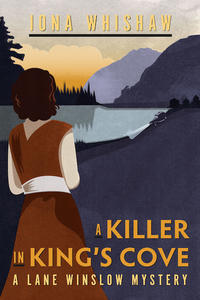 A Killer in Kings Cove, by Iona Whishaw (and the rest of the books in the Lane Winslow Mystery series)

Why we picked it: Historical fiction fans (who love a bit of Soviet intrigue) will love this series about a brilliant ex-spy who tries to settle down for a quieter life in British Columbia after World War Two, but who finds that mystery follows her wherever she goes.

About the book: It is 1946, and war-weary young ex-intelligence officer Lane Winslow leaves London to look for a fresh start. When she finds herself happily settled into a sleepy hamlet in the interior of British Columbia surrounded by a suitably eclectic cast of small-town chara … 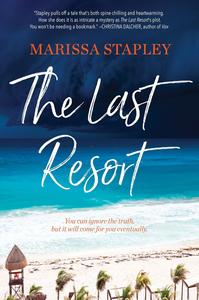 In her third novel, The Last Resort, Marissa Stapley channels her feminist rage into a gripping thriller that reaches for justice, and in this recommended reading list, she finds solidarity with authors of other excellent recent books.

Last year, a distant cousin sent me an email about my novel Things to Do When It’s Raining. “It was lovely and heartwarming,” she wrote. “But . . . where’s your rage?”

But I had just finished my novel, The Last Resort. In writing that book, I had poured all the rage I was feeling onto the page—about politics, about human rights violations, about the simple concept of love between two humans that's so often being complicated by small-minded bigots, about the #MeToo movement, and about my fear that the kind of future I had always imagined for my children was not going to be possible unless I did something about it myself. The result was a dark thriller unlike anything I had written before. The result was a furious book.

I’ve noticed that many other authors are feeling just as furious as I was, and still am. Here’s a list of my favourite recent fiction reads. All of them have fierce female leads and a bone to pick with the patriarchy. I can’t get enough

Diana Davidson’s debut novel, Pilgrimage, opens with Mahkesîs Cardinal trying to conceal her pregnancy on the Lac St. Anne Métis settlement during the winter of 1891. Pilgrimage, just released by Brindle & Glass, was inspired by a real-life account of a century-old woman’s corpse found in an abandoned well on the prairies.

Here, Davidson lists her ten favourite recent books about women and Canada’s history. Most are novels but three are incredible non-fiction reads that she couldn’t leave out.

The Birth House by Ami McKay: McKay’s gorgeous novel was inspired by the real-life stories of Mrs. Rebecca Steele, an elderly midwife McKay befriended shortly after moving to a farmhouse in the Bay of Fundy. The Birth House tells the story of Dora Rare, a a skilled and gifted midwife in rural Nova Scotia who takes on the male medical establishment and their attempts to undermine women's community by institutionalizing the birth process. Interesting that McKay’s book was published right on the cusp of a pendulum swing in North American attitu …