Diana Davidson’s debut novel, Pilgrimage, opens with Mahkesîs Cardinal trying to conceal her pregnancy on the Lac St. Anne Métis settlement during the winter of 1891. Pilgrimage, just released by Brindle & Glass, was inspired by a real-life account of a century-old woman’s corpse found in an abandoned well on the prairies.

Here, Davidson lists her ten favourite recent books about women and Canada’s history. Most are novels but three are incredible non-fiction reads that she couldn’t leave out.

The Birth House by Ami McKay: McKay’s gorgeous novel was inspired by the real-life stories of Mrs. Rebecca Steele, an elderly midwife McKay befriended shortly after moving to a farmhouse in the Bay of Fundy. The Birth House tells the story of Dora Rare, a a skilled and gifted midwife in rural Nova Scotia who takes on the male medical establishment and their attempts to undermine women's community by institutionalizing the birth process. Interesting that McKay’s book was published right on the cusp of a pendulum swing in North American attitudes towards birthing and pregnancy. This summer, CBC chose the big-bellied, bare-footed cover of this bestseller and book club fave as one of the most iconic images in CanLit.

The Book of Negroes by Lawrence Hill: Based on a historical document that held the names of American slaves trying to escape to Eastern Canada at the end of the Revolutionary war, Hill’s novel is haunting, moving, and unforgettable. Hill tells us the story of Aminata Diallo, a young girl in West Africa who is captured, survives the Middle Passage, endures the horrors and indignities of slavery, and works to free herself. She makes a life in Nova Scotia before eventually journeying to Freetown, Sierra Lione, and London to tell her story. Hill gives us an unflinching portrait of how difficult life was for former slaves even once they reached Nova Scotia. Winner of the Commonwealth Book Prize, the Rogers Writers Trust award, and CBC Reads, The Book of Negroes is in production as a mini-series for CBC and BET.

February by Lisa Moore: Moore’s Booker Prize-listed novel made history of its own this past year: on the 31st anniversary of the storm that led to the Ocean Ranger Rig’s demise, February won the 2013 CBC Reads contest. Moore’s novel is a meditation on grief. She takes an event where 84 men perished tragically and tells us about the aftermath through the point-of-view of a widow and mother left behind. February also offers a raw and complex portrait of life in contemporary Newfoundland.

The End of East by Jen Sookfong Lee: Jen Sookfong Lee imagines three generations of a family in Vancouver’s Chinatown in her acclaimed first novel. The End of East tells an important story of Western Canada and explores, in both the public and the private, how the devastating Chinese Head Tax laws and racial segregation/racist immigration policies affected a community and individuals within it. In a talk at the University of Alberta in 2008, Lee explained that her research into looking at historical documents and immigration papers led her to imagine what these men’s lives were like when they came to Vancouver in the early 20th century and what it was like for the women they left behind in China. From there, she wrote the Chan family. The tension between Sammy Chan and her mother is complex and unresolved and is one of the most memorable mother-daughter relationships in CanLit.

Into the Heart of the Country by Pauline Holdstock: Pauline Holdstock is an accomplished historical fiction writer whose work on subjects as diverse as Renaissance Italy and the Boxer Rebellion land her books on multiple prize lists. Her most recent novel, Giller-longlisted Into the Heart of the Country, looks at the eighteenth-century origins of contemporary Canada by telling the story of Molly Norton. Holdstock imagines Molly as the mixed-blood daughter of historical figure Governor Moses Norton and a lover of the real-life explorer Samuel Hearne. It is a heartbreaking look at the "country wife" and the role Aboriginal women played in ensuring the survival of menwho built the fur trade. Holdstock is a master at weaving historical detail into a riveting narrative and her choice to tell Molly’s story in dream-like sequences gives the book a haunting quality which pushes us to question how we understand our past.

The Imposter Bride by Nancy Richler: In her Giller-shortlisted novel, Richler gives us a layered and beautifully-crafted snapshot of post-WWII Montreal. She tells the story of Lily Azerov, who survives the horrors of war in Europe to immigrate to Montreal and marry into a prominent family. She is one of many girls immigrating to be married off into the city's tight-knit Jewish community as they deal with the aftermath of the Holocaust and try to secure Canadian passage for survivors. The Imposter Bride explores the psychological and social ramifications of Holocaust survivors’ guilt in a uniquely Canadian context—against the backdrop of a changing Quebec. And as we discover that Lily is not what, or who, she says she is, Richler pushes us to question what it means to be authentic in the aftermath of the 20th century’s most pervasive trauma.

Kiss of the Fur Queen by Tomson Highway: A beautiful, heartbreaking, spiritual novel that follows two young Cree brothers from Northern Manitoba who endure Catholic residential school and work to reclaim their culture through art. Highway’s book is on my list for two reasons. First, the depiction of Mariesis Okimasis’ grief when her two boys, Champion (Jeremiah) and Ooneemeetoo/Dancer (Gabriel), are forced to leave the family and attend residential school is a visceral portrayal of what that institutional colonialism/racism did to families. Second, Highway uses details from the 1971 rape and murder of Helen Betty Osborne to make us think about that tragic event (and lack of response to it) in new ways.

Marie-Anne: The Extraordinary Life of Louise Riel's Grandmother by Maggie Siggins: Siggins’ biography of Marie-Anne Lagimodière (nee Gaboury) reads like a novel. Siggins weaves facts about the first white woman to come West into a compelling narrative. We get a picture of a complex, determined, and intelligent woman who outgrew her small rural town in Quebec, survived the gruelling voyageur portage out West, and built a family with a man who, among other things, already had a Cree "country wife" and children who were none too happy about Marie-Anne’s arrival on the prairies. In Siggins’ Marie-Anne, we see a woman adept at making connections and learning languages and mentoring her famous grandson, Louis Riel. Hers is an important history of Western Canada and Siggins is a master storyteller for it. 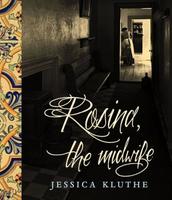 Rosina, the Midwife by Jessica Kluthe: In her debut book, Kluthe displays her talent for creative non-fiction. Rosina, the Midwife weaves stories of Kluthe’s great-grandmother, a village midwife in rural Italy, with the author’s own experiences of pregnancy and loss, as well as stories of the important role new Italian-Canadians played in building Edmonton during post-war settlement. Kluthe questions how memory works and how we choose to tell our family stories and our origins. Hers is a self-reflexive memoir in the style of Didion and Walls. Details such as how the iconic Coliseum hockey arena (which held the Oilers during their glory years, and is now known as Rexall Place) was named by a recent Italian immigrant taught me things about the city I’ve lived in for two decades. It is a beautiful book establishing Kluthe as a writer to watch.

Stolen Life: Journey of a Cree Woman by Yvonne Johnson and Rudy Wiebe: Prairie sage Rudy Wiebe works with Yvonne Johnson to bring her life story to the page. In this controversial memoir/autobiography, Johnson tells the story of her life dealing with abuse and addiction, surviving the streets of Winnipeg, and ending up in prison serving a 25 year sentence for the brutal murder of a Wetaskiwin man she thought to be a child molester. I saw Johnson read from her book at the University of Alberta, an event for which she had to be granted day release from the Edmonton Women’s Institution, and her story is compelling. Johnson and Wiebe’s book speaks to how the legacies of colonialism and institutional neglect, coupled with daily realities of racism and sexual violence, can shape the trajectory of a woman’s life. Stolen Life also forces its readers to think about redemption as Johnson struggles to forgive.

Diana Davidson is an award-winning author of creative non-fiction. She won the Writers' Guild of Alberta's Jon Whyte Memorial Essay Prize and was longlisted for the CBC Writes CNF Prize. Her writing has appeared in Alberta Views Magazine, Avenue Edmonton Magazine, and the Winnipeg Review. In 2011, she was chosen as one of Avenue Edmonton Magazine's "Top 40 Under 40." Pilgrimage is her debut novel. Visit Diana at dianadavidson.org, and follow her on Twitter at @DianaDavidson16.