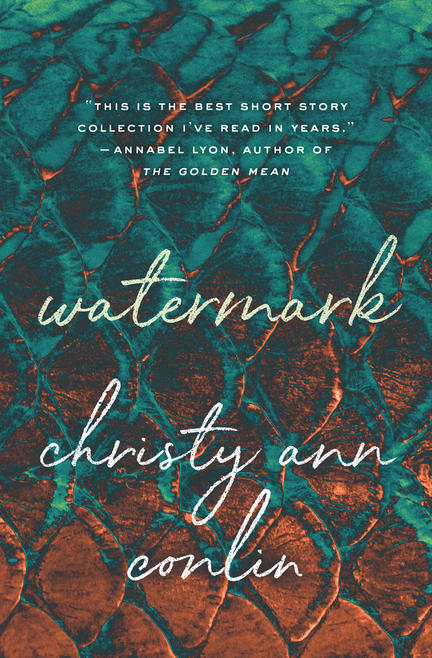 From Christy Ann Conlin, the critically acclaimed and award winning author of Heave, comes a breathtaking and unforgettable collection about how the briefest moment can shape us forever.

In these evocative and startling stories, we meet people navigating the elemental forces of love, life, and death. An insomniac on Halifax’s moonlit streets. A runaway bride. A young woman accused of a brutal murder. A man who must live in exile if he is to live at all. A woman coming to terms with her eccentric childhood in a cult on the Bay of Fundy shore.

A master of North Atlantic Gothic, Christy Ann Conlin expertly navigates our conflicting self-perceptions, especially in moments of crisis. She illuminates the personality of land and ocean, charts the pull of the past on the present, and reveals the wildness inside each of us. These stories offer a gallery of both gritty and lyrical portraits, each unmasking the myth and mystery of the everyday.

CHRISTY ANN CONLIN is the author of two acclaimed novels, Heave and The Memento. She is also the author of the short fiction collection Watermark, which was a finalist for the Danuta Gleed Literary Award and the Forest of Reading Evergreen Award. Heave was a national bestseller, a Globe and Mail Top 100 Book, and a finalist for the Amazon.ca First Novel Award, the Thomas H. Raddall Atlantic Fiction Award, and the Dartmouth Book Award. Her work has appeared in numerous literary journals including Best Canadian Stories, Brick, Geist, Room, and Numéro Cinq. Her short fiction has also been longlisted for the Commonwealth Short Story Prize and the American Short Fiction Prize. Her radio broadcast work includes co-creating and hosting CBC Fear Itself, a national summer radio series. Christy Ann studied theatre at the University of Ottawa and screenplay writing at the University of British Columbia. She was born and raised in seaside Nova Scotia, where she still resides.

We moved to the North Mountain the summer I was four and my mother was pregnant with my little sister, Morgaine. My father made the house himself and we lived in a tent pitched in a meadow surrounded by forest while he built it. My mother told me this. I remember the tent was green and there was a path through the meadow to the house. I loved this path, which cut through the tall grasses. In the meadow, purple vetch threaded up through the grass stems and touched my mother’s round belly. The grasses grew so high they were taller than me, but I could look up and see how they touched my mother’s breasts. I drew pictures on her stomach with icing coloured with beet and carrot juice. Then she’d let me lick it off. The acreage was mostly forest, except for the clearing around a large, rickety barn. They put a sandbox in the clearing where I played with my pail and shovel.

There was also a path through the woods. It was a twisting path my father had cut through the pines to the clifftop jutting out from the trees over the Bay of Fundy. He called the path “the labyrinth of life.” It snaked through the forest to the perilous brink of the cliff. The path was difficult and winding, with sharp turns where you had to slow down. My father said this was the main purpose of his pathway: everyone was forced to stop hurrying and consider their journey as it unfolded. People needed to be open to sudden turns and trust the way ahead. Being in the moment would take over and time would lose meaning. Before you knew it, you would arrive at your destination, and le voilà, enlightenment, or éclaircissement, as the French Acadians say, when you reached the bench of wisdom! Every age had an awakening, her father said, with those like him, who were called to be its prophets, ushering in the awakening. On a clear day you could stand at the edge of the cliff and see all the way down the bay toward Maine, which was four exhilarating hours away by boat as the crow flies or a long, boring two-day drive by car, as my father explained.

The bench at the edge of the crumbling cliff my father had made from driftwood, which the elements had cast to a silvery white. He encouraged us to sit on the bench and look for water nymphs. He insisted people had been spotting them in the bay for generations. They swam in with the tide, he proclaimed, as though he were a marine biologist with a peculiar specialization.

Rich with humanity and atmosphere.

A sometimes-mystical Gothic in which the horror arises from those closest to us . . . Watermark is taut, sharp writing.

These stories are deliciously discomfiting … Suspenseful excavations of family secrets, as smart as they are creepy.

Riveting, disturbing tales … Watermark has enough to fascinate and scare throughout.