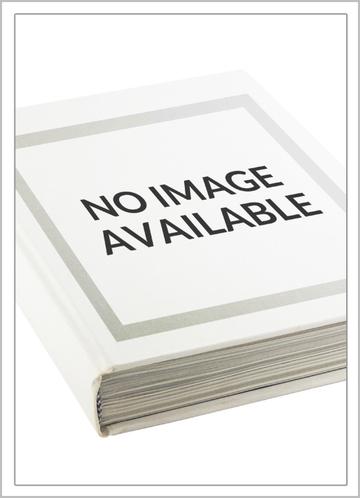 See seminal images of Canada’s First World War experience in a new light — offered in full colour for the first time. With contributions in both French and English from Margaret Atwood, Tim, Cook, Charlotte Gray, Paul Gross, Peter Mansbridge, and many others.

Canadians today see the First World War largely through black and white photography. Colourizing these images brings a new focus to our understanding and appreciation of the role Canada played during the First World War. It makes the soldier in the muddy trench, the nurse in the field hospital, and those who waited for them at home come to life. Immediately, their expressions, mannerisms, and feelings are familiar. They become real. They Fought in Colour is a new look at Canada’s experience during the Great War. A more accessible look. A more contemporary look.

The Vimy Foundation is a registered Canadian charity, founded in 2006, with the mission to preserve and promote Canada’s First World War legacy, best symbolized by the victory at Vimy Ridge in 1917.

Paul Gross is internationally known for his role as Constable Benton Fraser on the multi award-winning drama series Due South. He was honoured with two Gemini Awards for Best Actor, and one Gemini Award for his writing on the series. Gross also received two Gemini Awards for best performance by an actor in the critically acclaimed series Slings & Arrows.

In 2000, Gross wrote, directed and starred in the feature film Men with Brooms, which was the highest-grossing English-language Canadian film of the previous 20 years. He also starred in, co-wrote and produced the miniseries H2O as well as its sequel The Trojan Horse.

In 2008 Gross released his feature film Passchendaele, a movie based on the famous First World War battle heroically fought by 50,000 Canadians in the bloodied fields of Ypres, Belgium. Passchendaele, which Gross wrote, directed and starred in, was the highest grossing Canadian film of 2008 with the box office reaching over $4.5 million, and recently won five Genie Awards, including Best Picture.

Gross has received the Governor General’s Performing Arts Award and the Pierre Burton Award. He was recently appointed to the Order of Canada and also received the Earle Grey Award, a Lifetime Achievement Award, from the Academy of Canadian Cinema and Television.

Peter Mansbridge served as the former chief correspondent for CBC News for more than twenty years. He has three children and lives with his family in Stratford, Ontario.

Daniel Poliquin is one of Canada’s leading francophone writers. The author of nearly a dozen books in French, mainly novels and short story collections, he holds Master’s degrees in both German and Comparative Literature, and a doctorate in French Literature. The award-winning author is also a Chevalier in the Ordre de la Pleiade, a recipient of the Queen’s Jubilee Medal, and a Member of the Order of Canada. In 2006, he was awarded an honorary doctorate from the University of Ottawa. All of Poliquin’s novels have been translated into English and the author is a noted literary translator himself, who has translated many important books into French, including works by Mordecai Richler, Jack Kerouac, W.O. Mitchell, Matt Cohen, and Douglas Glover. Daniel Poliquin lives in Ottawa, where he works as a parliamentary interpreter.
Author profile page >
Contributor Notes

The Vimy Foundation is a registered Canadian charity, founded in 2006, with the mission to preserve and promote Canada’s First World War legacy, best symbolized by the victory at Vimy Ridge in 1917.

Scrawled in chalk on a rusty brick Toronto wall – "Don't Forget Us." Five wounded Canadian soldiers, only one willing, or able to smile, sit beneath the graffiti. This is but one of the extraordinary glimpses of Canadians at home and at the front filled with the tones, tints, and hues of life and death during the First World War. The text and the photographs, in colour for the first time, educate and then haunt us; they are, in fact, quite unforgettable.

Showcasing the incredible efforts of the Canadian Expeditionary Force during the First World War, They Fought in Colour connects us to the daily life of the soldiers and their families in an entirely new way. This unique book will ensure the service and sacrifice of those who served Canada a century ago are never forgotten.”

Canada’s Great War comes vividly to life in this superb collection of colourized photographs of the battlefield and the homefront. The texts too add much to this nation’s saga of mobilization, sacrifice, and victory. This book is one to pore over again and again.