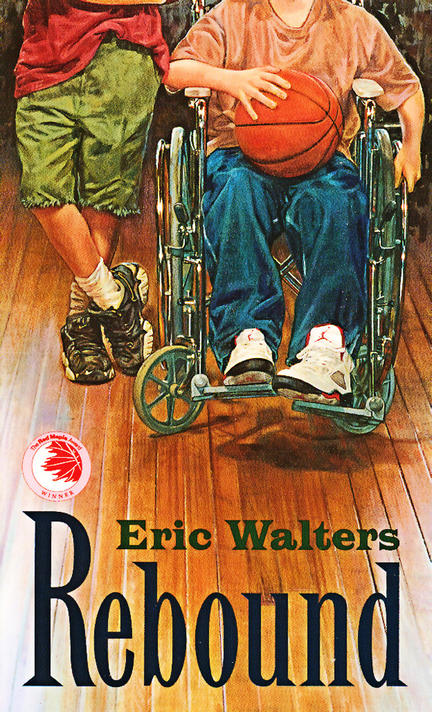 It's like I said, it isn't what
you do with the shots you make,
but the ones that don't go in. The rebounds.

Sean vows that this year will be different: he'll stay out of trouble and make the basketball team, even if it means ditching his old friends.

David also needs to make a new start. A serious accident has left him confined to a wheelchair and horribly bitter about how his life has changed.

Forced together, the boys learn to like each other, and their friendship may be what they both need to get back in the game.

Eric Walters' knowledge of his fourteen year olds is evident. His characters, their dialogue and the situations ring true. Mr. Walters has again written a satisfying novel on his twin themes of the need to belong, and the ability of the individual to rise to the challenges of life.
- Resource Links

International Day of People with Disabilities