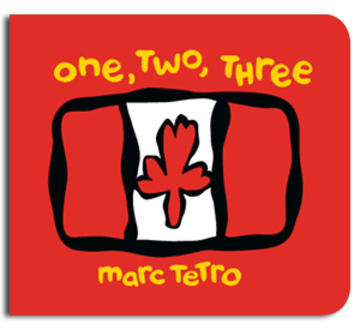 A first counting book with unforgettable Canadian symbols for the very young.

About the Author
Marc Tetro was born in rural Ste. Anne, Manitoba, Canada, and studied art at LaSalle College in Montreal, Quebec, where he began his career designing T-shirts. Since then, he has received commissions from The World Wildlife Fund, Yellowstone National Park, and the Canadian Foundation for AIDS Research, among others. Recognizing Tetro’s unique talent, The Walt Disney Company chose to represent him as his licensing agent, making him the first living artist to get such an offer. He has authored children’s books, which include New Boots for Hudson and A Barbecue for Charlotte.
Author profile page >
Recommended Age and Grade