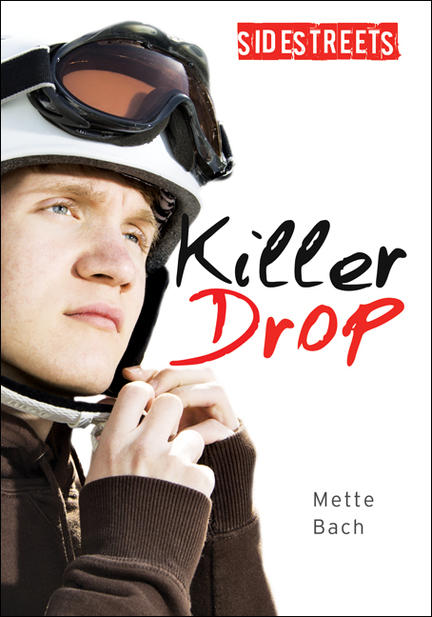 Marcus has it all: charm, good looks, successful parents, endless opportunities and anything money can buy. Along with his best friend, Tom, and Tom's crush, Yasmin, he escapes to his parents' resort condo during a school trip to Whistler, B.C. And he can't refuse when drinking makes Yasmin determined to hook up with him instead of Tom. The three decide to ditch the rest of the group and ski out of bounds. And the thrill is extreme -- until Yasmin dies going over an unmarked cliff and Tom is left paraplegic. To Marcus's horror, the school decides to blame and expel Tom rather than face the power of Marcus's father and his lawyers. Can he deny his part in what happened? Or should he turn his back on his perfect life and face up to the consequences of his actions?

Born in Denmark, Mette Bach grew up in North Delta. Her essays have appeared in Vancouver Review, First Person Queer (Arsenal Pulp Press), Second Person Queer (Arsenal Pulp Press) and Visible: A Femmethology (Homofactus Press). Her journalism has appeared in The Advocate, The Globe & Mail, and Xtra. She has an MFA in creative writing from UBC, writes a column called Not That Kind of Girl for Outlooks Magazine (Canada's LGBTQ Magazine) and Out Look Weekly (in Columbus, Ohio). She teaches four creative writing courses for the Continuing Studies Department at Langara College. Karen X. Tulchinsky directed Mette Bach's first screenplay, Ms. Thing, which played at film festivals around the world. Daniella Sorrentino directed her second screenplay, Viral, which will debut at festivals this summer. Off the Highway is her first book.

"In spite of its brevity, few words on a page, and simple vocabulary, this book is aimed squarely at teens. Coarse language, sex, drinking, and a frank discussion of suicide are all part of this tale."

Other titles by Mette Bach