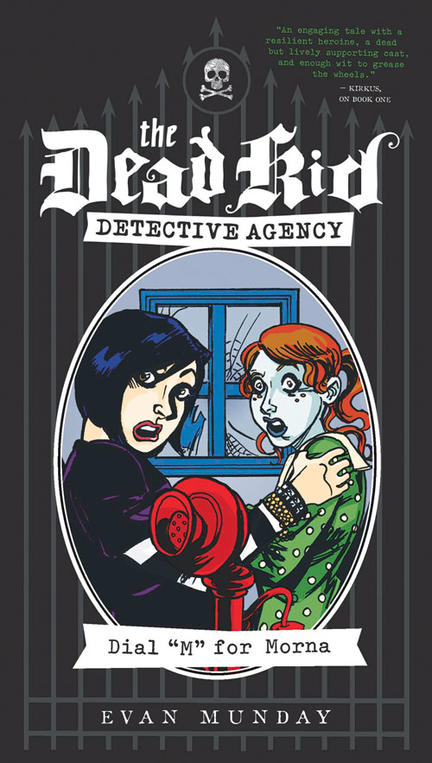 October Schwartz and her five deadest friends are back. The holiday season has descended upon the town of Sticksville like an eggnog rainstorm, but October has no time for candy canes or mistletoe. She’s busy dealing with an oddly pleasant new history teacher, her living friends’ new roles as high-school radio DJs, and two (!) new mysteries that need solving before the new year. October and her ghost friends are hot on the trail of the person (or persons) responsible for Morna MacIsaac’s death in 1914 — or as hot as one can be on a 100-year-old trail — when October’s friend Yumi finds herself the target of anti-Asian harassment at school. Solving two mysteries at once won’t be easy, but our intrepid heroine in black eyeliner loves a challenge. Follow October, Cyril, Tabetha, Morna, Kirby, and Derek as they sleuth their way through a blizzard of suffragettes, iceskating disasters, mystical telephones, and boats named Titanic, all set against a backdrop of yuletide pandemonium.

Evan Munday is the author and illustrator of The Dead Kid Detective Agency, which was a finalist for the Sunburst Award for fantastical young adult literature and the Silver Birch Fiction Award. He also sometimes makes comics and works as a book publicist for indie press Coach House Books. He lives in Toronto.

“There's a lot to like about this book. Raising the dead kids the first time was obviously an accident, but discovering the rules governing their raising and their limitations is fun for the reader as well as being imaginatively conceived." — CM: Canadian Review of Materials

Loyalist to a Fault