Welcome to Top Grade: CanLit for the Classroom, a blog and preview video series that features new releases from Canadian book publishers ideal for use in K-12 classrooms and school library collections. Throughout the year, we will dive into new titles, highlighting relevant curriculum links and themes. 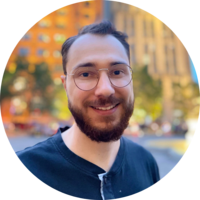 When I was an education student I was invited to visit with the Gay Straight Alliance (GSA) at the high school where I was student teaching. This generous group of students was kind enough to let me ask them questions about how I could be an ally as a new teacher. They were eager to share their perspectives and ideas.

When I asked the group if any of them had ever studied a book with LGBTQ+ characters in Language Arts class, I could see the disappointment in their faces. The tone of the conversation shifted as many of the students shared feeling left out or ignored when it came to classroom study.

Studying LGBTQ+ characters and themes should begin in the earliest grades and continue through high school. Teach from books that combat stereotypes, challenge heteronormativity, and celebrate LGBTQ+ identities. It’s especially important to select texts that reflect the unique experiences that LGBTQ+ youth are having here in Canada.

Picture books, middle grade, graphic novels, young adult, memoir — we are lucky today to have a wide selection of LGBTQ+ texts to choose from! Search out the best LGBTQ+ books and bring them into your classroom. Doing so will help everyone feel included.

Here is a selection of new and upcoming books from Canadian publishers that feature a variety of characters and stories to help teach students about LGBTQ+ identities! 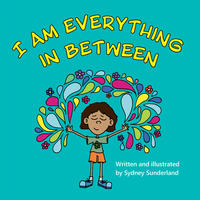 This book is perfect for helping even the youngest readers explore ideas about gender, encourage self-expression, and challenge traditional gender norms.

In Class: To help young students learn more about gender check out the video Gender - Explained from CBC Kids News. 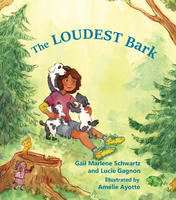 Samuel knows that their true name is Simone, but things at their house are too quiet to think about how to tell their parents. When Chloe the costume designer moves in across the street with a dog about to have puppies, life becomes bigger, more colourful, and louder. Chloe, who becomes Simone’s babysitter, lets Simone play dress-up, trying on beautiful silk dresses and new hairstyles. Soon Simone finds the confidence to share their true name with their parents too.

The Loudest Bark is a sincere exploration of gender and identity; at its core, this book is about the joy of belonging and self-expression.

At his new school, Jordan tries to be invisible. He doesn’t want his classmates to know that he spends every night with his grandmother dressing up in elaborate costumes and putting on shows in their apartment. When he’s forced to pair with Max for a class project, his partner's unique artistic vision helps Jordan begins to see that his sparkling secret deserves to be revealed.

Jordan and Max, Showtime is a partially illustrated early chapter book with a gentle exploration of friendship, gender performance and identity.

In Class: Learn more about the art of drag with videos from the CBC. Watch as kids explain drag and why they do it or learn how to slay with the help of this 9-year old drag queen.

Aimée, a non-binary Anishinaabe middle-schooler, is on a class trip to offer gifts to Paayehnsag, the water spirits known to protect the land. After wandering off to avoid further teasing about their non-binary identity, Aimée is transported to an alternate dimension populated by traditional Anishinaabe figures in a story inspired by Alice in Wonderland.

Rabbit Chase is a story of self-discovery, community, and finding one’s place in the world. This coming-of-age graphic novel explores Indigenous and gender issues through a fresh yet familiar looking glass.

In Class: It’s okay to be curious and have questions about what it means to be non-binary. If being non-binary is a new idea for your students, watch this video where kids meet a gender non-conforming person and ask them questions.

Thirteen-year-old basketball star Jordan Ryker is shocked when his parents separate and his dad announces he's gay. At first, Jordie struggles with processing this change. He feels abandoned by his dad, right before the big championship game. With the help of the new girl and a revelation from his best friend, Jordie soon realizes that while some things change, other things never do.

On The Line is a middle grade novel that explores the themes of friendship, family dynamics, and divorce while challenging harmful ideas and norms around gender and sexuality that persist in sports and athletics.

In Class: Study this book together with the documentary film “Standing On The Line” available from the National Film Board. This documentary explores the impact of coming out in the world of sports, sharing the stories of both professional and student athletes.

Life is moving fast, but nothing shakes the foundations of non-binary teen Ciel’s world more than sharing an unexpected kiss with their best friend, Stephie. Everything they thought was clear is suddenly all mixed up — and that’s without the new problems at school: sexting, peer pressure, and overdue book reports.

Wish Upon a Satellite is a new YA novel that continues non-binary teen Ciel’s adventures attending high school in Montreal. It is an expertly written exploration of modern teenage identity and how to negotiate dating and relationships in the age of social media.

In Class: Learn more about the experiences of trans youth across Canada with the short film “Beauty”. A blog post from the National Film Board includes classroom questions that tie into the film.

Spencer Miller graduated from the University of Calgary with degrees in English and Education. He participated in various projects examining the potential of children’s literature in the classroom as an undergraduate researcher. He is currently a secondary school teacher in Montréal/Tiohtià:ke. You can follow more of Spencer’s passion for books on Instagram @YACanadaBooks.