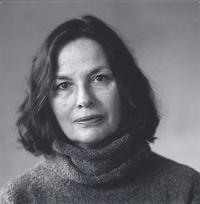 Over the next month, we’ll be interviewing all seven English-language winners of this year’s Governor General’s Literary Awards. We begin our coverage in conversation with renowned translator Linda Gaboriau, winner of the 2019 Governor General’s Award for Translation. She won this year’s award for Birds of a Kind, her translation of Wajdi Mouawad’s play Tous des oiseaux (originally published in French by Leméac/Actes Sud-Papiers).

Praising her work, the jury says, "This translation artfully captures the constantly shifting identities and tones that form the core of this controversial play. With pitch perfect, evocative precision, Gaboriau once again shows her faultless grasp of the emotional and intellectual complexities and nuances of translating for the stage and, in particular, Mouawad’s brilliant, challenging work."

Linda Gaboriau is a literary translator and dramaturg. She has translated more than 125 plays, including those of some of Quebec’s foremost playwrights, which have been published and produced on both Canadian and international stages. She has received many awards for her work, namely two previous Governor General’s Literary Awards for Translation (Stone and Ashes, 1996, and Forests, 2010). Linda was the founding director of the Banff International Literary Translation Centre and was named a Member of the Order of Canada in 2015. She lives in Montréal, Quebec.

THE CHAT WITH LINDA GABORIAU

Congrats on your third Governor General’s Literary Award for Translation, Linda! How does winning feel this time around?

Translation is a discreet, almost invisible literary art, so the recognition that comes with a GG award is incredibly gratifying no matter how many times a translator wins the award! This time I was stunned, because I won in 2010 for a previous play by Wajdi Mouawad, and I know and admire the work of some of the other finalists so I truly did not expect to win again.

Can you share one or two challenges that you encountered when translating Birds of a Kind?

Capturing distinct voices for the characters who were of Israeli, German, Moroccan, and North American origin — while avoiding stereotypes — was a special challenge. Wajdi developed this play, which was performed in Paris in German, Hebrew, English and Arabic with French surtitles, working over two to three months with actors from Israel, Germany, Syria and one young English/US/German actor, along with all four of us translators. It was a privilege to be part of that process (during two two-week stints) and I wanted to honour the input of all those participants when I sat down to create the integral English translation for Playwrights Canada Press and the production at the Stratford Festival. And of course, there is the challenge of Wajdi's unique style that includes many non-naturalistic and lyrical passages.

Wajdi developed this play, which was performed in Paris in German, Hebrew, English and Arabic with French surtitles, working over two to three months with actors from Israel, Germany, Syria and one young English/US/German actor, along with all four of us translators.

This is a question for jury members who actually compare the translation to the original. I assume they look for "accuracy" but most of all, for a fluid and faithful rendition of the original author's idiosyncratic style and tonality.

Why is it important for English Canadians to read the translated work of French-Canadian writers?

It is important for Canadian readers to read the literature of francophone authors from Quebec for the same reasons it is important for them to read World Lit in translation: discovering other ways of seeing and experiencing the world we live in. Quebec/French Canada is in many ways "a distinct society" and the writers often bear testimony to a different vision of contemporary life (and of history!).

I just finished reading Atwood's The Testaments and next on my Canadian list is Annabel (belatedly) and Boundless by Kathleen Winter.

Excerpt from Birds of a Kind

2. The first night after the massacre

A hospital room. A NURSE enters.

NURSE. Sorry. Visiting hours are over. You have to leave now. Until seven tomorrow morning.

NURSE. It’s eight o’clock. You have to leave now. Until seven tomorrow morning.

WAHIDA. Will you call me if he wakes up in the night?

NURSE. Do we know where to reach you?

WAHIDA. I lost my phone. You can reach me on Eitan’s phone or at the Paradise Hotel. Lions’ Gate.

NURSE. You should move closer to the hospital. The army might close off the Muslim Quarter.

WAHIDA. Can I stay here?

NURSE. I’m sorry. The entire floor is occupied by victims of the attack. Many of them will die tonight. The first night after an attack separates the living from the dead. You couldn’t handle it. No one can. So we limit the number of people present. Otherwise, we’d fall apart, too. The days ahead are going to be difficult. You have to get some rest. You have to sleep.

WAHIDA. I can’t sleep. I replay the scene in my head as soon as I’m alone. I close my eyes and it all comes back, the bridge, the people, the heat, the sun, customs, the body search, an endless loop of images until the explosion.

NURSE. Were you together?

WAHIDA. They had separated us. That’s what saved me and probably saved him too. If they hadn’t decided to search me, both of us probably would have died on that bus to Jordan. But when the truck attacked, I was still being interrogated. Eitan had told me, I’ll wait for you, and we were separated. I didn’t see it happen. I was with a woman soldier who was body-searching me when the explosion took place. A horrendous vomiting followed by the smell of burnt flesh. I had never seen so many dead bodies.

NURSE. Are you alone in Israel?

NURSE. Where does his family live?

NURSE. Have they been notified?

WAHIDA. I’m not the right person to contact them.

NURSE. They have to be notified. Where are you from?

NURSE. Contact his parents. That’s the first thing to do. You can’t face this alone. What’s your name?

NURSE. My name is Sigal. Here.

She hands WAHIDA a tablet.

This will help you sleep. If Eitan wakes up, I’ll call you. I promise.