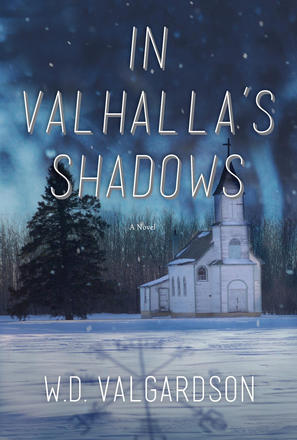 When we refer to reserves today, we usually apply the term to the lands occupied by Indigenous people. However, in its determination to keep America and Americans at bay, the government of Canada used a system of reserves to encourage settlement of Western Canada. One of those reserves was known as New Iceland. It was incorporated into Manitoba when the postage stamp province expanded. A number of books have been written about this experiment with Icelandic immigrants. However, Eyford has expanded the narrow view of the earlier writers to demonstrate how little control the settlers had over their lives and how political and economic decisions in faraway Ottawa determined their fate.

As Their Natural Resources Fail, by Frank Tough

Every individual who complains about “Indians” should be forced to read this book. It contains shocking information about the role of The Hudson Bay company and how it turned self-sustaining Indigenous communities into dependent workers, introduced the idea of credit, exploited them, and when the York boats were replaced, left them abandoned to die. Viable societies were made unviable in the commercialization of the fur trade. If there is a case for genocide, it is here.

Son Of A Trickster, by Eden Robinson

Eden has made a place for herself, not just in the expanding community of Indigenous writers, but in the broader society of Canadian writers. She sets this narrative on the Kitimat Reserve and she spares no one. Her tale of Jared, the 14-year-old protagonist, is brutal but mixed with humour. As strange as some of the events in the book are, there is a sense of how uncoordinated reality is not just for Jared but all of us.

Be Still The Water, by Karen Emilson

This is an historical novel set on the shores of Lake Manitoba. It is a family saga of Icelandic immigration to Canada. The narrator, Asta, the middle daughter in the Gudmundsson family, tells the story in the face of her coming death. Diversity may be our strength but many of the myriad ethnic and religious groups that came to settle Canada and bore tremendous hardships have had their stories forgotten. Emilson helps to bring this story of immigration and struggle back to life.

The Afterlife of Birds, by Elizabeth Philips

A celebration of the ordinary, an answer to all the people who say “I have nothing to write about.” Henry Jett is in a dead-end job, has just lost his girlfriend because of his strange obsession with animal bones, has a brother who spends all his life running away, and a strange but wonderful friendship with a woman whose life has been as exotic as Henry’s is dull and commonplace. From this, Phillips builds a beautiful and compelling story.

Among The Walking Wounded: Soldiers, Survival and PTSD, by Colonel John Conrad

Canada—that is, you and I through our elected representatives—has long sent its military to distant places to fight in questionable wars. We’ve counted the cost in money, lives lost, arms lost, legs lost, but we have refused to accept that minds have been lost and, in some cases, never recovered. Only recently has there been acknowledgement that first responders whether they are military, police, or emergency personnel often pay a high psychological cost, sometimes resulting in suicide. Maybe if we did acknowledge it, we wouldn’t be so quick to volunteer our people for tasks where the unseen cost is so high.

I’ve always admired Munro’s short stories. I approach them the way I would reading Chekhov. The language is as precise as if it were made of diamonds. The moments she captures, I recognize or remember after having carelessly forgotten them. However, times have changed and while the stories are still perfect and pleasurable I cannot help but think of Terese Marie Mailhot and Heart Berries and wonder what language can contain and explain that much pain.

About In Valhalla's Shadows:

Ever since the accident, ex-cop Tom Parsons’s life has been crumbling around him: his marriage and career have fallen apart, his grown children barely speak to him, and he can’t escape the dark thoughts plaguing his mind. Leaving the urban misery of Winnipeg, he tries to remake himself in the small lakeside town of Valhalla, with its picturesque winter landscape and promise as a “fisherman’s paradise.” As the locals make it clear that newcomers, especially ex-RCMP, are less than entirely welcome, he throws himself into repairing his run-down cabin.

But Tom has barely settled in the town when he finds the body of a fifteen-year-old Indigenous girl on the beach, not far from his home. The police write off Angel’s death as just another case of teenagers partying too hard. But the death haunts Tom, and he can’t leave the case closed—something just doesn’t add up. He begins visiting the locals, a mix of Icelandic eccentrics, drug dealers and other odd sorts you’d expect to find in an isolated town, seeking out Angel’s story. With the entitled tourists with their yachts and the mysterious Odin group living up the lake, Valhalla is much more than it originally seemed. And as Tom peels off the layers, he hopes to expose the dark rot underneath.

W.D. Valgardson’s expert manipulation of metaphor and imagery brings a mythic scale to the murder mystery at the heart of In Valhalla’s Shadows. He shapes a portrait of small-town living with frank depictions of post-traumatic stress, RCMP conduct, systemic racism and the real-life tragedies that are too often left unsolved.

W.D. VALGARDSON is an Icelandic-Canadian writer. He taught creative writing at the University of Victoria for thirty years, during which time he mentored many writers including W.P. Kinsella, Eden Robinson, and Richard Van Camp.He has won several awards, including the Books in Canada First Novel Award for Gentle Sinners and the Ethel Wilson Fiction Prize for The Girl with the Botticelli Face. Born and raised in Gimli, MB, Valgardson now lives in Victoria, BC.

New Iceland and the Colonization of the Canadian West

In 1875, Icelandic immigrants established a colony on the southwest shore of Lake Winnipeg. The timing and location of New Iceland was not accidental. Across the Prairies, the Canadian government was creating land reserves for Europeans in the hope that the agricultural development of Indigenous lands would support the state’s economic and politi … 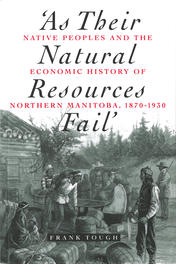 As Their Natural Resources Fail

Native Peoples and the Economic History of Northern Manitoba, 1870-1930

In conventional histories of the Canadian prairies, Native people disappear from view after the Riel Rebellions. In this groundbreaking study, Frank Tough examines the role of Native peoples, both Indian and Metis, in the economy of northern Manitoba from Treaty 1 to the Depression. He argues that they did not become economically obsolete but rathe … Afterlife of Birds, The

A gorgeous, deeply felt debut novel about obsession, loneliness, and the surprising ways we find to connect with each other.

Henry Jett's life is slowly going nowhere. His girlfriend recently left, and his job in a local garage is uninspiring, considering that he doesn't particularly like cars. Henry f …

Among the Walking Wounded

A gripping account of PTSD, and a stark reminder that, for many, wars go on long after the last shot is fired.

In the shadows of army life is a world where friends become monsters, where kindness twists into assault, and where self-loathing and despair become constant companions. Whether you know it by old names like “soldier’s heart,” “shel … 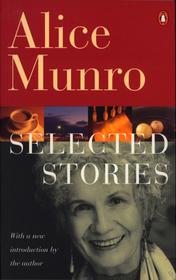 "All of her characters, even the minor ones, are given histories. And in the end we are witness to eruptions of emotional earthquakes, large and small."
-Newsday

"Alice Munro is a great story writer...These stories are loosely woven and brilliantly wrought...she is unique, there is no one quite like her."
- A.S. Byatt, The Globe and Mail 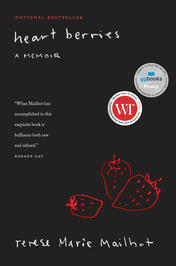 Ever since the accident, ex-cop Tom Parsons’s life has been crumbling around him: his marriage and career have fallen apart, his grown children barely speak to him, and he can’t escape the dark thoughts plaguing his mind. Leaving the urban misery of Winnipeg, he tries to remake himself in the small lakeside town of Valhalla, with its picturesqu … 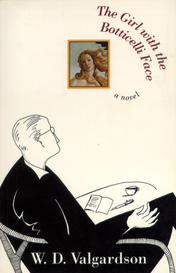 Girl With The Botticelli Face

by B Valgardson
edition: Paperback
tagged:
comments powered by Disqus