Sam Wiebe (whose most recent novel is Cut You Down, which “convincingly brings Raymond Chandler into the twenty-first century," according to a starred review in Publishers Weekly) recommends eight other crime novels set in the Pacific Northwest.

Find You in the Dark, by Nathan Ripley

Seattle: Martin Reese is a retired tech millionaire who spends his free time searching for the bodies of undiscovered serial killer victims. Is he a heroic benefactor, doing what the police can’t, or is he motivated by something darker? Find You In the Dark captures the uncomfortable overlap of Seattle’s business and culture sectors.

Vancouver and the US/Canada border: Kalteis’s tale of 70s’ Vancouver focuses on the emerging punk scene, as well as the cross-border pot trade. His work has been compared to Elmore Leonard before, but he brings an understanding of the music industry all his own, and a flair for showcasing Vancouver’s outlaw history.

It All Falls Down, by Sheena Kamal

Downtown Vancouver: A dark story of love and death, partially set in a wildfire-ravaged Vancouver, It All Falls Down examines topics like North America’s treatment of refugees and soldiers. Nora Watts is on a search for clues to her father’s mysterious death, and to her own fractured family life. An engaging thriller, leavened with a sense of humour which veers between acidic and absurd.

Suburban Lower Mainland: Property Values perfectly captures the despair of young people facing the Lower Mainland’s housing crisis. Scott, the book’s schlubby protagonist, is determined to stay in his family home. His solution: stage a gang shooting in the hopes of driving down property values. But what happens when real gangsters get wind of this?

Victoria and Quadra Island: Mugger Tommy Marlo stumbles on the location of a stash of money belonging to outlaw bikers, kickstarting a breathless chase across Vancouver Island. It’s a propulsive book, populated with crooks and ne’er-do-wells reminiscent of a Coen Brothers film. Quadra Island and Victoria have never seemed more dangerous.

Son of a Trickster, by Eden Robinson

Kitimat and Terrace, Haisla territory: My local bookseller described Son of a Trickster as “First Nations Twin Peaks,” and that captures the combination of realism, dark humour, and the supernatural. Robinson writes about poverty and working class people in a way that calls to mind early Stephen King.

Hazelton, Northern BC: Two small-town cops butt heads as they follow the trail of a killer in Northern BC. Greenaway takes the police procedural and drops it into unfamiliar and often-unforgiving terrain. B.C.’s answer to Henning Mankell’s Wallander series.

Dawson City: Wild paints a claustrophobic picture of Dawson City in wintertime. Trapped by snow and suspected of a politician’s murder, journalist Jo Silver has to extricate herself from the clutches of the law. An absorbing thriller steeped in the history and culture of the Yukon.

About Cut You Down, by Sam Wiebe:

Vancouver PI Dave Wakeland returns, hot on the trail of a missing college student who may or may not have stolen half a million dollars. What starts as a straightforward runaway case soon gives way to a tangled mess of dirty money, betrayal, and murder, pitting the resourceful but over-his-head detective against suburban gangsters, a corrupt cop, and a contract killer with a fondness for blades—one of which seems destined for Wakeland's throat...

Sam Wiebe's morally challenged young detective takes up a cross-border chase that twists and surprises like only Vancouver's next master of crime could write. Never one to back down from the big issues plaguing his city of shining towers and forgotten corners, Wiebe returns with a vicious caper that threatens to leave no one—not his rogue detective, nor Wakeland's family and friends (or even a few of his enemies)—standing. 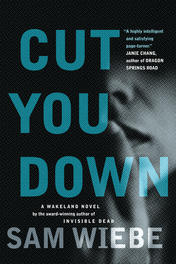 Vancouver PI Dave Wakeland returns, hot on the trail of a missing college student who may or may not have stolen half a million dollars. What starts as a straightforward runaway case soon gives way to a tangled mess of dirty money, betrayal, and murder, pitting the … 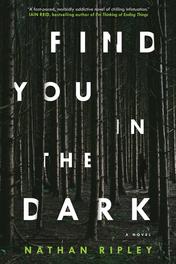 Find You in the Dark

In this chilling debut thriller, in the vein of Dexter and The Talented Mr. Ripley, a family man obsessed with digging up the undiscovered remains of serial killer victims catches the attention of a murderer prowling the streets of Seattle.

Martin Reese is obsessed with murder.

For years, he has been illegally buying police files on serial kille … 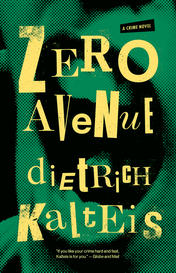 “If you like your crime hard and fast, Kalteis is for you.” — The Globe and Mail

Set to the cranking beat and amphetamine buzz of Vancouver’s early punk scene, Zero Avenue follows Frankie Del Rey, a talented and rising punk star who runs just enough dope on the side to pay the bills and keep her band, Waves of Nausea, together. The trouble …

It All Falls Down

The brilliant, fearless, deeply flawed Nora Watts—introduced in the "utterly compelling" (Jeffery Deaver) atmospheric thriller The Lost Ones—finds deadly trouble as she searches for the truth about her late father in this immersive thriller that moves from the hazy Canadian Pacific Northwest to the gritty, hollowed streets of Detroit.

The worlds of urban gentrification, overpriced real estate, and gang violence collide in this wry and sardonic crime novel by author and comedian Charles Demers (Vancouver Special, The Horrors).

As a shaky truce between suburban gangsters starts to unravel, schlubby civilian Scott Clark has other things on his mind: if he can't afford to buy out his …

For a guy who mugs people for their laptops, Tommy Marlo isn’t such a bad guy. He can’t help trying to make the people he meets — even those he mugs — feel better about their situation. Unfortunately for Tommy, he rips off the daughter of a psychotic, high-ranking member of a notorious motorcycle gan … It’s too cold to go missing in northern B.C., as a mismatched team of investigators battle the clock while the disappearances add up.

A popular rockabilly singer has vanished in the snowbound Hazeltons of northern B.C. Lead RCMP investigator David Leith and his team work through the possibilities: h …

As winter closes in and the roads snow over in Dawson City, Yukon, newly arrived journalist Jo Silver investigates the dubious suicide of a local politician and quickly discovers that not everything in the sleepy tourist town is what it seems …