"On Our Radar" is a monthly series featuring books with buzz worth sharing. We bring you links to features and reviews about great new books in a multitude of genres from all around the Internet.

"The central question of the book is not a question but a quest. One man’s quest for a deeper appreciation of his chosen home place in the Far North. Northern Canada is a place so fraught with clichés and stereotypes that it rarely emerges honestly in written descriptions. Throughout my years in the north I have always chafed against those sappy portrayals which constrain and alter perceptions of the North. As I got farther into the writing I also came to grips with my own lifelong fascination with North and with 'north-ness.' What was driving me out the door into the cold at 40 below zero? Why this lifelong fixation on North? Those are questions that emerged as I wrote, and I try to answer them in the book."

The Gallery of Lost Species, by Nina Berkhout

Reviewed in The Globe and Mail by Julienne Isaacs:

"Berkhout is a well-known poet in Canada’s small-press circuit, but rather than falling into slow-moving poeticism she applies her poet’s sensibilities to keep the pace moving. Her pithiness can be devastating ('Grief was untidy,' she writes. 'My mother wanted no part in its damage to her composure'), but it also reflects Edith’s gimlet-eyed honesty as a narrator...The novel—one of the most deeply moving stories I have read in many years—reminded me of Natalee Caple’s In Calamity’s Wake or Karen Hofmann’s After Alice in its gentle attention to memory and the pursuit of 'unreachables,' but The Gallery of Lost Species also harkens back to Hugh MacLennan’s and Robertson Davies’s heady, art-obsessed era."

"Wise readers should forego this review and instead find Sarah Yi-Mei Tsiang’s Status Update. Her second collection of poems and seventh book in three years is an oddly profound, quirkily rewarding catch-all interpretation of Facebook postings. It is a deceptively simple premise, but what began as a writing exercise for the author fresh from completing her MFA at the University of British Columbia has bloomed into something else—a fun and moving exercise for readers. Tsiang discovers not merely found poetry, but found inspiration."

The Dogs, by Allan Stratton

Received a starred review in Quill & Quire, by Sarah Ellis:

'Teenager Cameron and his mother have been living in an impossible situation for years. When Cameron was eight, his mother escaped a violently abusive marriage. Since then her ex-husband has been pursuing them. No matter where they move, he finds them. Or does he? From the first page, Stratton sets up a taut ambiguity. Either Cameron’s father is a clever stalker or his mother is suffering from paranoia. Are the precautions she takes—the constant surveillance, the prohibitions against Cameron’s use of social media—sensible or crazy? We don’t know, and neither does Cameron, from whose perspective the tale is told.' 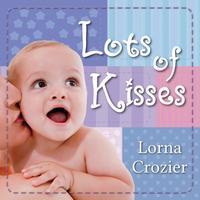 Lots of Kisses, by Lorna Crozier

Reviewed at The National Reading Campaign by Linda Ludke:

"Beautifully designed on thick, sturdy pages, this board book will hold up to repeated readings. The typeface is offset against lightly coloured, patterned backgrounds and an adorable, full-page photograph of a smoochable baby accompanies each line. Crozier’s playful wit and humour shines through, such as in the irresistible photo of a baby gleefully sticking her toes in her mouth, accompanied by the line:  'If I kiss your littlest toes/ Whoops! – already they’ve been kissed.'"

A veteran dog musher, Dave Olesen finished the Iditarod Trail Sled Dog Race eight times. After a fifteen-year career as a sled dog racer, Olesen set out to fulfill a lifelong dream. In four successive winters he steered his dogs and sled on long trips away from his remote Northwest Territories homestead, setting out in turn to the south, east, nort …

The Gallery of Lost Species

Just as thirteen year-old Edith Walker is about to leave childhood behind, she thinks she spots a unicorn high on a slope while hiking. Her daydreamer father Henry convinces her that what she’s seen is real. Edith’s sighting of the fabled creature – and her unfailing belief that the imaginary creature will eventually be found – sets in moti … 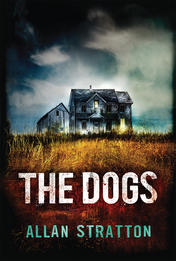 Cameron and his mom have been on the run for five years. His father is hunting them. At least, that’s what Cameron’s been told.

When they settle in an isolated farmhouse, Cameron starts to see and hear things that aren’t possible. Soon …

Award-winning poet Lorna Crozier’s soothing lullaby delights in kisses for baby from head to toe. Combined with beautiful photographs, Lots of Kisses is the perfect board book for parents and caregivers to snuggle up and read with their oh-so-kissable little ones.