Every month, our resident children's librarian, Julie Booker, brings us great stories from the stacks. May is Mystery Month at 49th Shelf, and Julie's picks are in the spirit.

John Spray grew up on Nancy Drew and Hardy Boys. He became the President of the Mantis Investigation Agency and, in 2011, established the John Spray Mystery Award for novels for ages 8 to 16. (The award is administered by the Canadian Children's Book Centre). Four of the following five titles were winners or nominees, and the other is remarkable in its own right. 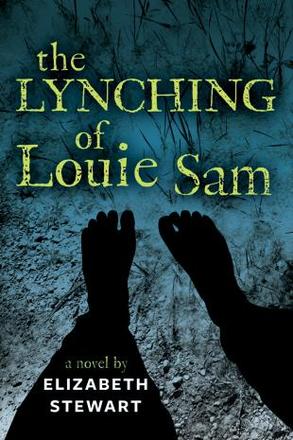 The Lynching of Louie Sam, by Elizabeth Stewart, is a compelling story, based on true events—the only recorded lynching in Canada. The book opens in 1884, in Washington Territory, with 15-year-old George Gillies finding the local store owner murdered. The facts point to Louie Sam, a native boy a year younger than George. Sam is arrested and taken to Canada for a hearing but a posse of men (disguised in their wives’ petticoats) ride to BC to snatch him. George’s father is among them and George follows on horseback to witness the hanging. Things get complicated when George discovers Louie Sam may be innocent. George wrestles with his conscience while watching the adults cover up for political reasons. The Gillies family is targeted for being sympathetic to aboriginals.

The author includes a note to say she stuck closely to the facts of the case and the mores of the time in terms of views toward women and natives. The story touches not only on native vs. Western medicine, but also the school system, small-town politics, and justice—the main leaders of the lynching went without consequences. There’s also a hint of romance for George. This John Spray Award winner is appropriate for Grade 6 and up because of its complex issues. 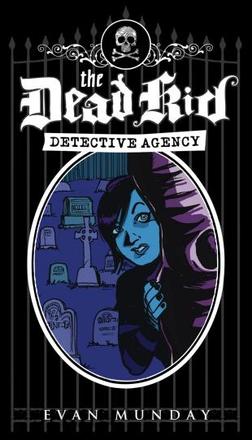 The Dead Kid Detective Agency, by Evan Munday, is edgy enough to appeal to today’s YA audience, and it has Canadian historical content that teachers will love. Munday uses three voices (printed in three different fonts, to help the reader). One comprises October Schwartz’s first-person account of moving to a new town with her dad (her mother left him ten years ago for another man). She’s labelled “Zombie Tramp” on her first day at school by the resident bully. Her father, also the auto shop teacher, spends his evenings sleeping, unaware that October slips out to the neighbouring cemetery to write her novel, Two Knives, One Thousand Demons. There, she meets five dead kids, including a Loyalist, a passenger on the Underground Railroad, and a Mohawk killed in the Oka standoff. Another voice involves a playful narrator, recapping events, reminding us to earmark certain chapters. And the third comes from letters from a diary dated 1968, written a mysterious Henri LaFleur, a Quebec Nationalist.

The mystery starts when Mr. O’Shea, October’s favourite teacher, is crushed by his own car on the auto shop’s hydraulic lift. October suspects he’s been murdered, and with the help of the Dead Kids, finds several teachers with a motive—ties to the FLQ. Running alongside the mystery are themes of struggling to find a peer group, adjusting to a new school, having a single (depressed) parent, and physical fighting in school. There’s a fun glossary at the back to explain "retro" references such as REO Speedwagon and The Jetsons. 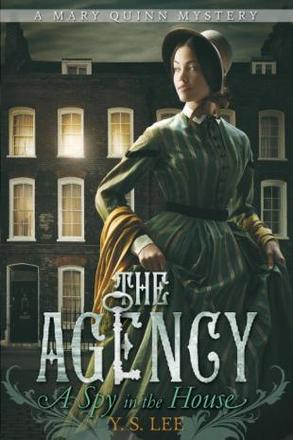 The Agency: A Spy in the House, also a John Spray winner, by Y.S. Lee, is set in the mid 1800s. It’s the first of four books. A 12-year-old orphan, Mary, is about to be hanged for thievery. At the last moment she’s saved by the head teacher of a school for girls. After four years at The Academy for Girls, she grows restless for another life, but not one involving a husband and children. Her ability to open locks, pick pockets, and defend herself physically earn her an invitation to join "The Agency." Her first task is to pose as a young girl’s companion (female domestic servants are never considered suspicious) in order to gain evidence of the businessman’s wrongdoings; he’s smuggling stolen artifacts from India. Mary meets James Easton, in a closet, of all places, searching for evidence against the same man.

This one is as much romance as it is mystery. Much is made of Mary’s exotic looks, which point to a dark secret of her own—a Chinese father. Lee captures the values of the time regarding "half-castes." 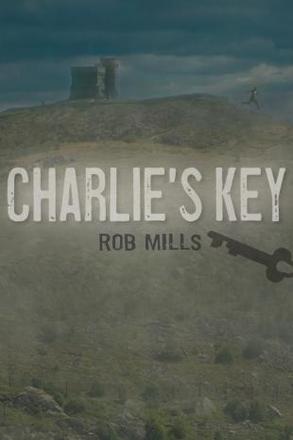 Charlie’s Key, by Rob Mills, opens with the line: “My dad never saw what killed him—leastways, that’s what the cops said.” Charlie and his father are pulled from a car crash after a run-in with a moose. The 13-year-old is taken to a juvenile delinquent home because there’s no room in the foster system, while his father lies in a coma. Charlie has one final visit with him where his father squeezes his hand and surreptitiously passes him a key.

Charlie doesn’t know much about his dad or his dead mother or why no family ever visited but once his father dies there are people who take an interest in him—each with their own agenda. There’s Tubby, the lieutenant who hangs around and drops snide comments about Charlie’s dad’s shady past. There’s Frankie, his new illiterate delinquent friend, who needs Charlie to write a "get out of jail" test. There’s Clare in the neighbouring detention facility, who uses him to get her next fix of Oxycontin. And the most menacing one ... his recently released-from-prison uncle who wants that key. The trade-off means Charlie learns the truth about his father and his family’s past.

Although Mills doesn’t make us privy to much of Charlie’s thinking, we gather, through dialogue and reaction, that Charlie is a hard-done-by kid with enough sense and chutzpa to take on the criminals he encounters. This John Spray Award winner is a page-turner that doesn’t talk down to the YA reader or make contrived plot twists just to solve a mystery. Warning: this one is for Grade 7 and up because of a story line about pedophilia. 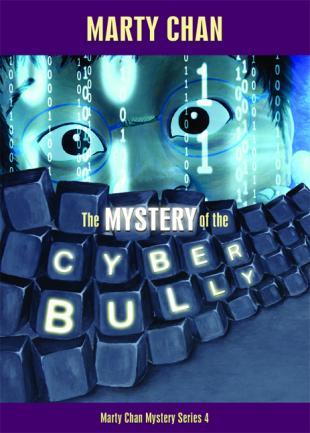 The Mystery of the Cyber Bully, by Marty Chan, was a John Spray runner-up. It’s one in a series featuring sleuth Marty Chan, a modern day Encyclopedia Brown, tracking down IP addresses, using GPS systems and a spy camera (hidden in a teddy bear) to identify the culprit. But it still comes down to the one clue that cracks the case; in this instance, a recurring phrase in the incriminating emails. There’s humour in this story for ages 9–12, particularly in the character of Marty’s mother, who frequently asks Marty to pick the "junk" out from between her toes. It also addresses deeper issues of coercion, tattling, a best friend moving away and racist stereotyping in the form of slurs against the Chinese—all real-world concerns, and a far cry from Drew and the Hardy brothers. 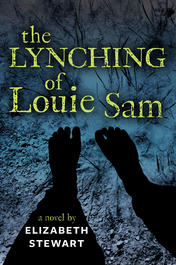 The Lynching of Louie Sam 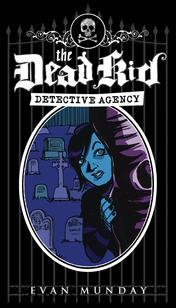 Thirteen-year-old October Schwartz is new in town, short on friends, and the child of a clinically depressed science teacher. Naturally, she spends most of her time in the Sticksville Cemetery, which just happens to border her backyard. And that backyard just happens to be the home of five dead teenagers, each from a different era of the past: the …

When Charlie Sykes wakes up in hospital in St. John's, he learns that he and his father have been in a car accident and that his father is dying. As far as Charlie knows, he has no family in Newfoundland. But then Uncle Nick shows up and is ke … 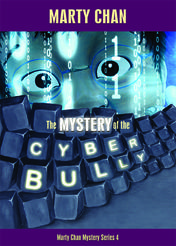 How do you find a bully who lurks on the Internet and lashes out at helpless victims? Intrepid kid detectives Marty, Remi, and Trina must answer that question if they're to stop a cyber bully targeting their classmates.

In their toughest case yet, the sleuths must follow the electronic trail to their enemy, but the cyber bully outsmarts them at eve …