By Lee Gowan
tagged: lee gowan, the beautiful place, as for me and my house, sinclair ross, saskatchewan, canlit 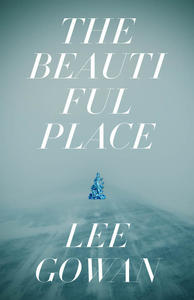 The problem with lists is that they’re too exclusive. Ten Canadian books? I’m almost sixty, and have been reading Canadians all my life, beginning with The Hardy Boys. My Mom’s friend Lorna gave me The Tower Treasure for Christmas in 1966, when I was five.

But if I can only choose ten books, I’ll have to leave The Hardy Boys off the list.

My new novel The Beautiful Place is an homage to Sinclair Ross’s As For Me and My House, so that’s where I’ll kick things off.

Sinclair Ross published As For Me and My House in 1940, just after the great depression, the dustbowl years on the prairies. The first time I read it was in 1981, when I was nineteen. I had recently decided I was going to be a writer and bought the New Canadian Library edition at Safeway in Swift Current while Mom was shopping for groceries. The story, and the stories in his collection The Lamp at Noon, were immediately familiar to me from the stories my father had told me about “the good old days” when he was growing up. My grandfather was a pioneer, and my father grew up i …

Arab Cooking on a Prairie Homestead 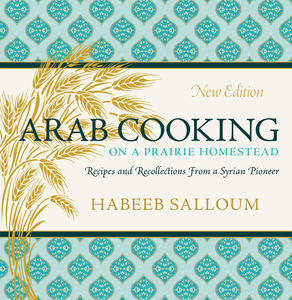 Habeeb Salloum's award-winning book of recipes and recollections of Syrian cuisine in 1930s' Saskatchewan has just been released in a new revised edition, Arab Cooking on a Prairie Homestead. We're pleased to feature the book's introduction by historian Sarah Carter, as well as three stew recipes from the book. Enjoy!

Arab Cooking on a Prairie Homestead has long been one of my favourite books, not only because of the delectable recipes, but because it is a unique work of prairie history. It weaves recipes into a beautiful memoir about growing up on a Saskatchewan farm. Written by the son of homesteaders from Syria, it brings to light the experiences of Arab settlers whose contribution to the history of Canada is not well known. As Habeeb Salloum writes,“today people stare in disbelief when they hear that Arabs homesteaded in western Canada.” They were the first to grow lentils and chickpeas, the pulse crops that are today central to the economy of the prairies. Acquiring seeds from relatives, Salloum’s parents drew on the knowledge of their ancestors who had cultivated pulses in semi-arid conditions for centuries.

As Habeeb Salloum writes,“today people stare in disbelief when they hear that Arabs homesteaded in western Canada.” They were the first … 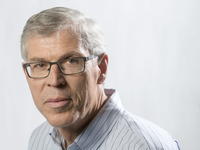 We start our special coverage of this year’s English-language Governor General’s Award winners with a conversation with Bill Waiser, author of A World We Have Lost: Saskatchewan Before 1905.

Of the book, the Governor General’s Award jury says, “From its first page, Bill Waiser’s A World We Have Lost: Saskatchewan Before 1905 surprises the reader with its reconsideration of Canada. In a sweeping blend of narrative, historical detail, and compelling images, Waiser refocuses the country’s story by putting Indigenous peoples and environmental concerns in the foreground.”

Author and historian Bill Waiser specializes in western Canadian history. He has published over a dozen books—many of them recognized by various awards, including a shortlist nomination for the 1997 Governor General’s literary award for non-fiction. Bill is  a frequent public speaker and contributor to radio, television, and print media. He has also served on a number of national, provincial, and local boards. Bill has been awarded the Saskatchewan Order of Merit, elected a fellow of the Royal Society of Canada, named a distinguished university professor, and granted a D.Litt.

THE CHAT WITH BILL WAISER

How did your Governor General Award-winning book come into being?

Wilf Perreault: In the Alley is a stunning full-colour presentation of the work of a significant prairie artist, including essays, prose and poetry that responds to the visual feast. Wilf Perreault is in a class of artists known primarily for a single subject—in his case, the humble urban back alley. Coteau Books proudly joins forces with the MacKenzie Art Gallery to present a coffee-table book with more than a hundred full-colour images, accompanied by essays discussing the work of the artist best known as "Wilf". The book contains an additional treat—11 pieces of creative writing by Saskatchewan literary artists responding to Wilf's work in general, or to specific paintings that have inspired them. Wilf Perreault takes us up his alley, rendered in a breathtaking detail that asks us to take another, closer, look at the everyday.

We are pleased to present a gallery of images from the book, and an excerpt from former Saskatchewan Poet Laureate Don Kerr's contribution, "Wilf Perreault at Work." 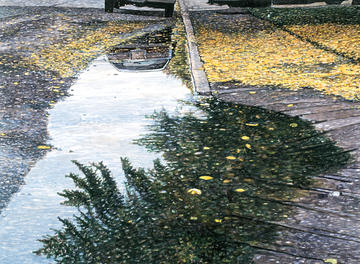 Yeehah! The festival season is beginning, so we're highlighting the final lists of authors appearing at the first four of the season: The Lakefield Literary Festival (Lakefield, ON), the Saskatchewan Festival of Words (Moosejaw, SK), Read by the Sea (River John, NS) and the Leacock Summer Festival (Orillia, ON). In a couple of weeks we'll do the same for Canada's August Lit Fests.

You can purchase tickets via this page.