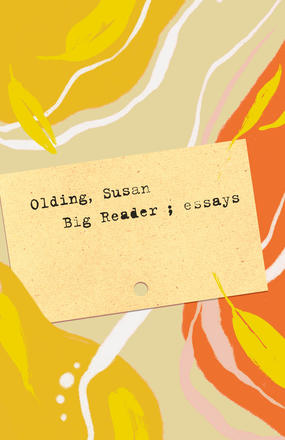 If the pandemic has left you feeling too distracted and foggy to concentrate for long, buy or borrow a book of essays.

Short enough to finish in a sitting, inventive enough to spark your weary brain, intimate enough to dispel some Covid loneliness, an essay is the next best thing to an hour with a smart friend.

The bestselling novel of a decade ago will sometimes seem stale or irrelevant today, but that’s rarely true of an essay. Like your smart friend, the essay has staying power.

Here, then, are eleven stellar essay collections published in Canada over the past decade or so. Most are small press books you might have missed on their first release. Revisit them now—for their continuing relevance, for the comfort or provocation they’ll offer, for the laughter they’ll kindle, for the futures they’ll help us imagine as we slog our way through this third and —let’s hope—final wave of the pandemic.

Anyone who has lost a parent to a lingering illness …

11 Life Stories To Read This Spring

This assortment of memoir, biography, and autobiography brings real life to the page, and into the minds of readers.

About the book: In 2010, the al Rabeeah family left their home in Iraq in hope of a safer life. They moved to Homs, in Syria—just before the Syrian civil war broke out.

Abu Bakr, one of eight children, was ten years old when the violence began on the streets around him: car bombings, attacks on his mosque and school, firebombs late at night. Homes tells of the strange juxtapositions of growing up in a war zone: horrific, unimaginable events punctuated by normalcy—soccer, cousins, video games, friends.

Homes is the remarkable true story of how a young boy emerged from a war zone—and found safety in Canada—with a passion for sharing his story and telling the world what is truly happening in Syria. As told to her by Abu Bakr al Rabeeah, writer Winnie Yeung has crafted a heartbreaking, hopeful, and urgently necessary book that provides a window into understanding Syria.

Lesley Buxton: "Are You Still Married?" 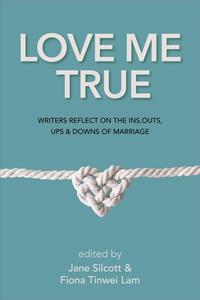 Love is hearts and roses, but life is complicated, and to share a life with someone else requires a bond and commitment far stronger than any verse ever penned on a Valentine. In the new anthology Love Me True, edited by Fiona Tinwei Lam and Jane Silcott, 27 creative nonfiction writers and 16 poets explore how marriage and committed relationships have challenged, shaped, supported and changed them, delving deep into the mysteries of long-term bonds.

Lesley Buxton's essay from the collection, "Are You Still Married?" is devastating, sad, glorious and beautiful, and we're so glad to be able to share it with you.

Please note that Love Me True is on our giveaways page until February 18.

“Are you still married?” the customer asks.

I look up from her bill and glance towards my section on the patio, hoping to find an excuse to leave. Nobody needs me. I’m stuck.

This customer and I share an unwanted and one-sided intimacy. For the last months of my sixteen-year-old daughter India’s life, this customer was our social worker. Her job was to navigate us through the medical system. She was neither exceptionally good at her job nor bad. This is the first time I’ve seen her since my daughter died ten months ago and I can’t remember her name.

“Did you mean Two-Fingers Bob or Alligator Bob?” By (mostly) gentle consensus, nicknames are how anonymous 12-Step program members identify one Bob from another Bob, or Sailboat Mary from Big Boobs Mary, or Blue Judy from Tom’s Judy. You don’t get to pick your own handle. I once asked about mine and was disappointed to hear I was just “Barb.” How crushing. Nothing special set me apart from other Barbs? Only years later, well into my second decade of recovery did someone finally tell me. “We’ve always called you God-Barb.”

To my way of thinking, I had earned the moniker not because I was godly, but because I’d done so badly: a divorce followed by years of court dates and single parenting, followed by more years of bankruptcy, unemployment and depression. God became my go-to-guy, a heavenly Mike Holms with spiritual duct tape to fix the demolition job I’d done on my life. Finally in 2003, broke and homeless, I was hired to work as the camp attendant (nicknamed the “campie”) at an oilrig in northern Alberta. By then, the carpenter-saviour was embedded in my vocabulary and throughout my journal notes. 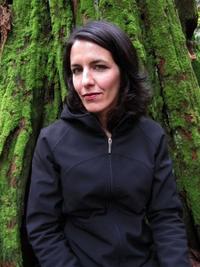 My favourite definition of creative nonfiction comes from Canadian journalist Deborah Campbell, who quotes the late Ryszard Kapuscinski, an undeniable master of the form: “Sometimes, in describing what I do, I resort to the Latin phrase silva rerum: the forest of things. That’s my subject: the forest of things, as I've seen it, living and travelling in it.” There’s a bit of silva rerum in all these books on this list, which is by no means an exhaustive collection. Some are travel books, and some explorations stick close to home. But all these stories took me on journeys. When I closed the covers I felt as if I’d been transported.

1. The Golden Spruce, John Vaillant: Perhaps it took a native New Englander to see the magical, mythic potential of a true story set in Haida Gwaii. The book takes place in the temperate rainforest, and it’s a mystery on the surface. Vaillant introduces us to Grant Hadwin, the crazy ex-logger who felled an ancient albino spruce and then disappeared from the face of the earth, seemingly without a trace. Underneath …