It’s as seasonally inevitable as the need for warm gloves and the appearance of twinkling lights: every year, as December hits, readers are inundated with a flood of lists, each proclaiming The Best Books of the Year. It seems like everyone gets in on the game: journalists, writers, celebrities, newspapers, magazines... Everyone, it seems, except those folks who know the books best, the booksellers.

Sure, you might occasionally find a Best Of list featuring a token bookseller, but they are largely overlooked. Which, as I have mentioned before, is ridiculous. Who better to be able to winnow the thousands of books published each year down to a list (or a single pick) than those people who spend their lives literally surrounded by books?

Of course, a lot of booksellers do provide lists, for their customers. They may not appear in the newspaper or in a magazine, but across the country there are table displays and printed sheets, featured shelves and, you guessed it, shelf talkers.

Which is terrific. A good independent bookseller is worth their weight in gold, an invaluable resource when it comes to your next great read, or in finding the perfect gift.

But geography has a sad role to play. It would be nearly impossible to visit every bookseller in this country (though if I had a bucket list, that would surely be on it).

Thankfully, you have the booksellers of the Shelf Talker community to turn to, a country’s worth of erudite, well-read bibliophiles who have, this month, provided t …

On Deck: 5 Authors on the Books They Can't Wait to Read This Summer

Rhonda Douglas picks Amy Jones's We're All In This Together

Rhonda writes: "If I have to pick just one book I'm dying to read this summer, it's We're All in This Together by Amy Jones. Jones is also the author of What Boys Like and Other Stories. I loved that book and so am curious to see what Jones has done in a novel. Apparently there are crazy family shenanigans involved and I think Jones's wit will just slice family dynamics wide open. Have this one on the top of my pile to enjoy under a tree in August—can't wait!"

By Kerry Clare
tagged: we're all in this together, amy jones, northern ontario 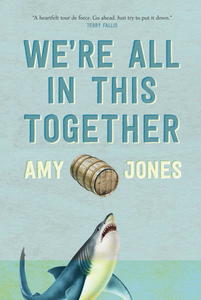 Here at 49th Shelf, we're pretty big fans of Amy Jones's debut novel, We're All In This Together. It makes an appearance on our CAN'T FAIL Summer Reading list (in which we declared it "THE book to spend a whole day in a hammock reading while one is mildly hungover"), and don't miss Trevor Corkum's interview with Amy from last month for The Chat.

With this list, Amy is determined to set Google straight when it comes to the query of "Books Set in Northern Ontario." And if the list is a sundae, her own book is surely the cherry on top.

The number one related Google search to “Books Set in Northern Ontario” is “Is Toronto in Northern Ontario?” The answer, of course, is no, but given Northern Ontario’s sheer size, it’s pretty much the only part of Ontario—along with a few other cities we like to refer to up here as “down south”—that isn’t. Equally massive is the number of books set in the region. Here are eight to start with.

If I Fall, If I Die, by Michael Christie

I think it’s easy, for many of us, to take the July 1 holiday for granted. I mean, what better way to kick off the heights of summer than with a stat, right? Especially when that stat is on a Friday, so you’ve got a three-day weekend. Time you can spend grilling and sipping and hiking and gardening and swimming and generally playing in the sun (though, if you’re me, the long weekend seems, traditionally, to be one of cleaning and organizing and general housework, I’m not sure why).

Too often, though, the significance of July 1 is lost, or overlooked. It’s not just any holiday, it’s Canada Day, a chance to celebrate what it means to be Canadian.

This is not as easy as it appears. As Canadians, we tend not to go in for jingoism or fervent national pride. We’re well aware of our problem areas, our shadows. Sure, there are fireworks (literally, in some places), but we tend to be thoughtful about what Canada means, what Canada is.

The other thing we tend to do is celebrate year-round, in our own low-key way. Look at the arts. We’re talking about a nation unified in its support of Tragically Hip singer Gord Downie following the announcement of his cancer. And we’re a nation that regularly has writers appearing on the shortlists for international prizes.

But even that is somewhat ridiculous—we don’t need international recognition for our writers; we know Canada’s literature belongs on the world stage. It’s a given. More importantly, and crucially, we’re a nat … 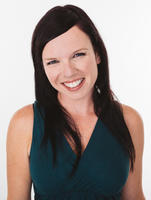 On this week’s chat, we’re in conversation with Amy Jones, author of the big-hearted novel We’re All in This Together. The book follows the various members of the Parker family, whose stories and lives intersect after matriarch Kate plummets over a local waterfall in a barrel.

In a starred review, Quill & Quire says Jones “has created a novel of great psychological insight and a kind of sharp-edged tenderness that revels not in family dysfunction, but in its “beautiful, crazy chaos.”

Amy Jones won the 2006 CBC Literary Prize for Short Fiction and was a finalist for the 2005 Bronwen Wallace Award. She is a graduate of the Optional Residency MFA Program in Creative Writing at UBC, and her fiction has appeared in Best Canadian Stories and The Journey Prize Stories. Her debut collection of stories, What Boys Like, was the winner of the 2008 Metcalf-Rooke Award and a finalist for the 2010 ReLit Award. Originally from Halifax, she now lives in Thunder Bay, where she is associate editor of The Walleye. Follow her on Twitter @AmyLauraJones.

Most of the books we read are the result of one thing: someone we know, trust, and/or admire tells us it's great. That's why we run this series, The Recommend, where readers, writers, reviewers, bloggers, and others tell us about a book they'd recommend to a good friend ... and why.

A recent reading treat for me has been Ronald Wright’s The Gold Eaters, a novel that’s both informative and gripping.

Long known as one of the top scholars of Meso-American civilization, Wright caught my attention with the lyrical Time Among The Maya, and I invited him to give a reading on Salt Spring Island where I like to think we became friends, and I’ve followed his career since, including his impressive novels, A Scientific Romance and Henderson’s Spear.

The Gold Eaters tells the story of Waman, a young man who sneaks away on a fishing boat and is captured by the first wave of Pizarro’s conquistadors, becomin … 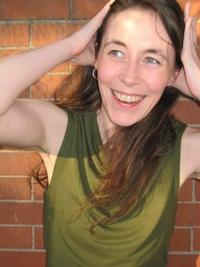 "What's YOUR Canadian bookshelf?" turns the spotlight on the shelf-lives of extraordinary ordinary Canadians. The feature begins with Laura Penny, author of Your Call is Important to Us and More Money Than Brains. Laura Penny has a PhD in Comparative Literature, a MA in Theory and Criticism, and a BA in Contemporary Studies and English. She has worked as a bookstore clerk, a student activist, a union organizer, a university instructor, and her writing has appeared in the Globe and Mail, the National Post, Saturday Night, and Toronto Life. She lives in Halifax, where she teaches at Mount Saint Vincent University.

I read grossbuckets for both my jobs. My professor gig requires I read and re-read a lot of great stuff and then enjoy heaps of student interpretations thereof. Writing non-fiction requires I plough through piles of research and reports and news, horrible news. Even though my work sometimes makes me go glue-eyed, I still unwind from reading by reading. I dig celebrity junk food books: Keith Richards, Tina Fey and Jay-Z all showed me a good time, in that order. I also love short stuff. Happily, Canada has a number of exceedingly talented writers who are great at packing maximum punch into minimal pages. Since I don't want to be a blog hog—and frankly, lit …

Even before a passionate group of writers and readers declared 2011 the Year of the Short Story (YOSS), Canadian short stories had been enjoying some time back in the spotlight. Sarah Selecky’s This Cake is for the Party and Alexander MacLeod’s Light Lifting were both much celebrated and made the Giller Prize shortlist last year, and Katrina Best’s Bird Eat Bird won Best First Book for the Canada/Caribbean Section of the Commonwealth Writers Prize. Online initiatives like Joyland and Found Press are giving short stories new life online. 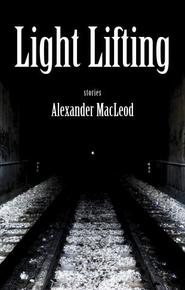 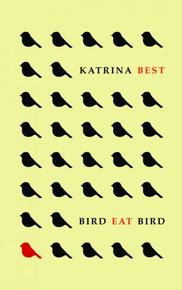 And now the YOSS itself has delivered some remarkable new short story collections, all of this an absolute boon for those readers devoted to the form, and has surely also brought about a few converts. But there remain those readers upon whom all the celebration is lost, those who’ve tried and fail …