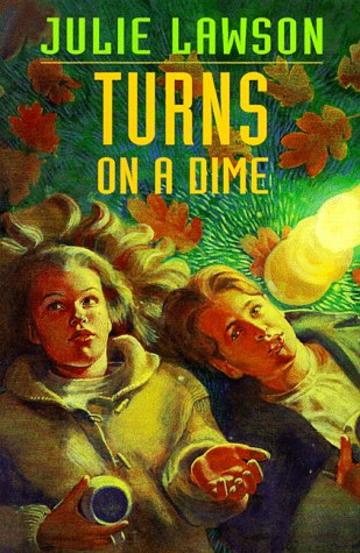 Turns on a Dime

Jo's world is spinning too fast. She's so far out of it she might as well be in orbit with that new Russian satellite, Sputnik. Her best friends have left her behind. All they care about is Elvis, rock n' roll, and boys. And Mack, her wonderful, loyal, beautiful friend Mack, has used her friendship terribly. If it wasn't for Michael, the new boy on her street, Jo wouldn't have a freind in the world. But when faced with a choice between Jo and the cool crowd, will Michael stand up to her? Something like terror tells her what the answer is.

The worst is yet to come. When Jo accidentally learns a carefully kept secret, nothing is the same--not even herself. Feeling betrayed by everyone, it takes near crisis, a special family story, and a mysterious goldstone necklace to guide Jo to acceptance and the future that is hers.

Although Turns on a Dime stands perfectly on it's own, it is Part Two of the Goldstone trilogy. Look to Goldstone and find out more about the pendant and the people who have worn it.