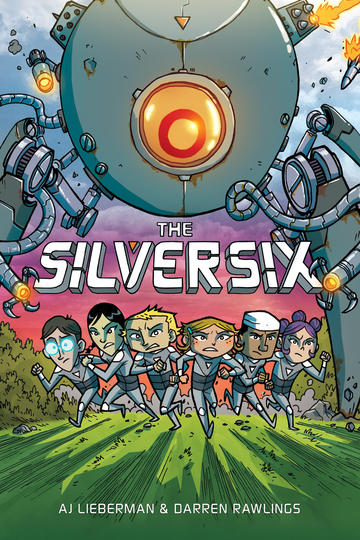 by A. J. Lieberman, illustrated by Darren Rawlings

A group of orphans on the run search for a new home among the stars.

When a group of orphans are thrown together under mysterious circumstances, Phoebe and her pal Oliver lead them in a daring escape from their orphanage to an uninhabited moon. But their idyllic paradise is shattered when the powerful corporate boss who ordered the deaths of their parents sends a relentless henchman to track them down. Now, with nowhere left to turn and time running out, Phoebe and her friends decide there's only one thing left to do: Fight back!

Darren Rawlings graduated from the prestigious animation program at Sheridan College in Ontario, Canada. He is the Creative Director and owner of Thinkmore Studios, an animation / motion graphic company with clients such as Warner Bros., Discovery Channel and BBC. Darren lives in Dundalk, Ontario.
Author profile page >
Recommended Age and Grade

Praise for The Silver Six