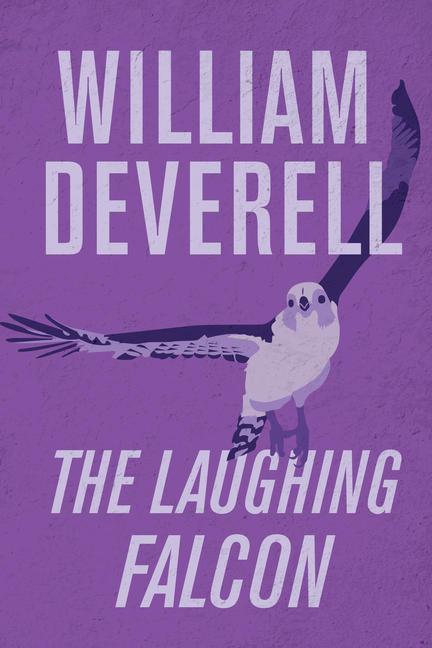 A blend of thriller, satire, and romance with a shocking twist

Romance novelist Maggie Schneider flees snowy Canada for Costa Rica, seeking inspiration … and maybe even a romantic encounter. She finds far more than she expected when she’s kidnapped by a rag-tag gang led by a handsome, charismatic revolutionary called Halcon: the Falcon. Also held hostage for ransom is Halcon’s main target, the flirtatious wife of a right-wing U.S. senator, who seeks to capture the Republican nomination as U.S. president.

Enter burned-out ex–secret agent Slack Cardinal, the protagonist of Deverell’s third novel, Mecca. Now he has changed his name and is hiding out in the Costa Rican jungles, working as a tour guide. But he is found there by CIA operative Ham Bakerfield and reluctantly pressed into service to try to rescue the women.

After two decades as a journalist, then as a top-ranked criminal lawyer in Vancouver, William Deverell, whose dream had always been to write fiction, took the jump. His first book won the Seal First Novel Prize and his 20 others amassed a series of awards, including Best Canadian Crime Novel and the international Hammett Award for literary excellence in crime writing. He lives in Pender Island, BC.

Midtown Manhattan looks like a painted whore in December, the weather would freeze a polar bear’s nuts, and the Rangers just lost their fourth straight. What depresses me more is the thought of you lolling around in the tropical sunshine while I break my ass up here.

But I’m doing too well to kill myself. It turns out getting disbarred was the best thing that could have happened, career-wise. I just signed up this big horse for the Bruins, the agency flourishes, and life is fat — and now suddenly your whining letter lands on my desk. No, Jacques, I do not intend to advance you a “small tiding of faith” until your latest poems get published. Your mooching has inspired me with a more breathtaking idea, which doesn’t require you to suffer the mortifying shame of indebtedness to your oldest, dearest friend. When you sent me that last batch of verses, asking me to try to flog them, I started thinking — why not a literary sideline? So I have decided that instead of you having to grovel, I will personally advance you a couple of grand against royalties for the smash best-seller you are about to write.

I’m not talking poetry, which doesn’t sell even if you’re Shakespeare and you’ve been dead for five hundred years. This may hurt, Jacques, but I never thought you were much of a poet anyway. In fact I found the shit you mailed me too depressing to read. Hymns to a Dying Planet? But you can turn out a phrase, and my idea is to have you rip off an old-fashioned thriller that I’ll flog to publishers as the work of a triple agent hiding in the tropics. Put the right ingredients in and the big houses will be flocking to the doorstep of the R. B. Rubinstein Agency, waving fistfuls of dead presidents.

One of those ingredients is blood. I want a body count. I want a two-fisted hero, not some whining patsy crippled with sorrow and woe like the schnockered poet who’s right now reading this letter. I’m thinking more James Bondish — maybe he’s hiding out in the tropics, only he can foil Dr. Zork’s plan to take over the world, and Zork is trying to blip him off.

I looked up the rules. You throw in a big red herring near the start. You invent a twist that comes at you like a slapshot. You create a kick-ass hero and a ravishing heroine with whom you ultimately engage in explicit sex. And you pay me my standard commission, no reduction for failed poets.

Are the girls still going topless at the far end of the beach? Someone better put a stop to that, some poor schlemiel could get a heart attack.

Give me an outline, a chapter.