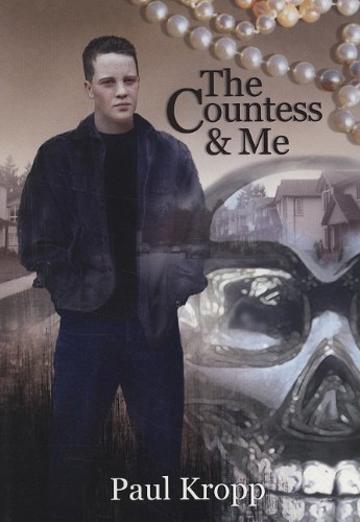 The Countess And Me

When he first meets Countess von Loewen, Jordan finds himself obliging her by burying a quartz skull she claims is cursed. She's not your typical neighbor. But soon she employs him as her gardener, and Jordan eventually grows to care about the lonely old lady. Besides, the countess believes in him as nobody ever has; she knows Jordan can become whatever he chooses.

Jordan has enough to deal with in this new town. At school, only the tough, cool kids show any interest; first they tease him, then exploit him. And when they decide to give Jordan a taste of life on the inside with pool parties, girls who seem interested, a great car to cruise around in, Jordan is hooked. He has to be part of this group. So when Jordan agrees to steal the quartz skull he's been blabbing about, it seems like a pretty easy test of his loyalty. After all, the countess doesn't want it anymore, does she?

Before he knows it, however, Jordan finds himself in too deep. His continual bragging about the countess and her house full of treasures eventually gets Jordan, and his eccentric neighbor, into far more trouble than he could imagine. And as he starts to wonder about the so-called curse of the quartz skull, Jordan knows he has to face another test. Will he have the courage, cursed or not, to become the man that Countess von Loewen believes him to be or the loser everyone else sees?

Bestselling author Paul Kropp tells an absorbing story that will hook older readers from the first page. In his character Jordan, the popular author of books for teens has found a young Everyman with whom readers can readily identify. And in the countess, Kropp has created a loveable loony no one will soon forget.

"Strong characterization, a quality found in Kropp's previous half dozen YA novels, is very must present in The Countess and Me. And, as in his other works, Kropp places his protagonist in a realistic situation in which the adolescent is faced with making a tough moral choice, one which has negative consequences no matter which decision is made. Middle school readers will most certainly identify with the social milieu that Kropp has created."
— CM Magazine

"Kids in a tough spot are familiar territory for Paul Kropp, a Toronto writer for young readers with 39 titles to his credit. This one reflects Kropp's professionalism, and is briskly paced with a likeable protagonist and some thoughtful asides about life and growing up... The novel is a quick read that may have the fainthearted (like me) flipping forward to make sure everything comes out all right. It does, and Jordan learns some lessons: popularity isn't everything, being different isn't a sin, and when someone sees your best side and admires you for it, that's golden."
— The Quill and Quire

"Jordan, dragged to Surrey, has three options: hang out with the bad kids, hang out with weird Jessica, or hang out with the old-world Countess von Loewen down the street. He tries to do all three, and, naturally, everybody suffers before he sets all to rights."
— Georgia Straight

"Falling in with the wrong crowd, not being able to say 'no,' and then having to face up to the consequences is an age-old tale; and it's never been better told than in The Countess and Me... Kropp's story moves at a zippy pace, he pulls no punches and sits Jordan face to face with this dilemma of his own making. It's uncannily true to life and well written, and what's not to like about that?"
— The Hamilton Spectator