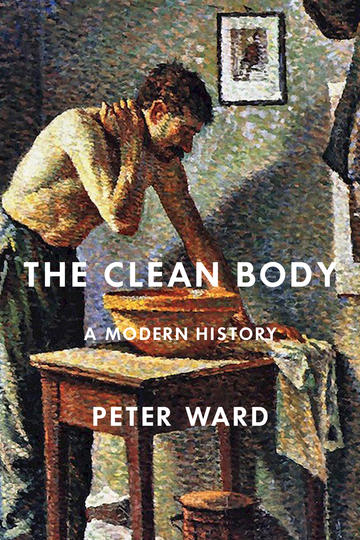 How often did our ancestors bathe? How often did they wash their clothes and change them? What did they understand cleanliness to be? Why have our hygienic habits changed so dramatically over time? In short, how have we come to be so clean? The Clean Body explores one of the most fundamental and pervasive cultural changes in Western history since the seventeenth century: the personal hygiene revolution. In the age of Louis XIV bathing was rare and hygiene was mainly a matter of wearing clean underclothes. By the late twentieth century frequent - often daily - bathing had become the norm and wearing freshly laundered clothing the general practice. Cleanliness, once simply a requirement for good health, became an essential element of beauty. Beneath this transformation lay a sea change in understandings, motives, ideologies, technologies, and practices, all of which shaped popular habits over time. Peter Ward explains that what began as an urban bourgeois phenomenon in the later eighteenth century became a universal condition by the end of the twentieth, touching young and old, rich and poor, city dwellers and country residents alike. Based on a wealth of sources in English, French, German, and Italian, The Clean Body surveys the great hygienic transformation that took place across Europe and North America over the course of four centuries.

About the Author
Peter Ward is professor emeritus of history at the University of British Columbia and the author of several books on the social history of Canada and the history of population health.
Author profile page >
Contributor Notes

Peter Ward is professor emeritus of history at the University of British Columbia and the author of several books on the social history of Canada and the history of population health.

"In The Clean Body: A Modern History [Ward] promises to tell the story of the 'cleanliness revolution,' offering cleanliness as a lens through which to view a society in transition, whether culturally, technologically, or scientifically." Our environmental woes too are the logical conclusion to a history of growing consumption, of things as well as resources. As Ward writes, "Once an element of nature, [water] had become a commodity, an engineered product of the industrial economy, ... its presence in everyday life taken utterly for granted."" Literary Review of Canada

"As The Clean Body makes clear, the hygiene revolution was tied in with the rise of consumerism and its concomitant exploitation of natural resources — things that have contributed greatly to our current environmental tipping point." The Montreal Gazette

"The Clean Body is a beautifully written tour de force, a wonderfully accessible book, and a joy to read. Peter Ward draws extensively on the literature in four languages and moves with ease between rich empirical detail, theoretical soundings, and socioeconomic data." Brian Lewis, McGill University and co-editor of The Moral Mapping of Victorian and Edwardian London: Charles Booth, Christian Charity, and the Poor-but-Respectable