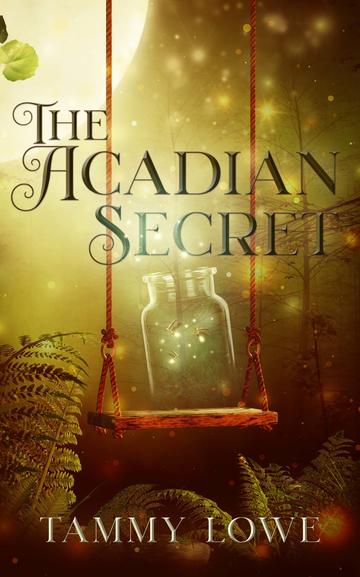 Nova Scotia has kept an incredible secret for centuries. In 1795, sixteen-year-old John Smith, convinced he’s found buried treasure, digs down into a mysterious pit on a small island.

In present day Nova Scotia, twelve-year-old Elisabeth London knows there’s no such thing as magic, but when she finds herself in 17th century Scotland, she no longer knows what to think. While under the guardianship of a kind-hearted Highlander, Elisabeth discovers his ancestral home holds a mystery of its own.

As John continues to dig the strange pit, he inadvertently begins the longest running, most expensive, and deadliest treasure hunt in history. Now, Elisabeth London and John Smith each try to unravel the secrets consuming them, unaware that a tormented young man holds the string weaving all of their lives together.

For Elisabeth, the adventure is just beginning. Unless her parents discover she’s time-traveling. Then…she is so grounded.

An adventurer at heart, Tammy has explored ruins in Rome, Pompeii, and Istanbul (Constantinople) with historians and archaeologists. She’s slept in the tower of a 15th century castle in Scotland, climbed down the cramped tunnels of Egyptian pyramids, scaled the Sydney Harbour Bridge, sailed on a tiny raft down the Yulong River in rural China, dined at a Bedouin camp in the Arabian Desert, and escaped from head-hunters in the South Pacific. I suppose one could say her own childhood wish of time traveling adventures came true…in a roundabout way.
Author profile page >