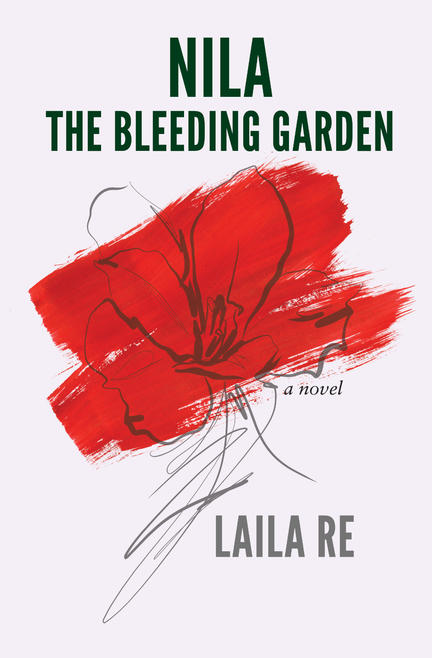 Nila the Bleeding Garden describes the turbulent journey of an Afghan girl called Nila who suddenly has to escape her homeland with her family during the long Afghan war. As a child refugee, she experiences the trauma of displacement, first to Pakistan and then to Canada, during which her family struggles to survive and slowly falls apart. This novel describes the loss and dysfunction caused by war and displacement, suffered by so many in our times. No reader will fail to be moved by this utterly gripping tale.

Laila Re (b. Kabul, Afghanistan) is a poet based in Markham, Ontario. She escaped Kabul as a toddler with her family to Islamabad, Pakistan, before emigrating two years later to Canada in 1992 when she was five. She attended York University in Toronto. She is the author of three collections of poetry: Pieces to Peace, Soul Led, and Beauty and Love. Her personal essay "Kabul Dreams" was published in the anthology The Muslimah Who Fell to Earth (Mawenzi, 2016).

"Nila the Bleeding Garden is a riveting and brave account of the horrors a family faces for the crime of being born in tumultuous Afghanistan. Laila Re writes with sincerity, precision, and passion, portraying the striking vulnerability of characters fleeing one unwelcoming place for the next, only to lose a bit of themselves with each displacement." --Ava Homa, author of Daughters of Smoke and Fire

"Nila the Bleeding Garden is a painful book to read. By the time I read the final words of it, I felt devastated. The story is true and told in the simplest language. It speaks directly to your heart. It's an important story, especially so in today's world where we cannot and must not, turn our eyes away from the plight of refugees." --Tehmina Khan, author of Things She Could Never Have