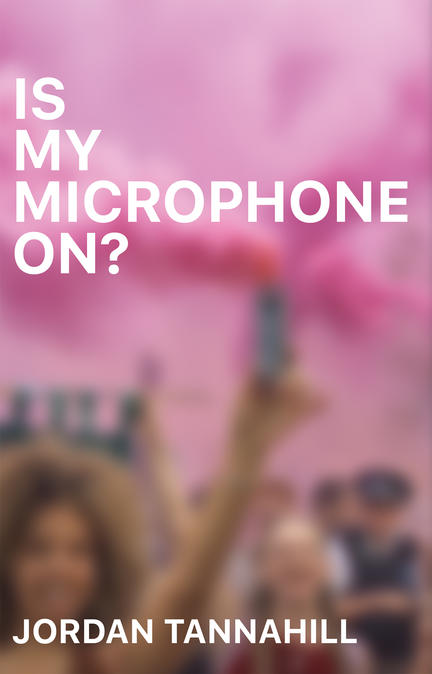 In another life I was a small bubble of foam on a wave coming to shore, and the wave broke, and I burst, and that was it. Before that I was a small stream, for centuries. And in another life I was a mortal girl. Which is this life. After thousands of years, I have a mouth. So if you don’t mind, Mom, Dad, I’m going to speak. I’m going to shout. When I become a human I’m going to use some words. Can you still hear me? Is my microphone on?

Young people have inherited a burning world. In this urgent and lyrical play, they reckon with the generations who have come before them, questioning the choices that have been made, and the ones that they will yet be forced to make. Is My Microphone On? is a play in the form of a protest song, in which a chorus of young performers hold the audience to account, and invite them to experience the world together anew.

Jordan Tannahill is a playwright and filmmaker currently living between his hometown of Ottawa and London, UK. His work has been presented in theatres and festivals across Canada and internationally. He won the 2014 Governor General's Award for Drama for his book Age of Minority: Three Solo Plays and was shortlisted for the prize again in 2016 for Concord Floral (also a recipient of the 2015 Carol Bolt Award). Tannahill's book Theatre of the Unimpressed: In Search of Vital Drama (2015) was called "essential reading for anyone interested in the state of contemporary theatre and performance" by The Globe and Mail, and is on the curriculum of several North American universities. Tannahill has been described in the press as "the future of Canadian theatre" (NOW Magazine), "the hottest name in Canadian theatre" (Montreal Gazette), and "the posterchild of a new generation for whom 'interdisciplinary' is not a buzzword but a way of life" (The Globe and Mail).

“It’s terrific theatre. Invigorating, challenging, entertaining . . . This is what political theatre should be.”

Other titles by Jordan Tannahill

The Age of Minority