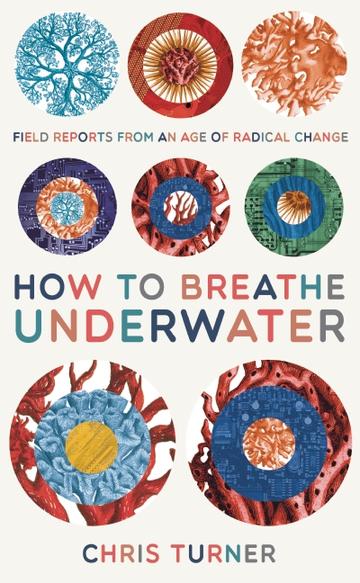 How to Breathe Underwater

Field Reports from an Age of Radical Change

From The Simpsons to Cyberjaya, the multimedia supercorridor of Malaysia; from Pepsi's failed breakfast beverages to a climate crisis seen through scuba goggles; from dotcom bubbles to the Great Bear Rainforest, the essays of Chris Turner's Breathing Underwater exhort us to meet the challenges of sustainability - ecological, economic, and cultural - with innovation instead of lamentation.

About the Author
Chris Turner is an award-winning author and one of Canada’s leading voices on climate change solutions and the global energy transition. His bestsellers The Leap and The Geography of Hope were both National Business Book Award finalists. His feature writing has earned nine National Magazine Awards. He lives in Calgary with his wife, Ashley Bristowe, and their two children. Visit him at ChrisTurnerWorks.com.
Author profile page >
Contributor Notes

CHRIS TURNER is one of Canada's leading writers and speakers on sustainability and the global cleantech industry. His latest book is The Leap: How to Survive and Thrive in the Sustainable Economy (Random House Canada 2011). He is also the author of the 2007 bestseller The Geography of Hope: A Tour of the World We Need (Random House), a Globe & Mail Best Book of the Year and a finalist for the Governor General's Award for Nonfiction, the Alberta Literary Award for Nonfiction and the National Business Book Award.

Turner's first book was the international bestseller Planet Simpson: How a Cartoon Masterpiece Documented an Era and Defined a Generation (Random House 2004). His feature writing has earned seven National Magazine Awards and appeared in Fast Company, Time, Utne Reader, The Walrus, The Globe & Mail, Canadian Geographic and many other publications. He is a featured blogger at MNN.com. He lives in Calgary with his wife, the photographer Ashley Bristowe, and their two children.