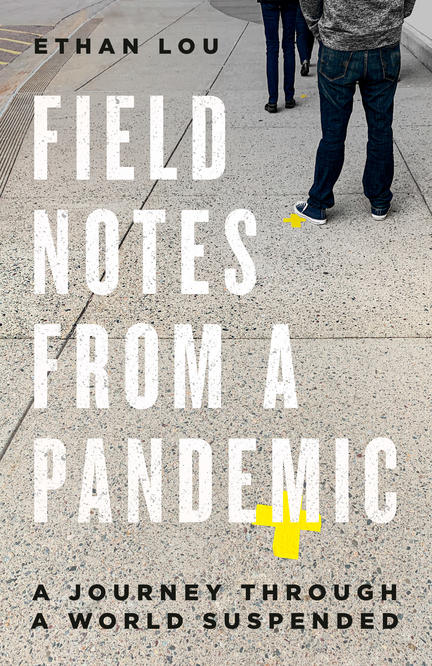 In a book equal parts travelogue and pandemic guide, the journalist Ethan Lou examines the societal effects of COVID-19 and takes us on a mesmerizing journey around a world that will never be the same.

Visiting Beijing in January 2020 to see his dying grandfather, the Canadian journalist Ethan Lou unknowingly walks into a state under siege. In his journey out of China and—unwittingly—into other hot zones in Asia and Europe, he finds himself witnessing the very earliest stages of a virus that will forever change the world as we know it.

Lou argues that the coronavirus outbreak will have a far greater impact than SARS, for example, simply because China is now many more times integrated with the increasingly interconnected world. Over decades, globalization has crafted a world painfully sensitive and susceptible to shocks such as this pandemic. A crisis like it has thus been long overdue—and we have yet to see it unfold fully. In our integrated world, events that may previously be isolated now ripple farther and wider and in ways we do not expect and cannot foresee. We have not seen the worst, and if and when we outlast this pandemic, nothing will ever be the same. Decisions now—or indecisions—will shape and define the world for decades.

These ideas are fleshed out through the virus's spawning and how it spread, the unprecedented measures to contain it and an examination of past pandemics and other crises and how they shaped the world--and an argument for why this one's different. Lou shows how drastically the virus has transformed the world and charts the greater and more radical shifts to come. His ideas and arguments are framed around his unintentionally tumultuous journey around the world, whose path the virus seemed to follow until he landed safely in quarantine in a small town in Germany, where he was able to take stock and start telling his story.

ETHAN LOU's writing has appeared in publications such as The Guardian and the Washington Post. Lou is a former Reuters reporter and has served as a visiting journalist at the University of British Columbia. He is also the author of the narrative nonfiction Once a Bitcoin Miner: Scandal and Turmoil in the Cryptocurrency Wild West.

"Lou's book represents one clear statement about who we are in the face of crisis and where we're going. . . . Lou's accessible writing about a heavy topic, combined with his fascinating mind and understated humour, leaves the reader wanting more." —Quill and Quire

"[A] fulsome travelogue through the history and politics of pandemics . . . a worthwhile read . . . [this] thoroughly researched, accessible exposition offers an understanding of how to reduce deaths and mitigate societal damage from pandemics." —Winnipeg Free Press

"Little details and personal touches draw the reader in. . . . Yet underneath the colour and detail are sharp analyses . . . Lou's weaving of analyses with personal anecdotes and introspective observation reads effortlessly and is the book's chief merit." —Asian Review of Book

Canadian Accounts of the Pandemic

Learning About Vaccines, Pandemics, and COVID-19