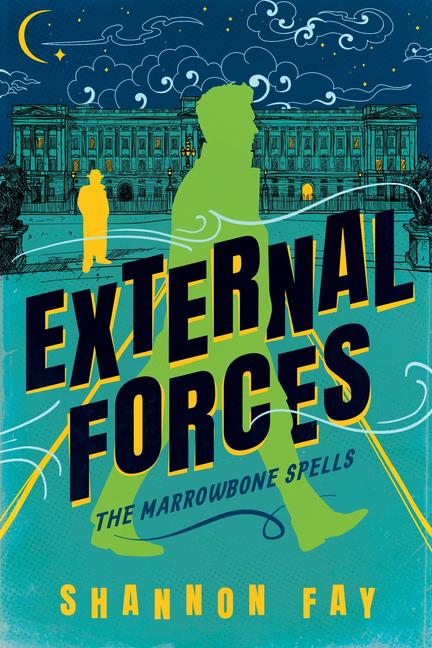 A mage for the British royals matches wits with a power-mad old foe in a beguiling novel of enchantments and daring by Shannon Fay, author of Innate Magic.

London, 1958. By crafting magical outfits for his friend, Princess Katherine, cloth mage Paul Gallagher is getting ahead. It’s not a seamless path. Not since the Virtuis Party came to power. The far-right faction is using criminals to create a protective barrier around England. The enchanted uniforms the prisoners wear may beget a demand for mages, but using luckless convicts as tools for warmongering reactionaries isn’t Paul’s dream for cloth magic.

His road to success takes an even darker turn when the unexpected death of a member of the royal family plunges the country into chaos. The Virtuis Party is rising, its mysterious puppet master is gaining control, and Paul and his allies are prepared to do anything to protect the princess, the throne, and ultimately, the soul of the country. That means falling back on the innate magic Paul dreads using again. It’s illegal, dangerous, and so potent it can raise the dead.

But as the fate of the entire nation hangs by a thread, dire times call for extreme magic.

Shannon Fay is the author of Innate Magic in the Marrowbone Spells series. A writer living in K’jipuktuk/Halifax, Canada, she attended the Clarion West Writers Workshop in 2014 and has a day job editing manga. She lives with her biggest critic (a very vocal, very fluffy white cat) and her biggest supporter (a very kind human). When not writing novels and short stories, she likes to go ice-skating (in the winter) and play board games (year-round). For more information visit www.ayearonsaturn.com.

“Series fans will be eager to see what Paul and his equally delightful and eccentric friends are up to, and new readers will find it easy to jump in. This is a treat.” —Publishers Weekly (starred review)

“Fay has written a thoroughly enjoyable magical thriller set in 1950s Britain. Readers can dip their toes into this installment without having read the first in the series, while Marrowbone fans will appreciate Paul’s new adventures.” —Library Journal

“With delightful new characters and the return of many from Paul’s past, Fay winds a tale of true magical suspense...Fans and new readers alike will enjoy the intense and eccentric plot in this second installment to the Marrowbone Spells series (after Innate Forces, 2021).” —Booklist