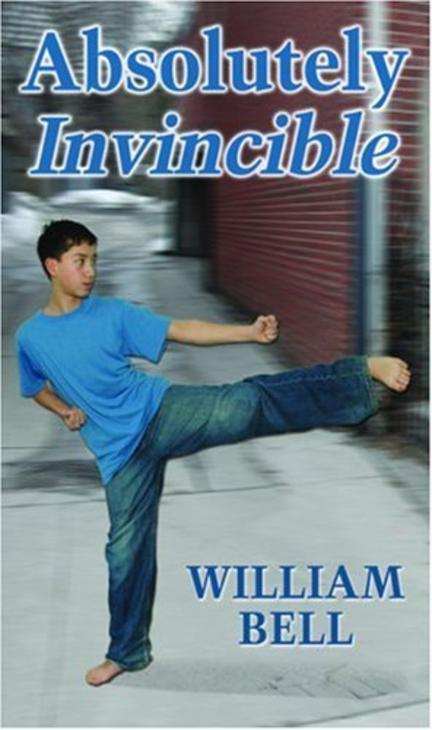 Though extremely intelligent and highly skilled in Shaolin self-defense, fifteen-year-old George Ma is crippled by loss of memory - the result of a horrific incident in his past.

The agents of George's journey back to health are classmates "Hook," confined to a wheelchair after a motorcycle accident; Amy, a blind computer whiz; and Heather who is deaf. The four friends form the Cripples' Club to fight
against the cruelties of a gang at school.

But the ultimate fight is for survival itself as the four struggle to meet a dare thrown down be Hook himself, a challenge that, if successful, will mean they "never need to be afraid of anything ever again!"

William Bell was born in Toronto in 1945 and went to school there until he graduated from the College of Education in 1970. Until 2002 he was a high school English teacher and department head in Ontario. Bell also taught at the Harbin University of Science and Technology, the Foreign Affairs College (both in China), and the University of British Columbia. He holds a Masters of Arts degree in Literature and a Master of Education degree. Bell's Young Adult novels have been translated into nine languages and have won a number of awards. Bell lives in Orillia, Ontario, with author Ting-xing Ye.

Other titles by William Bell

Five Days of the Ghost

Only in the Movies

Just Some Stuff I Wrote