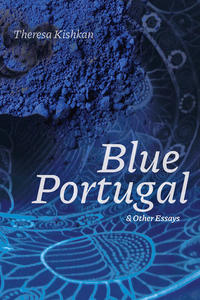 Theresa Kishkan's latest book is Blue Portugal and Other Essays.

I think I was always going to write essays. On the shelves in my childhood home, the books I gravitated to were the field guides my father collected, among them the British Columbia Provincial Museum (later the Royal British Columbia Museum) handbooks, ostensibly identification keys to birds, plants, mushrooms, barnacles, etc. I remember taking them to my bedroom and settling in to read the really wonderful and informative entries on dabbling ducks, fleshy pore fungi, and goose barnacles.

Even as a child, I had my favourite writers of those named on the covers; their voices were distinctive, choosing narrative over terse scientific language. C.J. Guiguet was one; he provided such lively histories of each species he was describing. Later in my life, when I was hoping to be a poet, I remember finding the section on whistling swans in Guiguet’s The Birds of British Columbia: Waterfowl: “Much has been written in folk-lore and poetry of the song of the dying swan and the term 'swan song' is commonplace in our everyday talk. It implies the end—finis—death. Most ornithologists, including ourselves, believe this is pure fiction.” And from there, Mr. Guiguet goes on to provide examples from classical writers, early ornithologists and naturalists, including Dr. D. G. Elliot, who recounted a hunting trip in which a swan was mortally hurt and began to sing a song “most plaintive in character and musical in tone, it sounded at times like the soft running of the notes in an octave, and as the sound was borne to us, mellowed by the distance we stood astonished and could only exclaim, ‘We have heard the song of the dying swan.’”

As I look at my shelves, I realize that my early love of my father’s field guides taught me to accumulate books to keep close for reference.

I still read the Museum Handbooks as essays and they never disappoint. The noted ethnobotanist (and one of my muses) Nancy J. Turner’s Plant Technology of First Peoples in British Columbia (I have both editions, the first, published in 1979 as Plants in British Columbia Indian Technology, and this later version, co-published by the Museum and UBC Press, in 1998) is filled with beautifully-written sections on plant materials and their uses in medicines, house-building insecticides, pigments for decorative work, and as halibut and cod hooks, netted baskets, spindle whorls, and clothing. The Handbooks have given me a way of looking at the place where I live, a rich and diverse landscape, and their detailed elegance offers me a model for my own work.

On the shelves and surfaces of my house, essay collections have pride of place. Susan Olding’s books, Pathologies and Big Reader, are filled with innovative and beautiful writing. Imagine an essay in which beautiful Anna Karenina serves as a touchstone for the prospect of infidelity or another about manicures and death. 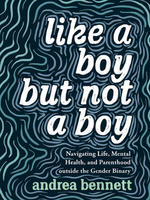 Like a Boy But Not a Boy, by andrea bennett, explores their experiences as non-binary parent, a bike mechanic, a person struggling with the difficulties of making a living in a culture obsessed with upward mobility. The essays are often droll and always thoughtful.

(That book is surprised to find itself beside Shawna Lemay’s The flower can always be changing, but discovers the light and transcendent beauty in these short meditations and is grateful for the introduction.)

Okanagan writer Harold Rhenisch has made the philosophical essay his own. Two of my favourite Rhenisch collections are Tom Thomson’s Shack, a textured and discursive mapping of place and settlement, and The Art of Haying: A Journey to Iceland, where we travel with him to a new country and learn its secrets by listening to the sagas of Gunnar Gunnarsson and paying attention to knitting traditions.

My shelves have room on them for Stephen Hume’s beautiful A Walk with the Rainy Sisters: In Praise of British Columbia’s Places, his earlier collection of pieces about Indigenous and pioneer women in British Columbia, Lilies and Fireweed, and anything by John Schreiber, particularly Old Lives in the Chilcotin Backcountry.

These are good companions for Sarah DeLeeuw’s Unmarked: Landscapes Along Highway 16 and Where It Hurts. Her essays reflect her training as a geographer, her work with marginalized communities, and they are inflected by her life as a poet, the language always attentive, note-perfect.

My own writing betrays my magpie instincts, the plucking and hoarding of interesting or bright objects, weaving and knotting them, unknotting and braiding, until they become essays. As a quilter, I work the same way, gathering textiles and finding ways to put them together without much of a template or plan, my thinking, my needles, finding a route through the materials. So I’m always intrigued to find excellent essays written with a careful external structure. The recent Persephone’s Children: A Life in Fragments, by Rowan McCandless, uses surprising forms—screenplays, crossword puzzles, contracts, and reports, among others—to investigate and reflect on abusive relationships, trauma, and family history.

In an unexpected way, it keeps company on my shelves with Sadiqa de Meijer’s Alfabet/Alphabet: A Memoir of a First Language. As this writer shares the experience of moving from her mother tongue, Dutch, to English, her often brief and always provocative essays serve cumulatively as an abecedarius, a book of remembering, in one language, then another, a childhood, an emigration, a life

As I look at my shelves, I realize that my early love of my father’s field guides taught me to accumulate books to keep close for reference. Out in the world, I take note of song birds, native orchids, and intertidal life, not by systematically using a checklist, but by keeping a different kind of life list, one that classifies by formal concerns or cartography, by the workings of the heart, the body, or by finding one’s place in a new or unfamiliar landscape. I was always going to write essays, tracing the sentences on the page like bird tracks or flight paths or the first chanterelles emerging after late summer rain. The company was good then, and it’s even better now.

I was always going to write essays, tracing the sentences on the page like bird tracks or flight paths or the first chanterelles emerging after late summer rain. The company was good then, and it’s even better now.

Using the richness of braided essays, Theresa Kishkan thinks deeply about the natural world, mourns and celebrates the aging body, gently contests recorded history, and considers art and visual phenomena. Gathering personal genealogies, medical histories, and early land surveys together with insights from music, colour theory, horticulture, and textile production, Kishkan weaves a pattern of richly textured threads, welcoming readers to share her intellectual and emotional preoccupations. With an intimate awareness of place and time, a deep sensitivity to family, and a poetic delight in travel, local food and wine, and dogs, Blue Portugal and Other Essays offers up a sense of wonder at the interconnectedness of all things.