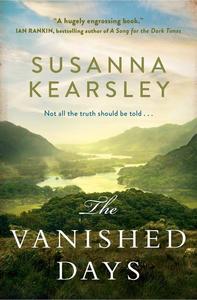 One of my personal missions is to remind Canadians—and especially young Canadian writers—that popular fiction has deep roots in this country, and that we used to celebrate it. We can debate why the Governor General's Literary Awards (aka the GGs) have gone from being a fiction award embracing all genres to one narrowly focused on literary fiction, but we should remember those former winners, just as we should remember which Governor General helped create the awards in the first place: our 15th Governor General John Buchan, Lord Tweedsmuir, himself a prolific writer who, of all his many works, was best known for his 28 popular novels of adventure, including his classic spy novel The 39 Steps.

"What we are trying to do," explained one of the GGs' founders, Globe & Mail book review editor William Arthur Deacon, in 1940, "is crown good books, the 'best' books by a plain, common-sense standard. E.g. we won’t just pick the current best-seller because it is popular; but neither will we choose some obscure thing that the public would not bother with. We want quality, merit, but of the sort that people will want to buy and like to read. A spotlight for 'darn good books.'"

Here are a few of them.

A former journalist-turned-railwayman, McDowell won the GG for his sweeping “historical romance of Ancient Huronia.” The book was hugely popular—the first printing sold out within two weeks, with nearly 700 copies selling in a single day, and Saturday Night proclaimed it "without any doubt a Canadian classic."

Alan Sullivan, born in Montreal, was an explorer and engineer who served with the RAF in WWI. The author of numerous short stories and more than 40 novels, he won the GG for Three Came to Ville Marie—a romantic historical novel about the early settlement of Montreal that the New York Times called "a rousing story with action that carries you along at swift, blood-stirring pace."

Those who remember Nova Scotia-based Raddall probably know him best for his romantic adventure novels and nonfiction (he won two more GGs for the latter), but The Pied Piper of Dipper Creek isn’t either—it’s a collection of short stories, some humorous, some poignant. John Buchan compared Raddall’s stories to those of Sir Walter Scott, Robert Louis Stevenson, and Rudyard Kipling, and William Arthur Deacon in the Globe & Mail predicted, "Raddall may well wind up as the Canadian novelist whom everyone reads."

Gwethalyn Graham should be taught in every CanLit class. Having won the GG in 1938 with her debut, Swiss Sonata, she followed with this second novel that became a huge success, not only winning the GG but becoming the first ever Canadian novel to reach the coveted number 1 spot on the NYT Bestseller List—a position it held for two weeks, staying 37 weeks on the NYT list with sales of more than a million copies. In his memoir, Hollywood writer/director Garson Kanin recalls Samuel Goldwyn—who optioned the book for film—sending Earth and High Heaven to him and demanding "Isn’t that the most beautiful love story you’ve ever read?" And with all the other elements the book takes on, unflinchingly—from anti-Semitism to class divisions—it remains, at its core, a remarkable romance.

That MacLennan saw himself as a writer of mainstream fiction is clear in his collected essays—published in 1978 as The Other Side of Hugh MacLennan—where he refers to "literary highbrows" and "avant-gardists" who believe "technique is more interesting than content." I’ve seen Two Solitudes—a multi-generational saga of two interwoven families in Quebec, one French and one English, and the history that binds them—called both a classic and a soap opera by modern reviewers, but at the time it was published, Kirkus Reviews praised its substance, balance, and love story, calling it "a good novel in the best tradition…which should be able to combine critical appreciation with a popular following."

This book won both the GG and the Ryerson Fiction Award that year. This wasn’t Child’s first mystery—he’d already published Blow Wind—Come Wrack in 1945 under the pen name John Wentworth, described in its jacket copy as "a splendid spy story in the straight John Buchan tradition," with a Canadian professor helping the Secret Service take on a fifth column plot in WWII. But Mr. Ames Against Time is definitely a mystery/thriller with a fast-moving plot—a book Child himself described as "a story of dramatic suspense…with plenty of action in it," in which the ageing main character must race to save his son, who’s become mixed up in the murder of a mobster and has been sentenced to hang. 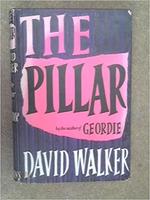 Born in Scotland, Walker met his Canadian wife while serving as Lord Tweedsmuir’s Aide-de-Camp in Ottawa before WWII. During the war, he was a POW in Germany, and his multiple escapes and recaptures inspired his novel The Pillar, written after he had settled in New Brunswick. In his 1984 autobiography Lean, Wind, Lean, he looks back fondly on this war story, "But it is lost and gone except from some libraries and bookshelves and I am privately embittered on the rare occasions when I think of that."

Walker wrote many short stories, four books for young people and 14 novels, all in his own unique style that sought to be nothing but, as he said, readable. In contrast to the wartime tension of The Pillar, Digby is a romantic story with fantastical elements, that led Kirkus Reviews to compare it to Finian’s Rainbow and pronounce: "Once again Walker proves himself a man one cannot pigeonhole."

For nearly 20 years the chief foreign correspondent of Maclean’s, Shapiro landed with Canadian armed forces on D-day and turned that experience into his third novel, a bestselling war romance that sold to Hollywood for $100,000 and was made into a film starring Dana Wynter, Richard Todd, and Robert Taylor. Only three years after winning the GG, Lionel Shapiro died of cancer, at the age of 50.

When he went into the hospital for the final time, he knew he was going to die, but not wanting to burden his mother—who was herself ill—he simply told her he was having trouble with his novel and was going to New York to work on it there. In his last days, he called her regularly from his hospital bed, still pretending to be in New York, to say good night.

These are the writers we need to remember.

Learn more about The Vanished Days:

There are many who believe they know what happened, but they do not know the whole of it. The rumours spread, and grow, and take their hold, and so to end them I have been persuaded now to take my pen in hand and tell the story as it should be told...

Autumn, 1707. Old enemies from the Highlands to the Borders are finding common ground as they join to protest the new Union with England, the French are preparing to launch an invasion to carry the young exiled Jacobite king back to Scotland to reclaim his throne, and, in Edinburgh, the streets are filled with discontent and danger.

When a young widow, Lily Aitcheson, comes forward to collect her lost husband’s wages, former soldier Adam Williamson is assigned to investigate her petition and the veracity of her claim. As Lily tells her story, Adam has only days to discover if she’s being honest, or if his own feelings are making him blind to the truth. But sinister figures lurk in the background—is Adam being used as a pawn in an increasingly treacherous game?

Told in dual timelines, The Vanished Days is a captivating story of intrigue, adventure, romance—and the bold courage to hope when it seems all hope is lost.