"I think the role of the writer is the same as it has always been—to connect with another person in a way that makes them feel less alone in the world." 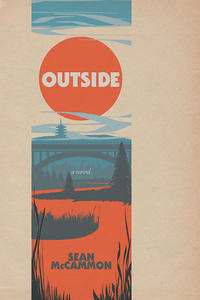 Outside, by Sean McCammon

About the book: Emotional and uplifting, Outside is the story of a teacher's escape to Japan from classroom, country, and self in the wake of a small-town Ontario tragedy.

David Woods, a first-year teacher, shares his Grade 4 students' passion for nature and their reluctance to be hemmed in by classroom walls. He pushes the boundaries of risk and the constraints of school board policy, leading his class on outdoor adventures with hooting owls, curious stream creatures, and maple syrup making.

Then, during a seemingly innocuous field trip, a fateful decision leads to disastrous consequences, not just for himself but many around him. Consumed by guilt, and desperate to make sense of the seemingly random incident, David flees to Japan, going to ground with a group of Western ESL teachers in a Kyoto boarding house.

As the tragedy is recalled, a parallel narrative finds David drawn into the chaotic lives of his boarding-house companions. The group, including a food-connoisseur deejay, a crude karate student, and an Israeli draft dodger, drag David into experiences that offer hope, love, and the possibility of redemption. In a city cloaked in the ancient the ancient trappings of Buddhism and Shintoism, David Woods struggles to draw meaning from his surroundings and experiences before being called home to answer for his actions.

"...a memoir that every feminist should read." 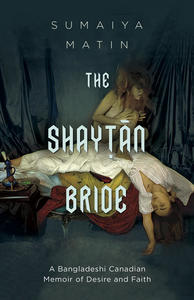 The Shaytan Bride, by Sumaiya Matin

Reviewed by Anne Logan at "I've Read This"

About the book: The true story of how one Muslim woman shaped her own fate and escaped her forced wedding.

Sumaiya Matin was never sure if the story of the Shaytan Bride was truth or myth. When she moved at age six from Dhaka, Bangladesh, to Thunder Bay, Ontario, recollections of this devilish bride followed her. At first, the Shaytan Bride seemed to be the monster of fairy tales, a woman possessed or seduced by a jinni. But everything changes during a family trip to Bangladesh, and in the weeks leading to Sumaiya’s own forced wedding, she discovers that the story—and the bride herself — are much closer than they seem.

The Shaytan Bride is the true coming-of-age story of a girl navigating desire and faith. Through her journey into adulthood, she battles herself and her circumstances to differentiate between destiny and free will. Sumaiya Matin’s life in love and violence is a testament to one woman’s strength as she faces the complicated fallout of her decisions.

"...an activist voice, decrying racism, injustice and social inequities—she writes of 'dry rivers in the valley/the thirst at the banks of plenty'—but she also sounds a positive note about the possibility of change, as when she celebrates music’s uplifting effect, inspiring 'gladness/mixed with hope jus a crackle.'" 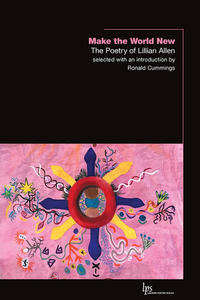 Reviewed by Barb Carey in the Toronto Star

About the book: Lillian Allen is one of the leading creative Black feminist voices in Canada. Her work has been foundational to the dub poetry movement, which swept across the Black diaspora in the 1980s, taking roots/routes in Kingston, Toronto, and London and offering exciting sounds of protest and a careful, detailed documenting of everyday life as political praxis.

Make the World New brings together some of the highlights of Lillian Allen's work in a single volume. It revisits her well-known verse from the celebrated collections Rhythm an’ Hardtimes, Women Do This Everyday, and Psychic Unrest, while also assembling new and uncollected poems. Allen's poetry is incisive in its narration of Black life and its call to create new and different futures. Her work highlights the need for radical intersectional change as a process of social transformation.

Allen’s afterword, “Tuning the Heart with Poetry,” includes the writer's reflections on her process and the social and cultural impact of the work. The introduction, by Ronald Cummings, engages with the duality of Lillian Allen's poetry in its written and spoken forms, and the give and take in committing poems to the page that “are not meant to lay still.” He also reflects on the dynamism of Allen's dub poetry, where, for example, her portrayal of breaths and breathings take on new resonance in the era of Black Lives Matter and COVID-19. 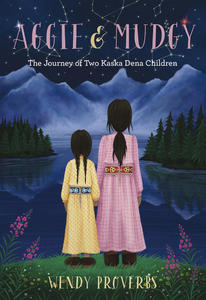 Aggie and Mudgy, by Wendy Proverbs

About the book: Based on the true story of the author’s biological mother and aunt, this middle-grade novel traces the long and frightening journey of two Kaska Dena sisters as they are taken from their home to attend residential school.

When Maddy discovers an old photograph of two little girls in her grandmother’s belongings, she wants to know who they are. Nan reluctantly agrees to tell her the story, though she is unsure if Maddy is ready to hear it. The girls in the photo, Aggie and Mudgy, are two Kaska Dena sisters who lived many years ago in a remote village on the BC–Yukon border. Like countless Indigenous children, they were taken from their families at a young age to attend residential school, where they endured years of isolation and abuse.

As Nan tells the story, Maddy asks many questions about Aggie and Mudgy’s 1,600-kilometre journey by riverboat, mail truck, paddlewheeler, steamship, and train, from their home to Lejac Residential School in central BC. Nan patiently explains historical facts and geographical places of the story, helping Maddy understand Aggie and Mudgy’s transitional world. Unlike many books on this subject, this story focuses on the journey to residential school rather than the experience of attending the school itself. It offers a glimpse into the act of being physically uprooted and transported far away from loved ones. Aggie and Mudgy captures the breakdown of family by the forces of colonialism, but also celebrates the survival and perseverance of the descendants of residential school survivors to reestablish the bonds of family.