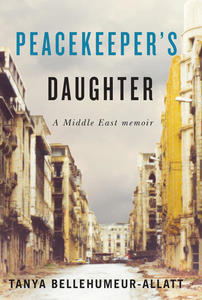 Winner of the Nancy Richler Award for fiction, Rue des Rosiers is an engrossing historical coming-of-age story with a timely examination of hatred’s long consequences. The novel is set in Toronto, Winnipeg and Paris in the spring and summer of 1982. Its 25-year-old protagonist, Sarah Levine, finds herself at a loss, drifting from one minimum wage job to another, uncertain of her relationships, and perplexed about her Jewish roots. Tregebov offers a moving interrogation of how we find our own and others’ humanity—even when confronted with prejudice and terror.

Can You Hear the Nightbird Call, by Anita Rau Badami

Badami’s novel tells the stories of three women, linked in love and tragedy over a span of fifty years, sweeping from the partition of India and Pakistan to the explosion of Air India Flight 182 off the coast of Ireland in 1985. This is not simply a book about Sikhs in Canada and India; it’s about home-grown terrorism, wherever it is found.

My Long List of Impossible Things, by Michelle Barker

Michelle Barker’s novel explores the chaos and destruction of the Second World War from a perspective rarely examined in YA fiction—the implications of the Soviet occupation on a German population grappling with the horrors of Nazism and its aftermath. Sixteen-year-old Katja and her sister are forced to flee their home, reassured by their mother that if they can just reach a distant friend in a town far away, things will get better. But their harrowing journey brings danger and violence, and Katja needs to summon all her strength to build a new life, just as she’s questioning everything she thought she knew about her country.

The Cellist of Sarajevo, by Steven Galloway

Snipers in the hills overlook the shattered streets of Sarajevo. Knowing that the next bullet could strike at any moment, the ordinary men and women below strive to go about their daily lives as best they can. Kenan faces the agonizing dilemma of crossing the city to get water for his family. Dragan, gripped by fear, does not know who among his friends he can trust. And Arrow, a young woman counter-sniper must push herself to the limits—of body and soul, fear and humanity.
Told with immediacy, grace and harrowing emotional accuracy, The Cellist of Sarajevo shows how, when the everyday act of crossing the street can risk lives, the human spirit is revealed in all its fortitude—and frailty.

When 7-year-old Jakob Beer’s house in Poland is stormed by Nazis he escapes the fate of his Jewish parents and sister by hiding behind the wallpaper in a cabinet and fleeing to the forest, where he buries himself up to the neck in the soil. The first part of this luminescent novel traces Jakob’s story to Toronto and Greece. The second part of the novel is told from the perspective of Ben, a Canadian professor of Jewish descent who was born in Canada to survivors of the Holocaust. Elegiac and beautifully crafted, Fugitive Pieces is a novel about the legacies of war, the connections forged between generations, the process of memory, and the redemptive powers of love.

When her marriage suddenly ends, and a diary documenting her beloved Opa’s escape from Nazi-occupied Netherlands in the summer of 1942 is discovered, Naomi Lewis decides to retrace his journey to freedom. Travelling alone from Amsterdam to Lyon, she discovers family secrets and her own narrative as a second-generation Jewish Canadian. With vulnerability, humour, and wisdom, Lewis’s memoir asks tough questions about her identity as a secular Jew, the accuracy of family stories, and the impact of the Holocaust on subsequent generations.

Abu Bakr was ten years old when the violence began on the Iraqi streets around him: car bombings, attacks on his mosque and school, firebombs late at night. Homes tells of the strange juxtapositions of growing up in a war zone: horrific, unimaginable events punctuated by normalcy—soccer, cousins, video games, friends. This memoir is the remarkable true story of how a young boy emerged from a war zone—and found safety in Canada—with a passion for sharing his story and telling the world what is truly happening in Syria.

Waiting for First Light: My Ongoing Battle with PTSD, by Romeo Dallaire

At the heart of Waiting for First Light is a no-holds-barred self-portrait of a top political and military figure whose nights are invaded by despair, but who at first light faces the day with the renewed desire to make a difference in the world.

Roméo Dallaire, traumatized by witnessing genocide on an imponderable scale in Rwanda, reflects in these pages on the nature of PTSD and the impact of that deep wound on his life since 1994, and on how he motivates himself and others to humanitarian work despite his constant struggle. Though he had been a leader in peace and in war at all levels up to deputy commander of the Canadian Army, his PTSD led to his medical dismissal from the Canadian Forces in April 2000, a blow that almost killed him. Since then, Dallaire has been inspiring people to give their all to multiple missions, from ending genocide to eradicating the use of child soldiers to revolutionizing officer training so that our soldiers can better deal with the muddy reality of modern conflict zones and to revolutionizing our thinking about the changing nature of conflict itself.

A Disappearance in Damascus: A Story of Friendship and Survival in the Shadow of War, by Deborah Campbell

In 2007, Canadian journalist Deborah Campbell travels undercover to Damascus to report on the exodus of Iraqis into Syria following the overthrow of Saddam Hussein. There she meets the charismatic Ahlam, the unofficial leader of the refugee community. Ahlam becomes Campbell’s guide, her “fixer”, and friend until she is seized from her home in front of Campbell’s eyes. Haunted by the prospect that their work together has led to her friend’s arrest, Campbell spends the months that follow desperately trying to find her—all the while fearing she could be next. Campbell’s  frank, personal account of her journey to rescue Ahlam, and  the triumph of friendship and courage over terrorism, is as riveting as it is illuminating.

Girls Need Not Apply: Field Notes from the Forces, by Kelly S. Thompson

Girls Need Not Apply is a timely memoir about sexual harassment in the military. Kelly recounts plenty of traumatic experiences alongside details about personal growth and the process of facing adulthood while facing war. Woven through the memoir is a story of finding love and life’s passions. The writing is touching and funny and gives the reader a unique glimpse into Canadian military life from a woman’s point of view.

It’s June, 1982. Twelve-year-old Tanya and her family are preparing to leave their home in Yellowknife, Northwest Territories, to move to Israel and Lebanon, where her father will serve a one-year posting with the United Nations. While they’re packing up, Israel invades Lebanon. The President-elect of Lebanon is assassinated. Thousands of Palestinian men, women, and children are murdered at the Sabra-Shatila refugee camps in southern Beirut. The Middle East’s relative peace explodes into waves of violence.

It is in the midst of this maelstrom that the family arrives in Israel, and settles into an apartment. And one day Tanya and her brother walk to school; yet nothing is ordinary, nothing is familiar. The simple act of walking down the street is fraught with peril. Violence may come at them from any direction at any time.

Peacekeeper’s Daughter is a coming-of-age story, as well as an exploration of family dynamics, the shattering effects of violence and war—and the power of memory itself to reconcile us to our past selves, to the extraordinary places we have been and sights we have seen.