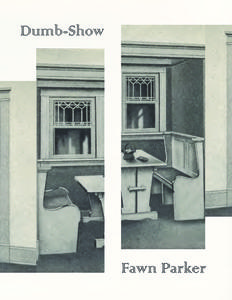 Fawn Parker—whose latest novel Dumb-Show has been described by Adnan Khan as “vivid and vicious”—recommends eight books of fiction, memoir, and poetry exploring themes of memory and physical place.

The stories in Householders are haunting and enigmatic, with a clarity of emotion that cuts through the dreamlike atmosphere Cayley has crafted. With the first sentence of the opening story, “A Crooked Man,” we are introduced to the feeling of isolation that runs throughout the book: “Martha regarded herself skeptically and assumed skepticism from the other mothers at the table.” In “A Beautiful Bare Room” a strange infectious rash spreads among Palo Alto. A woman in a bunker considers whether she is “there to be amusing to languid virtual people, if the distinction between virtual and actual was meaningful anymore.” With incredible attention to the nuance of interpersonal relationships—whether familial, romantic, situational, dysfunctional—each story in Householders is a window into an eerie but wonderful world.

Once More, With Feeling, by Sophie McCreesh

A story of self-destruction and the cold and impersonal way late-twenties social circles operate in the big city, Once More, With Feeling fiercely confronts one woman’s artistic, sexual, and personal identity. Jane, the novel’s introspective and often cynical protagonist, seems alone in the world even when surrounded by others. It is perhaps this physical proximity and emotional distance that leave her feeling so outside of her own life. Memories from Jane’s past expose heartbreaking moments of social isolation and shame. The strained adult friendship between Jane and her childhood acquaintance Kitty is honest and uncomfortable, masterfully handled by McCreesh without reducing the women to what might flippantly be referred to as “frenemies.” Once More, With Feeling is an exciting debut—witty, raw, and eccentric.

You, Me, Then Snow, by Khashayar Mohammadi

Khashayar Mohammadi has established himself in CanLit as a prolific and multi-talented writer, widely publishing poetry, prose, and translation in journals and chapbooks. You, Me, Then Snow is Mohammadi’s first full-length collection, showcasing his brilliant and measured poetic voice. “Dear Kestrel”—excerpts of which previously appeared in BAD NUDES Magazine—captures the sense of longing for communication and connection that runs through the collection. “In past midnight hues of neon/I can hardly see you Kes/A memory blurred into a city blurred/without my glasses.” This book is darkly funny, honest, and uniquely its own.

Evie of the Deepthorn, by André Babyn

Evie of the Deepthorn is a confident and gripping debut. Through nonlinear prose and shifting perspectives Babyn tackles the complexities of grief, childhood trauma, and personal identity. The town of Durham, Ontario, and the titular phrase both act as characters in themselves, tying together but holding different meanings for Kent, Sarah, and Reza in their respective searches for answers. Evie of the Deepthorn is an affecting novel about small town life, isolation, loss, and community. From a sentence level to his conceptually ambitious storytelling, Babyn is an author worth paying attention to. 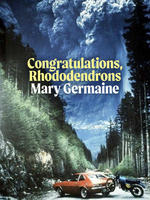 In an interview with Simcoe County journalist Brad Pritchard, Mary Germaine claims she was “aiming to write a book about garbage but it ended up being all about love.” Congratulations, Rhododendrons is a brilliant collection of poems curiously navigating the absurdities of the present moment. Despite the unabashed juxtaposition of natural beauty and man-made garbage, there is a persistent hope in the collection.

Klara Du Plessis’ second full-length collection is a powerful and intelligent exploration of art, criticism, family, and abuse. An undercurrent of violence complicates the book’s domestic setting: “...touch the banister to illustrate normality,/carry myself upwards, open/armed to hold myself ascending.” The inclusion of soundwave snapshots so well suits the rhythms and liveliness of Du Plessis’ poetics—measured and moving. Du Plessis builds structures of sound and rhythm, blurring the outer edges of physical place, present moment, and memory.

Harriet Alida Lye presents a stunning view of life as a teenager in hospital in this gripping and emotional memoir. Faced with a rare cancer diagnosis—referred to, she finds out, as “natural killer”—Lye chronicles her time spent in Toronto’s Sick Kids Hospital, including emails, notes, and to-do lists written by herself, her family, and her friends. The narrative weaves together this time and fifteen years in the future, when 30-year-old Lye becomes pregnant despite the cancer treatments said to make this impossible. The story is at once vulnerable and strong, with a steady pace and emotional restraint that reveals Lye’s mastery of prose. 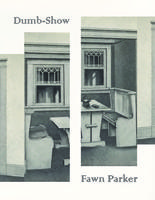 Dumb-Show takes a close and critical look at the modern-day university campus and the rigidity and consequences of its traditions and structures. Heather and Geoffrey, twenty-something siblings, become entangled in separate power struggles with a controversial professor, Dr. Barry Martin. His divisive views on masculinity have put him in the public spotlight in a way that's created both public disgust and a private lust for proximity. As Geoffrey fumbles through grandiose academic desires, and Heather attempts to orient herself in a sea of conflicting impulses and indignities, the performances, and the absurdities, become unwieldy.