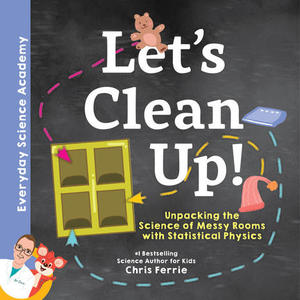 At first glance, The Everyday Science Academy series, by Chris Ferrie, appears to be for very young children. But the series brilliantly simplifies complicated scientific principles for kids up to Grade 6. Each book features a cartoon-like version of the scientist himself, Dr. Ferrie, talking to a red kangaroo, with a few short paragraphs per page. Bolded vocabulary appears throughout and each book ends the same way, with a glossary, a 5 question summative quiz, a few “Test it Out” experiments using everyday objects, and a section: “What To Expect When You Test It Out.”

Statistical physics is the subject of Let’s Clean Up. A messy room is the springboard for questions, such as, “If two things on your shelf are out of place, then can you count all the ways two things can be out of place?” It introduces the young reader to the concept of entropy. A clean room has low entropy because there is only one way for it to be clean. Red Kangaroo says, “So my messy room has high entropy because there are 15 ways for me to make a mess!” Experiments at the back use marbles in a pizza box or food colouring in water to demonstrate these concepts. 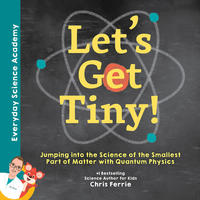 Quantum physics is simplified in Let’s Get Tiny, where Dr. Ferrie uses a relatable metaphor to describe an atom: electrons are like kids orbiting their parents (the nucleus), jumping from one orbit to another when the energy changes. Red Kangaroo demonstrates this by jumping up or down stairs to show moving closer (giving away energy) or away (taking on more energy) from the nucleus: “I use up my energy as I jump toward home. Then I get energy with my food and jump away to play again.” 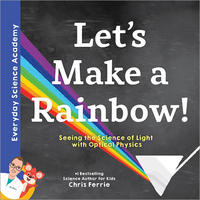 In Let’s Make a Rainbow, Red Kangaroo wonders how a rainbow in the sky is made. Dr. Ferrie explains how light travels in a straight line and that three things can happen to it—absorption, reflection, and refraction. Each of these concepts is demonstrated using simple objects in a way a child can understand. The experiment at the back of the book uses a glass of water and a piece of paper with arrows drawn on it—does the arrow change direction when seen through water? (Answer: it flips!) 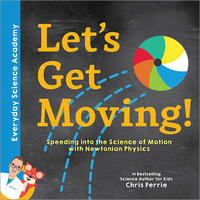 Newtonian physics is presented simply in Let’s Get Moving. Red Kangaroo wants to know why, when she throws a ball up in the air, sometimes it moves fast, and sometimes slowly. Dr. Ferrie goes on to clarify the concepts of force, mass, acceleration, and Newton’s three laws. Experiments involve dropping different balls (of different masses) from the same height at the same time, as well as placing a rock on a piece of cardboard atop a cup, and removing the cardboard quickly vs slowly. 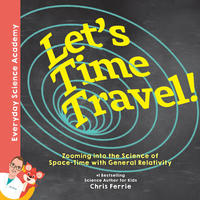 Red Kangaroo eats too much junk food and wants to go back in time to undo the behaviour in Let’s Time Travel. The three dimensions of space (up/down, left/right, back/forth ) and the fourth—time—are explained using graph paper. The experiment uses string and a soccer ball, and a protractor to add up the angles to prove that geometry works differently on curved spaces—Einstein’s Theory of Relativity. 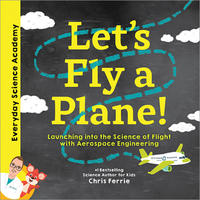 Let’s Fly a Plane tackles aerospace engineering and is aimed at the younger audience, but the experiments involving paper airplane testing and constructing a paper rocket would work with older kids. This book simplifies the concepts of lift, thrust, drag and weight. 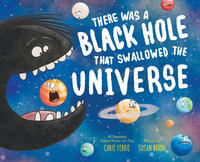 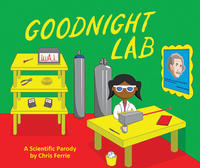 Goodnight Lab, by Chris Ferrie, is a “scientific parody” of the classic Goodnight Moon. It begins: “In the great green lab/ There was a laser/ And a lab notebook/ And a picture of —Einstein with a stern look….And a pen and a coffee/ And some crumpled rubbish/ And a grumpy old professor shouting ‘publish.’” The pictures and text are in a very similar format to the original. A fun read for all ages.