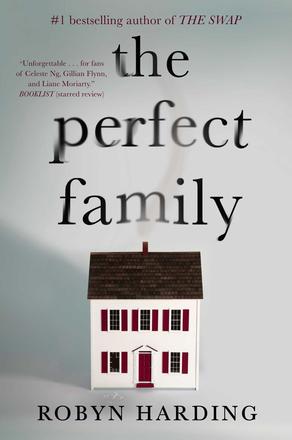 Robyn Harding's latest novel is The Perfect Family, which is up for giveaway as part of our Summer Books list right now! Enter for your chance to win this book and others.

Canada has no shortage of literary heavyweights, but in recent years a crop of talented crime-fiction authors has come to the fore. This country produces some of the best mysteries and thrillers around, with smart, twisty plots; complex (and sometimes unlikable) characters; and settings from small-town Canada to the Harlem Renaissance to an island off the coast of Tanzania.

In this sizzling read, Oliver Park, a recovering addict, visits a gay bathhouse unbeknownst to his prominent trauma-surgeon husband. What happens inside sets off a runaway train of thrills as Oliver tries to protect his perfect life and outwit a killer. The tension in this one is off the charts.

The Hunted, by Roz Nay

Nay’s third novel takes readers on an exotic, sexy, terrifying vacation to a dive camp in Tanzania, where a young couple is looking for a fresh start. When they meet another pair of travellers, a fast friendship forms. But all is not as it seems when one of the foursome develops a dangerous obsession.

Chevy Stevens’ latest is an atmospheric thriller set in a fictional northern town where girls have been going missing for years. Two women, connected by a grisly death, search for answers while trying to evade danger themselves. Stevens is a master of suspense. It’s no wonder Stephen King is a fan.

The first in a delightful series set in Prohibition-era Harlem, this is the story of Louise Lloyd, a young woman trying to live a normal life after a kidnapping ordeal in her teens. When an altercation with police gets her arrested, Louise is forced to help solve the case of two murdered Black girls...and face off against a murderous mastermind.

The Girls Are All So Nice Here, by Laurie Elizabeth Flynn

In Flynn’s compulsive page-turner, Ambrosia is struggling to fit in at the elite Wesleyan University when she meets the charismatic Sully. Desperate to impress her new friend, Amb finds herself drawn into Sully’s dangerous manipulations...with deadly consequences. Mean girls have never been so terrifying.

The Retreat, by Elisabeth de Mariaffi
In de Mariaffi’s beautifully written thriller, dancer Maeve Martin attends the scenic High Water Center for the Arts. She’s determined to reinvigorate her dancing career and rebuild her life after the collapse of an abusive marriage. But when an avalanche traps all the guests inside and they begin to die mysteriously, Maeve must decide whether the danger outside is worse than the danger inside.

You Will Remember Me, by Hannah Mary McKinnon

In this twisty (and twisted) read, a man wakes up on a beach with a gash on his head and no memory of who he is. Soon, he finds himself torn between two women: one claiming to be his girlfriend, one his sister. As he grapples with his memory, he must decide which woman to trust. And which woman could be fatal.

Jennifer is stunned by a terminal cancer diagnosis at the age of 48. But when she learns she was poisoned, she begins the frantic search for her own killer. As the clock ticks down on her life, her ex and even her three daughters become suspects in a unique novel that is part thriller, part family drama.

Daniel Kalla, head of St. Paul’s ER in Vancouver, brings us another stunningly prescient medical thriller. When a deadly form of meningitis tears through Seattle, a vaccine seems the only hope to save the city’s children and teens. Until they start dying from mysterious and horrific causes—and the vaccine itself is implicated. But what if there are other, nefarious sources to blame?

Boudel Tan’s latest is a literary LGBTQ+ adventure tale. Sebastien has never met his father, a mysterious sailor who abandoned his pregnant mother thirty years ago. When Sebastien’s mother passes away, he poses as a member of his father’s crew on a luxury liner sailing the Mediterranean, only to discover that Dad is hiding more than just his secret son.

Learn more about The Perfect Family:

Thomas and Viv Adler have a picture-perfect family. Affluent and attractive, with two well-mannered kids almost out of the nest, they live in a beautifully restored Craftsman house in a well-to-do neighbourhood in Portland, Oregon. Their jobs are secure; their children are thriving; the world is their oyster.

Until one morning, when they wake up to find that their house and car have been pelted with eggs. Thomas dismisses it as the work of a few out-of-control kids, but when a smoke bomb is tossed on their front lawn, and the tires on their BMW are punctured, he begins to worry. The family installs surveillance cameras but they show nothing but grainy images of shadowy figures in hoodies. Unable to identify the perpetrators, they are helpless as the assaults escalate. The police assure them that this is just the work of bored teenagers. But no one in the Adler family believes it. After all, each of them has a secret—kept not only from the outside world but from each other.

Seventeen-year-old Tarryn is dabbling in a seedy online world; her older brother, Eli, has dropped out of college and refuses to tell his parents why; and Thomas and Viv have their own secrets that began as harmless fun and relief from the pressures of everyday life, but have grown into something darker and more dangerous. As the Adlers grapple with their guilt, fear, and shame, the assaults grow deadly. Their “perfect” façade is crumbling, and it may be too late for any of them to do anything about it in this addictive and twisty suspense novel that will keep you turning pages until its explosive ending.

In The Perfect Family—which has received starred reviews from both Publishers Weekly and Booklist—#1 bestselling author Robyn Harding explores what happens when a seemingly perfect family is pushed to the edge...and beyond.

Thomas and Viv Adler have a picture-perfect family. Affluent and attractive, with two well-mannered kids almost out of the …