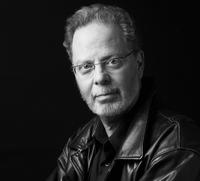 Next up in our special 2020 GG Awards coverage is our conversation with Lazer Lederhendler, who won his third Governor General’s Award for his English translation of Pascale Quiviger’s If You Hear Me (Biblioasis), originally written in French. Scroll down to read an excerpt from the book!

ENTER FOR A CHANCE TO WIN and also check out our chats with other GG's winners The Fan Brothers, Madhur Anand, and Michelle Good!

According to the Peer Assessment Committee, "Lazer Lederhendler has presented challenging subject matter with sensitivity, nuance, and elegance. His language is powerful yet limpid, understated yet heartbreaking, and lightly humorous. He delicately navigates complex layers of trauma in the immigrant and the patient, lingering between life and death, dream and reality. The finely drawn characters in this novel wait, as we all do, for release."

Lazer Lederhendler is a full-time literary translator specializing in Québécois fiction and non-fiction. He holds a Master of Arts degree in creative writing from Concordia University. His translations have earned awards and distinctions in Canada, the UK, and the US, including three Quebec Writer’s Federation Awards (The Immaculate Conception, Nikolski, Apocalypse for Beginners) and two previous Governor General’s Literary Awards (Nikolski, The Party Wall). He has translated the works of noted authors like Gaétan Soucy, Nicolas Dickner, and Catherine Leroux. Lazer Lederhendler lives in Montréal with the visual artist Pierrette Bouchard.

Congrats on your third Governor General’s Award for Translation! How does winning feel this time around?

This award came as quite a surprise. I’d basically written this book off as a casualty of the coronavirus. It was put out in March 2020 just when the pandemic was gaining momentum and everyone was focused on just coping with the emergency at hand. When September came and went and the CCA hadn’t announced the GG shortlists as usual, I stopped paying attention. Strangely enough, when the shortlists finally were published, I saw them first in the French-language daily La Presse, but If You Hear Me wasn’t among the finalists for English Translation. I thought, “oh, well, better luck next time,” and went on with my day. Then I got a few messages of congratulations and figured someone was having me on. Until I checked the GGLA website and there was my name alongside the names of some very fine translators. So how does it feel to win it? It feels good, very very good.

Can you share one or two of the particular challenges you encountered translating If You Hear Me?

If You Hear Me isn’t strictly speaking an experimental novel, but it does juxtapose a variety of genres, styles, and registers: poetry, philosophy, historical narrative, medical terminology. Not to mention some elaborate puns and the speech patterns of an Anglophone brain surgeon working in a Francophone environment who speaks “a quirky French peppered with bits of English.”

There’s also a great deal of casual, everyday dialogue, and making the dialogue lively and credible in English presented me with some rather juicy translation problems. For instance, two sisters are having a heart-to-heart in the bathroom. Mary is sitting on a radiator telling Caroline about her former lover. She feels her temperature suddenly rising and exclaims (in idiomatic Québécois French): “Feu au cul,” which might be rendered (almost) literally as “ass on fire.” But that would be childishly vulgar in a way that the French isn’t. What’s more, it would miss the point. I opted instead for this: “‘Fever!’ Marie exclaims, Peggy Lee-style” — a solution further from the “letter” but closer to the “spirit” of the original.

I think it’s possible to produce a good translation of a mediocre book, but (barring a total re-write, i.e., not a translation) you’ll still end up with a mediocre book. I don’t think it’s possible to produce an “exceptional” translation unless the material you’re given, the original work, is exceptional to begin with, both in substance and style. So, a good translation begins with the translator’s response to the original as a reader, a professional reader. It’s that response that moves the translator and motivates them to fully engage as a partner in the “dance” of translation, and hence to enlist all their energy, creativity, imagination, know-how, and talent in their performance of the author’s choreography.

I don’t think it’s possible to produce an “exceptional” translation unless the material you’re given, the original work, is exceptional to begin with.

Why is it important for English Canadians to read the translated work of French Canadian writers, and how can this be encouraged?

English-speaking readers in Canada should read the translated works of French Canadian and Québécois writers for the same reasons they read any work of literature: entertainment, enjoyment, enlightenment, insight, inspiration, knowledge.

Given the strong social and market forces impeding the wider distribution and acceptance of Francophone (and other) literatures in translation, government bodies such as the CCA and its provincial counterparts have to get more involved in generating greater demand for literature in translation, especially in schools and libraries. They should provide specific incentives to publishers to increase the number of translations in their catalogues and help publishers develop better marketing and distribution networks. They should give extra support to publishers specializing (or wanting to specialize) in translated literature.

Excerpt from If You Hear Me

Hard to believe, but I’m alive.
In fact I’ve never been so present.
So clear.

I see everything.
Roger cursing and pacing back and forth, scolding the men one by one.
Body in the middle of the street, on the pavement, helmet lying near the head, a tool in-between—the level, cracked. Liquid seeping out from it.
Martin running over, pushing aside Max and Vidal. He kneels on the glove, places his ear close to the lips, detects nothing. Looks for the pulse on the neck—no pulse. Opens the shirt, buttons flying in every direction. The red stain, on the chest, alarms him. Several ribs are soft, possibly broken. He hesitates. Makes a decision. He lifts the chin, feels the inside of the mouth, blows air into it twice, stands back, changes position, dares to press down, hands interlocked, elbows straight. By the book. His assurance is surprising for such a shy boy.
He persists. Patiently, rhythmically.
In spite of everything, the lips, the blue nails, the white cheeks.
Roger paces up and down
anxiously watching the far end of the street, the ambulance, the ambulance, the ambulance?
Finally.
Finally, Roger yells, raising his arms skyward.
Martin steps aside
mops his forehead
goes to sit down alone, in the shade, in a corner
the paramedics unpack their equipment
lift the eyelids
one blue eye, the other black, a bad sign
insert a tube in the trachea
open a vein in the arm
what are they injecting?
adrenaline
then
there’s nothing.

The body is young, robust, muscular, broken
familiar, but neutral
intimate, distant.
None of this belongs to me.
Not the limbs, not the face, not the threads, not the seams.
Not the air in the tube,
not the lungs.
Just barely a point of transit.
I’m up here, at the ceiling, floating
suspended

between leaving and returning
held
within hazy boundaries
within a slack envelope
within a habit.
Early this morning I woke up, showered, shaved, ate three slices of toast with peanut butter.
The sun was shining, for once, and I remembered to put a brownie in my lunch box.
In top shape, just one filling, no eyeglasses.
It’s 11:43. That’s what it says there, on the clock.
These bones aren’t mine anymore, nor these tendons, these ligaments. This isn’t my skin anymore.
Just barely a possible location.

An alarm sounds.
It’s my turn to go fetch Bertrand from school this afternoon. I said we’d go play in the park.
Caroline always wears an ankle bracelet that tinkles like a little bell. Her cream has a scent of musk rose. She likes dark chocolate, she talks in her sleep.
The body, down there, is the only way I have of staying with them
two hundred and six bones six litres of blood seventy kilos
this intubated body is the only life I know.

Excerpted with permission from If You Hear Me by Pascale Quiviger, translated by Lazer Lederhendler (Biblioasis, March 2020).