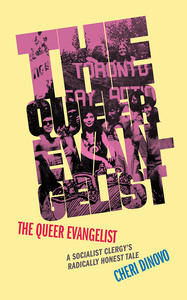 There’s an old saying, “If you’re going to dine with the Devil, you’d better have a very long spoon.” The maneuvering included timing the introduction of bills, getting the press involved if an important human rights bill wasn’t going to be put forward, and as always bringing activist pressure to bear on the process. It all took a lot of work and my terrific team to carry it off. In that regard, politics, like most careers, involves, well, politics. Once you lose your idealism about partisanship, you can actually accomplish an amazing amount on behalf of the marginalized. As a socialist, I should have had no illusions about capitalist governments, and I only really harboured any when I was new. I tried to be upfront with stakeholders and let them know why I’d bring some bills forward for second reading and not others. I knew which bills had any hope of becoming law. With experience, I developed the ability to feel the mood and read the powers that be in terms of timing. I knew which cabinet members wanted to make names for themselves by supporting a bill, and when. Was it my business background or my street background that provided this insight? Who knows? Perhaps it was the same drive that had kept me alive throughout both. All I know for sure is that if someone of any party wanted to be seen as progressive, I was only too happy to assist in their quest.

Once you lose your idealism about partisanship, you can actually accomplish an amazing amount on behalf of the marginalized.

Realizing that politics, like most pursuits, is profoundly patriarchal in both structure and makeup helped. Women work by negotiating. Men function by competing. We’re conditioned that way. Understanding these tendencies helped in reading situations. From the frightening narcotics officers to bombastic politicians, I’d been dealing with men in a man’s world for a long time. I recall one instance when I was the party’s Whip that particularly illustrated the difference. During a minority government, every vote counted, and my job as Whip became more intense. On a Thursday afternoon when most members were back in their districts and only those who had to be there were, something unusual started to transpire. All of a sudden, Government Members began to trickle in. It wasn’t even vote time. What was happening?

The male mode for management in my experience was competitive, aggressive. Don’t trust anyone. Assume the other party will always lie to you. Return the favour. If you did bargain, it was to screw them before they could screw you. Better to walk away than to lose face. The opposition role was purely to make the government look bad, and that effort took precedence over getting anything done. This is played out all the time, everywhere, around the world. Though it may be astounding to many, there is an alternative.

The opposition role was purely to make the government look bad, and that effort took precedence over getting anything done. This is played out all the time, everywhere, around the world. Though it may be astounding to many, there is an alternative.

So back to my own little goldfish pond, on that Thursday it was clear something was happening. I asked the Conservative Whip what he thought was going on. He was a hilarious man, who had once said getting arrested for a DUI in his riding would help him get re-elected. His answer was, “We don’t know, but I assume they’re going to table some bill or ram something through. They’re probably going to catch us with no one here and call a vote.” Remember, the real fear was with enough votes they could get just about anything done. Operating under that assumption, the Conservatives were already calling their Members in—they too started arriving.

I then went to the Government Whip and asked him the same question: “Why are you calling all your members in? What’s happening?” This was something the Conservative Whip didn’t think of doing. Or other men. After all, why would the Government Whip tell the truth? Who tells the truth in politics? The Government Whip saw himself as a feminist and a progressive. He liked to be seen as non-partisan, and I knew this. It’s important to know Government Members at some personal level. That’s how I could get bills moving on behalf of those who needed action. “We’re not sure,” he replied. “We think the Conservatives have some nasty bill they’re trying to force a vote on and want to surprise us. So we need backup.” Then I did a very vulnerable thing in politics: I told him the truth. “You’re both scared of the same thing, and no one has anything planned. Just a silly rumour.” Within minutes the Liberals left. They were followed soon after by the Conservatives. Everyone was relieved they could go home.

It’s important to know Government Members at some personal level. That’s how I could get bills moving on behalf of those who needed action.

Acting out of fear and distrust gets so tiring. In truth, individual Members who had taken an average of seven years out of the most productive time in their careers felt stuck, and were. Those who came from law might have to start a whole new practice when they left politics. Those from other fields might feel they were too old or too partisan to go back. As one lobbyist described it, Members carried with them the “partisan stench.” Great if their party was in government, but not so much if they weren’t. Members, in short, are vulnerable. There is a real cost for entering public service, and Members don’t take chances in an atmosphere like that. You were discouraged from fraternizing with your enemies. You could party with them, but God forbid you tell them the truth.

In The Queer Evangelist, Rev. Dr. Cheri DiNovo (CM) shares her origins as a young socialist activist in the 1960s, and her rise to ordained minister in the ‘90s and New Democratic member of provincial parliament. During her tenure representing Parkdale-High Park in the Legislative Assembly of Ontario from 2006 to 2017, DiNovo passed more LGBTQ bills than anyone in Canadian history.

She describes the behind-the-scenes details of major changes to Canadian law, including Toby’s Law: the first Transgender Rights legislation in North America. She also passed bills banning conversion therapy, proclaiming parent equality for LGBTQ parents, and for enshrining Trans Day of Remembrance into Ontario law. Every year on November 20th in the legislature, the provincial government is mandated to observe a minute of silence while Trans murders and suicides are detailed.

Interspersed with her political work, DiNovo describes her conversion to religious life with radical intimacy, including her theological work and her ongoing struggle with the Christian Right. Cheri DiNovo's story shows how queer people can be both people of faith and critics of religion, illustrating how one can resist and change repressive systems from within.

“Living on the street, using drugs, abandoned by the adults in her life, all while identifying as ‘queer’ in a hostile world—any one of these things could have unravelled many of us. Cheri hauled herself up and not only survived but thrived. I love that this strong, brilliant, competent woman has told her story so honestly.” —Kathleen Wynne, former premier of Ontario

A queer minister, politician and staunch activist for LGBTQ rights, Cheri DiNovo went from living on the streets as a teenager to performing the first legalized same-sex marriage registered in Canada in 2001. From rights for queer parents to banning conversion therapy, her story will inspire people (queer or ally) to not only resist the system—bu …