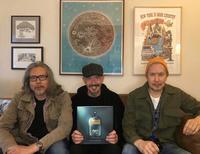 “A twisty-turny adventure story that travels from the deep underground to the starry skies, featuring a gang of friends, aka ‘Failed Projects,’ who show the power of solidarity and non-conformity. This sweet and surreal ode to sticking together radically breaks from typical storylines to deliver a manifesto for mass escape from any system that demands perfection, sameness and compliance. Stunningly and intricately illustrated, this book pays cinematic attention to pacing and detail. Like Barnabus, the Fan Brothers have broken the mold.”

Terry, Eric, and Devin grew up in Toronto, where they continue to live and work.   Recipients of the prestigious Sendak Fellowship, Kate Greenaway Medal nominees, and Governor General’s Literary Award nominees, Terry and Eric are the author/illustrators of the critically acclaimed books The Night Gardener and Ocean Meets Sky, and the illustrators of the bestselling Chris Hadfield-penned picture book The Darkest Dark, Dashka Slater’s The Antlered Ship, and Beth Ferry’s The Scarecrow.   Devin Fan is an artist, poet, and youth worker who has a passion for nature, adventures, and kung fu. The Barnabus Project is his first children’s book and marks the first time all three brothers have written and illustrated a picture book together.

The Barnabus Project tells the story of Barnabus, a half mouse, half elephant, kept out of sight until his dreams of freedom lead him and his misfit friends on a perilous adventure. What was the inspiration for the book? 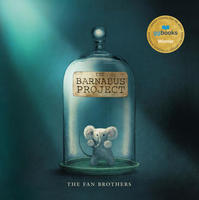 Devin: The idea came initially from a drawing I did 30 years ago when I was inventing my perfect pet, who was, in fact, a creature who was half mouse and half elephant, small enough for me to hold in my hand. That picture led to group discussions about what the backstory for the little creature could be. Where did he come from? Who created him? The story grew out of those discussions.

Eric: When we were first working on the book, our publisher mentioned that it would be fun to find the original drawing that Devin did all those years ago. I thought I might still have it somewhere, but when I looked for it, it was nowhere to be found. Finally, after about a week’s searching, I found it at the bottom of a large stockpot at the back of my storage locker. I have no idea how it got there. The drawing was of Barnabus with an OXO cube, so maybe a stockpot was the only logical place to find him.

Terry: One of the underlying themes in The Barnabus Project is that it’s a good thing to be unique, even if the whole world around you seems to disagree. I think that story evolved out of our shared experiences of feeling like misfits and wanting to tell a story for all the fellow misfits in the world. By supporting one another and working together to solve problems, Barnabus and the rest of the “failed projects” escape the prison of conformity and learn to celebrate their uniqueness. In our way, we have taken the same journey as Barnabus and his friends.

Can you tell us more about how you worked together in collaboration to create the work?

Devin: I feel like Barnabus came to life due to constant texts back and forth between the three of us, sharing character and story ideas. The miracle of modern communication is that we could solve major story issues over text without even being in the same room. This was very different from how we worked growing up because we all lived together, but I think it worked very well. Lots of taking pictures of sketches!

Eric: Terry and I have worked on picture books together, but the three of us have also had a lot of experience collaborating on projects over the years as well. We’ve written screenplays, fairytales, poetry books and made student films together. In many respects, The Barnabus Project feels like a fitting culmination of all those years of working on projects together.

Terry: Our entire family is very creative, so it’s like a big melting pot of ideas. Eric and I worked on our first picture book, entitled Many Years Ago, when we were just little kids, so our collaborative projects go way back. We were obsessed with dinosaurs, and it was a story about the rise and fall of the dinosaurs, illustrated in crayons. Our mom acted as editor and helped us put it all together in book form. We still have that book! I view it as a very early precursor of things to follow. Since then, as Eric mentioned, there have been many different artistic collaborations over the years. I know it seems like a new thing collaborating with Devin on The Barnabus Project, but we’ve had a lot of experience working together. I won’t bore you with the logistics of our complicated process, but it involves constant brainstorming, communication, cooperation, and a united vision for what we want to achieve.

How does it feel to be recognized by your peers with a Governor General’s Award?

Devin: It's unbelievable. For me, the whole award still seems like a great dream. I hope I don't wake up, which is still a distinct and unpleasant possibility.

Eric: It’s such a lovely honour and affirmation. I’m still processing it as well because I genuinely never expected to win.

Terry: It feels wonderful and is such an honour and a dream come true. I’m also still in complete shock.

What motivates you most as a visual creator and storyteller?

Devin: Visually, I've always been drawn to things that are detailed and minute. I love miniature dioramas that you can keep looking at and looking at and still see new things. Story-wise I have worked with children and youth for so long, I see and identify with all the struggles people go through with self-esteem and acceptance, so stories that help children around those issues are usually the ones that inspire me.

I see and identify with all the struggles people go through with self-esteem and acceptance, so stories that help children around those issues are usually the ones that inspire me.

Eric: I’m inspired by the things that still resonate with my childhood sense of wonder and awe. When I was little, I was obsessed with dinosaurs and museums; there’s something about being very small, standing amongst very large and mysterious objects of antiquity, fossils and bones, that I still find compelling. I think it continues to find its way into our work, that notion of imposing scale and feeling small in the face of great mystery. I’ve noticed that we often—perhaps subconsciously—have small figures situated within large and overpowering settings. As a storyteller, I’m drawn to stories that emerge from the unique perspective of a child rather than being too “top-down” with an adult’s perspective. It’s sometimes hard to resist imposing that perspective. Still, my favourite children’s books, whether Sendak or William Steig, seem to exist within that particular unfiltered space, and I aspire to create those kinds of stories.

I’m inspired by the things that still resonate with my childhood sense of wonder and awe ... As a storyteller, I’m drawn to stories that emerge from the unique perspective of a child rather than being too “top-down” with an adult’s perspective.

Terry: To me, art, music, and literature have always been a sacred refuge, a way to escape, and an endless source of inspiration. I think the power of art comes from the creative expression of an individual's unique perspective. So, partly what motivates me is to share that perspective. When I was younger, being mixed-race set me apart and made things very difficult at times. Having an interest in the arts made me into even more of a misfit. However, as an adult, the very things that caused me so much pain growing up have become a source of inspiration and strength. I’ve learned to appreciate the valuable perspective that being mixed race has given me, and my artistic creativity has led to any success I’ve had. My differences became an asset when attending art college because suddenly I was surrounded by other misfits and creative types, and it felt like I had finally found my tribe. I wouldn’t be the person I am today without all the varied creative influences I’ve been exposed to, so my goal as an illustrator and author is to create work that inspires children (and perhaps adults) in the same way.

Devin: There are so many great Canadian writers! However, at the moment, I think the book I'd most recommend is Secret Path by Gord Downie and illustrated by Jeff Lemire; it's so powerful and couldn't be more timely or essential.

Eric: On the fiction side, I’ve started reading Washington Black by Esi Edugyan, which is brilliant and moving. I’d also recommend the memoir Two Trees Make a Forest by Jessica Lee and anything by Kyo Maclear; I loved Birds Art Life and Stray Love. I’ve almost finished reading the Bloom Trilogy by Kenneth Oppel, a terrific middle-grade science fiction trilogy. It reminds me of the books I loved reading when I was a kid. As far as picture books, there are too many to name; there’s just so much exceptional talent in Canada. I will say that When We Were Alone by David Robertson and illustrated by Julie Flett is incredibly poignant.

Terry: There are so many talented Canadian authors, but these days, it looks as though Eric and I have some crossovers! Like Eric, I adore anything by Kyo Maclear and Kenneth Oppel. I’ve just finished Thrive, the third book of Kenneth’s Bloom trilogy, and it was so much fun. Mark my words, the Bloom trilogy will one day be adapted to film. I’m also in the middle of reading Two Trees Make a Forest, which was gifted to me by Tara Walker, our editor for The Barnabus Project. It’s a remarkable and evocative memoir. I find it particularly fascinating because of the parallels to my own experiences growing up. Finally, I've just started reading Five Little Indians by fellow GG's award-winner Michelle Good, an essential and timely book. It's a heart-wrenching story that I’m finding difficult to read, especially considering recent events. I think it should be required reading in all high schools. 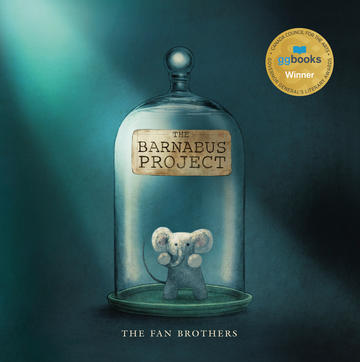 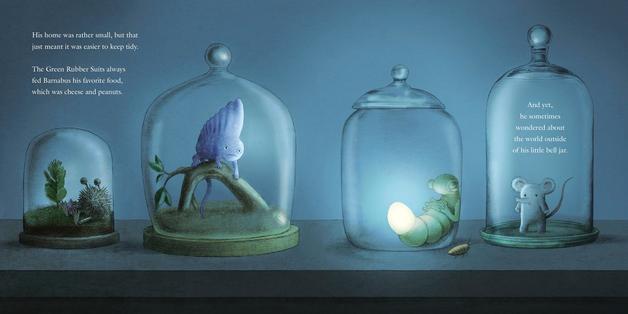 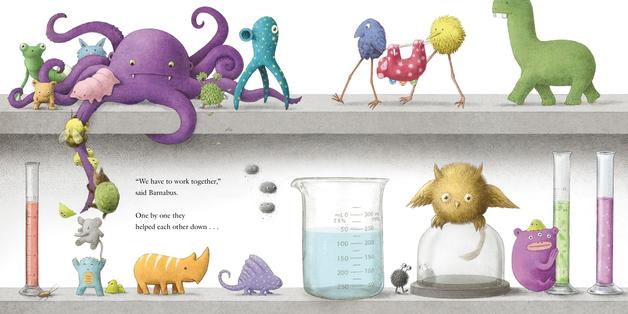 Excerpts used with permission of the publisher.