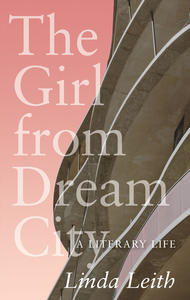 I loved memoirs, autobiographies, and collections of letters as well as fiction I thought autobiographical. While my little boys were choosing the books they’d bring home from the library, I was seeking out what I myself wanted to read. I admired Sylvia Plath’s The Bell Jar, Françoise Sagan’s Bonjour Tristesse, Jean Rhys’s Wide Sargasso Sea, and everything Margaret Drabble wrote.

I read and reread Drabble’s early novels—A Summer Bird-Cage, The Garrick Year, The Millstone—as though every word were not only true, but addressed to me personally. A talented and accomplished woman with a degree from Cambridge, Drabble knew all about the challenges of combining motherhood and a career. With three children to bring up, she had somehow managed to become a celebrated novelist. There was a husband, who was an actor, and I was not surprised when I learned they eventually divorced.

The writers who mattered to me were all older than I was—Margaret Drabble and Margaret Atwood are about ten years my senior—and the ones who mattered most—Muriel Spark, Doris Lessing, and Mavis Gallant— were from my mother’s generation. They all had some- thing in common with me, as well, in their familiarity with corners of the world once controlled by the British, and in their daring to go their own ways.

Mavis had become a friend, and I never met Muriel Spark, but I did meet Doris Lessing several times on visits to Edinburgh at festival time. During one conversation with her in the yurt, which is where the authors and hosts congregate before and after their events, she and I had a long conversation about Medical World, about my parents, the Communist Party of Great Britain in the 1950s, and the collective of communist doctors that included one of Nan’s admirers, Hugh Faulkner—who, it turned out, had been Doris’s own doctor in those years.

I admire younger writers, too—Zadie Smith and Rachel Cusk among them—and the work of many who have entirely different kinds of experience from my own—E.M. Forster, Graham Greene, Bharati Mukherjee, Toni Morrison, Magda Szabó, to name a few—and some who have spent their whole lives in just one kind of place.

The writers who interest me most, always, are women who write about themselves in ways that a male writer never could: not even Nabokov, masterful though his memoir—Speak, Memory: An Autobiography Revisited—is. Certainly not Beckett, who never wrote a memoir, and whose work forbids autobiographical speculation.

The writers who interest me most, always, are women who write about themselves in ways that a male writer never could.

As soon as I started reading one of these women, I wanted to know how she became the writer she had become. Where was she born? Into what kind of world? What did she think of that world? Was she happy there? Or was she itching to leave?

The answers to many of these questions were not yet readily available, though the avalanche of feminist scholarship has since filled in some of the gaps. With few biographies in print, few critical studies, no useful bibliography—and no Internet—these women’s own writings were my main resource. I read on, in the hope of finding answers. To this day, I read and reread the books that matter to me until they fall apart, and I never part with them, though the pages turn yellow and are held together by elastic bands.

What kind of parents did she have? What kind of education? Was the family supportive? Disapproving? Dysfunctional?

What prospects did she have when she was growing up? What were her dreams?

What contact did she have with boys? With men? With women? What, if anything, did she have to say about sex? About her own sexuality? (Often very little.)

Did she marry, or not? And, if she did marry—as Spark, Lessing, and Gallant all did—how long did she stay married? (Not long.)

Did she have lovers? Did she have a child? More than one child? This spoke to me directly. It was when Muriel Spark and Doris Lessing published their memoirs that I realized there was another question—did she raise the child herself? Spark and Lessing both left their sons in others’ care as they struggled to make a literary career for themselves. I could not imagine doing that.

And how did she become a writer? Was she encouraged? (Rarely.)

Or was she silenced?

How did she become a writer? Was she encouraged? (Rarely.)

We all know stories about girls and women who kept quiet, even if it killed them. Mary Beard writes about Hera and Penelope, who were told to shut up, about a Roman woman described as “barking,” and about Philomela, whose tongue was cut out so she could never tell anyone she had been raped.”

There are modern examples, too, from Anita Hill to Alexandria Ocasio-Cortez. Few are bold enough to stand up to the fear of speaking out—and to pay the price of being heard.

In the Norwegian fairy tale “The Twelve Wild Ducks,” the princess is set almost insurmountable perils in her attempt to save her twelve brothers. Her life depends not only on her goodness and her determination, but also on her silence.

And if, against all odds, a woman did eventually manage to succeed in saying what she had to say, I wanted to find out how she got her work published.

Did she spend years looking for a way in? Did she self-publish? Or did she pull a story out of a picnic hamper, as Mavis did, type it up, and get an encouraging response from The New Yorker on that first submission— before the editors accepted the second story she sent in?

When did she get published? Was she young? Was it decades before she finally made it?

And how was her work received? Was it taken seriously? Was she belittled and demeaned?

Was she ever not?

Did she doubt herself? Did she ever wonder if she really had any talent as a writer? I was astonished to hear Mavis voice that very question when she took the stage during the vast tribute to her work held in 2006 at New York’s Symphony Space.

And if, against all odds, a woman did eventually manage to succeed in saying what she had to say, I wanted to find out how she got her work published.

I had a great interest in financial considerations, as well.

Was she able to support herself by writing? (Sometimes.) Was there family money she could depend on? (Hardly ever.)

Did she have a supportive husband bringing home the bacon? (Occasionally. And occasionally the marriage did last.)

Did she live in penury? (Yes, in many cases.)

Or did she have some other paid work and somehow still find the time, energy, and courage to write her books? (Yes, often.)

Some of these questions may seem to belong to the past, to the bad old days before there was much awareness of the difficulties women so often face in their quest for an income from their writing. Today, surely, times have changed, and these are no longer questions as pressing as they were to the young Muriel Spark, the young Doris Lessing, and the young Mavis Gallant.

It is harder now than it was when they were starting out. Writers’ incomes have plummeted. Opportunities for publishing in magazines and newspapers—many writers’ mainstay in the past—are now vanishingly rare. Publishers’ advances are a fraction of what they used to be, when there’s any advance at all, and fiction is now a tough sell.

I had no family money. I was earning more or less the same as my husband, barely enough to cover our expenses. I had three children I could never think of abandoning. I wasn’t ready to divorce. I wanted to write, and I had no reason to believe I would ever be able to do so.

Several of my John Abbott colleagues were published writers and at least one of them had enrolled in the Creative Writing program at Concordia, not in order to better his writing but to increase his earnings with an MFA. I considered doing the same, in order to better my writing, but soon dismissed the idea. I didn’t have money for tuition, and I couldn’t add to my to-do list. Besides, I hadn’t written much of anything in years. I was chagrined to admit it, but I had nothing recent I could be proud to include in a portfolio.

So that was no solution. I had to keep teaching, and somehow find a way of getting back to writing. Of writing better. Of becoming a writer.

Excerpted from The Girl from Dream City Copyright © 2021 Linda Leith, published with permission of University of Regina Press.

More about the book:

Vivid stories from a Canadian literary icon, who shares a life spread across continents and immersed in books.

It’s the life that many dream of: education in some of Europe’s most beautiful cities before becoming a novelist, essayist, translator and literary curator.

But the start of Linda Leith’s journey is anything but idyllic. The daughter of a glamorous mother and a charming left-wing doctor, she is never told of her father’s psychiatric breakdown or his subsequent shock therapy for what was then called manic depression.

As this secret festers, Leith’s father uproots the family to various European cities as he reinvents himself as a corporate executive, eventually moving across the Atlantic to Montreal.

It’s there, in her first year of university, that Leith is inspired by Madame de Staël: a writer and salonnière, banished from Paris by Napoleon himself. With none of Staël’s advantages—no wealth, no social status, no château on Lake Geneva—Leith can scarcely imagine a salon, but she is drawn to Paris, and dreams of becoming a writer.

This dream fuels her education in London, her marriage and writing in Budapest, and—finally—her journey back to Montreal where she meets a community of writers and readers who she works with to transform the city’s literary scene.

As Leith publishes, translates, and curates, she also comes to terms with her troubled father and the secrets of her childhood.

A luscious read, this book will rivet readers of Jill Ker Conway’s The Road from Coorain and Tara Westover’s Educated, or anyone who has dreamed of building a cultural life.