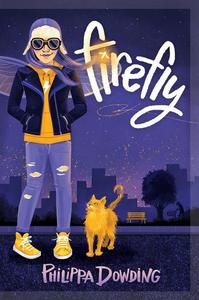 Firefly is up for giveaway right now along with three other fab books in the DCB Middle Grade Bundle—Trip of the Dead, by Angela Misri; Birdspell, by Valerie Sherrard; Elvis, Me, and the Lemonade Stand Summer, by Leslie Gentile. Enter for your chance to win!

What is it like for a child who lives with a parent or who knows an adult struggling with a crisis of mental health, addiction, or homelessness?

Canadian children’s authors have written many moving, thoughtful books about kids coping with parents or adults in crisis. While writing my latest book Firefly, I read a lot of them (mostly pretty choked up).

I couldn’t include them all, but here is a list of some of my favourite titles from recent years. 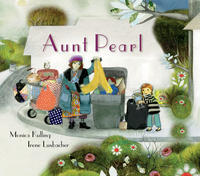 Dan, Marta and their mother try to help their Aunt Pearl, who is homeless, by giving her a home. But Aunt Pearl is different. She collects garbage and lives in a messy, jumbled way, and yet she shows the children that recycled items can have a purpose, that we can help each other in ways that are unconventional. Then one day Aunt Pearl isn’t there anymore. Where did she go?

This book would have been a great gift to me and my children when they were small, as a thoughtful, gentle starting point for discussion about mental health and homelessness. 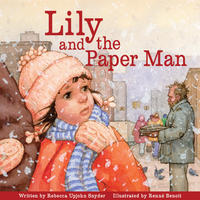 Lily and the Paper Man, by Rebecca Upjohn, illustrated by Renné Benoit

A beautiful story about Lily and the slightly scary (to her) man who sells newspapers on the corner near her home. At first, Lily wants to avoid him. He’s got holes in his boots, in his socks, in his coat! But when the cold weather comes, she begins to see him in a different way. With all those holes, it must be hard to keep warm. Lily starts to worry about him, then takes steps to help him, which she decides is much better than being afraid of him.

A gentle and sweet book that helps a young child think about helping, not fearing, those who are different.

The Madman of Piney Woods, by Christopher Paul Curtis

It’s 1901. Benji is from Buxton and Red is from Chatham, but they both have their own version of the Madman of Piney Woods, who everyone knows eats children, is over 100 years old, and escaped from slavery. The adults know the Madman’s real story but the traumatic truth keeps them from revealing it, which only leads to wild flights of imagination and fear in the children.

But fear can be overcome. When the boys actually meet the Madman in the woods together, he doesn’t seem so mad anymore. In fact, he just seems sad and lonely. A beautiful story about intergenerational trauma, I loved the slow reveal of the Madman’s true identity, and the easy friendship that develops between the two boys from different towns who team up to help him.

Mine, by Natalie Hyde

Chris Dearing has a lot to deal with. His mother is gone to points unknown. His alcoholic dad is in jail for a few weeks and the landlord needs the rent. Social workers are hot on Chris's heels, and Chris wants to try to fix it all by reclaiming his family's gold mine!

Hilarious and hopeful, this is a unique story about a boy who is supposed to be a “loser” from a family of losers, but Chris is anything but a loser. Bonus? He and his friends head to Dawson driving a muffin truck! Also bonus: the sequel, Up the Creek, is out now.

The King of Jam Sandwiches, by Eric Walters

Robbie’s dad wakes him up and tells him he’s dying. He isn’t. Or his dad disappears for days at a time. Or loses his job again. Or forgets to buy groceries, or pay the bills. Time and again, Robbie is left alone to take care of himself and his beloved dog, Candy. But Robbie has a plan: he’s got six months worth of food in the basement and the numbers to the bank account in case his dad disappears forever.

This story had me in lots of places, mostly because Robbie is so endearing. And finally, when he opens up to a friend, she convinces him that it’s not weak to ask for help. Just ask the right people.

Harbour keeps telling herself that she’s not homeless. She’s just waiting for her father to arrive on their sailboat from Florida, and something is holding him up. Slowly, readers come to suspect that he’s dealing with a mental health crisis and he’s not coming for his daughter.

Set on the streets of Toronto over the course of fall that turns into winter, Harbour is a smart kid hiding in plain sight, who has no choice but to learn to navigate the shelter system, panhandle, and who simply hangs on until help arrives. A gritty read about life in a tent in an urban centre, but worth it.

Aggie is poor. And not just poor, she lives with an alcoholic mother who also happens to be a manic hoarder. One tiny peek into Aggie's life: near the end of the book, you find out her mother has been using garbage bags as a toilet and keeping them around the house. Wow.

This book is beautifully written, and absolutely destroyed me. I read it in one sitting, and then read it again. If you want to know the struggles that a kid (who is 15 years and nine months old, hence the title) living with a hoarder might be going through, read this book. It’s brilliant and has an indomitable kid at its centre, who never looks back. 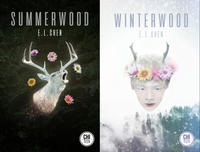 What would it be like if you were literally living inside a world created by your grandfather, a famous children's author, who wrote a modern, Toronto-based version of the Narnia books? For Hero, it turns out that finding that magical world at the back of the closet in your family home wouldn’t be all that fun. In fact, the reality of talking rabbits and evil queens would be terrifying!

Trapped in a family drama, doomed to wander a fantasy world that becomes horribly real, Hero knows how to pack for the trip (don't forget the necessities like tampons and protein bars). A cool, at times terrifying take on intergenerational trauma and mental health, I especially loved the string of tormented therapists that Hero leaves in her wake.

Son of a Trickster, by Eden Robinson

Jared is in high school, just trying to pass and get out of town. But despite the addiction, the illness, and the mental health challenges all around him, not to mention terrifying visits from the spirit world (a huge grizzly bear for one), Jared somehow keeps everything together. His mother is MIA during her latest binge, and he has to find a way to pay the bills. Plus, his dad and neighbour are dying of cancer, his girlfriend is having a breakdown, and he's drunk and high most of the time….

… but he’s also compassionate, smart, tough and funny. And just an average kid. If you haven’t read Eden Robinson’s trilogy yet, now’s the time. Book 3 is out March, 2021.

Firefly lived in the park across from her mother’s home. It was safer there. But after the bad night happens, and her baseball-bat-wielding mother is taken away, social services sends Firefly to live with her Aunt Gayle. She hardly knows Gayle, but discovers that she owns a costume shop.

Yes, Firefly might be suffering from PTSD, but she can get used to taking baths, sleeping on a bed again, and wearing as many costumes as she can to school.

But where is “home”? What is “family”? Who is Firefly, for that matter … and which costume is the real one?'t 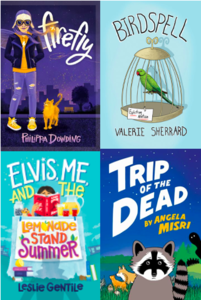 And don't forget to enter to win our DCB Middle Grade Book Bundle and other great giveaways!

Winner of the 2021 Governor General’s Literary Award for Young People’s Literature - Text
Firefly lived in the park across from her mother’s home. It was safer there. But after the bad night happens, and her baseball-bat-wielding mother is taken away, social services sends Firefly to live with her Aunt Gayle. She hardly knows Gayle, but dis …

Aunt Pearl arrives one day pushing a shopping cart full of her worldly goods. Her sister Rose has invited her to come live with her family.

Lily and the Paper Man

Walking home with her mother one day, Lily runs into a gruff and untidy-looking man selling papers on the street. Lily is afraid of the man, but when the weather turns cold, she sees the Paper Man differently.

The Madman of Piney Woods

Newbery Medalist Christopher Paul Curtis brings his trademark humor and heart to the story, told in alternating chapters, of two very different boys who join forces to uncover a mystery in the woods.

Benji and Red couldn't be more different. They aren't friends. They don't even live in the same town. But their fates are entwined. A chance meeting l …

A hilarious, high-stakes quest to redeem a family name! Bonus: there may be gold.

Chris Dearing comes from a long line of losers and a history of bad luck that's plagued the Dearing family for generations. His only hope runs through the wild rivers of the forbidding North. What is up there other than moose snot and mosquitos the size of bats, you a …

★ “Tug at the heartstrings and tickle the funny bone…This warm tale is definitely one for the keeper shelves. Highly recommended.”—School Library Journal, starred review

Thirteen-year-old Robbie leads a double life. It's just Robbie and his dad, but no one knows that his dad isn't like most parents. Sometimes he wakes Robbie up in the midd …

As far-fetched as her father’s plan sounds, sticking to it is easy for Harbour — until it isn’t.

Fourteen-year-old Harbour is living in a tent in a Toronto ravine with her dog, a two-month supply of canned tuna, and an unconventional reading list. She’s not homeless, she tells herself. She’s merely waiti …

No one at school knew that fifteen-year-old Aggie and her mother were hoarders until the Idiot Boys. That made her even more a target of bullies than she was before.

At home, aka The Dump, her loneliness and despair are further punctuated by her mother’s alcoholism, neglect, and paranoia.

In Summerwood, twelve-year old Rosalind Hero Cheung can't wait to spend the summer in Toronto with her teenaged sister Julie and their famous author grandfather. Years ago Walter Denison wrote a series of bestselling children's novels about a magical land called the Summerwood. But to Hero's dismay, Walter is cold toward his granddaughters and Juli …