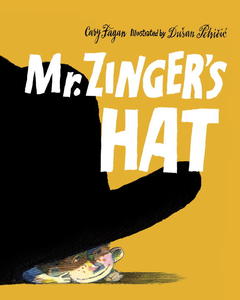 Every September, a kindergarten teacher asks me for books about hats. I hand her a pile and within a week, her kindergarteners parade jaunty homemade bonnets, complete with construction-paper feathers, coloured stickers and curly ribbons. From fedoras to bowlers to shoe hats to winter toques to Carnival headdresses, this list is for anyone looking to inspire the creation of a hat.

A fedora is the featured chapeau in Mr. Zinger’s Hat, by Cary Fagan, illustrated by Dusan Petricic. Mr. Zinger looks like an elf in his black hat. Leo sees him every day in the park, shuffling along. Leo knows he makes stories that are published. One day, Leo’s ball knocks Mr. Zinger’s hat off and Leo chases after it in the wind. The boy and the man sit on a bench, looking inside the hat, where Mr. Zinger sees a story. Together, they make up a tale about an unhappy rich boy looking to reward anyone who will entertain him. After being offered a series of extravagant, boring gifts, the boy's happiness comes from an ordinary ball and another boy named Leo. Later, Leo meets a new playmate, Sophie, and together, they share a chocolate bar and create a story from inside Leo’s cap.

I Want My Hat Back is told entirely through dialogue. A bear has lost his hat. He meets a series of animals, asking if they have seen his hat. He meets a rabbit wearing a red pointy hat, who adamantly denies seeing it. The bear goes on to ask other creatures. The text is cleverly printed in colours associated with each animal, enabling students to quickly identify who is speaking (lending itself to Reader’s Theatre.) A few animals later, the bear realizes he has seen his hat; this page appears in red—a great opportunity for making inferences about the bear’s emotional state. He races back to the rabbit and confronts him. The final image of the big bellied bear, sitting where the rabbit used to be, wearing the red hat, also provides a moment to infer what happened.

This is Not My Hat is a first-person narrative. It begins with a confession: “This is not my hat. I stole it from a big fish.” This time it’s a tiny blue bowler, which we see on the little fish’s head. The text of the little fish thinking he’s gotten away with his crime is in contrast to the images—the crab who tattles on him, the big fish hot on his tail, the final image of the big fish swimming with his tiny hat.

We Found a Hat is told in three parts. The first, “Finding the Hat,” features two turtles discovering a rounded lone hawk hat. They decide to leave it because it would be unfair for one of them to keep it. In part two, “The Sunset,” they are enjoying the sunset, but the pictures tell the reader that one turtle is still thinking about the hat, again in contrast to what he says.

In part three, “Going to Sleep,” they settle down for the night, but the one turtle pretends to be asleep so he can check out the hat again. He appears to wrestle with his decision while describing a dream to his friend about two hats. In the end, he does the right thing. 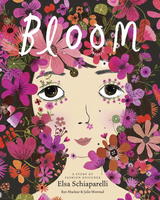 Bloom: A Story of Fashion Designer Elsa Schiaparelli, by Kyo Maclear, illustrated by Julie Morstad, is the story of a girl who overcame a difficult beginning to find her passion as a fashion designer. Where do hats come in? There’s a page showcasing some of her hats made from crazy materials—a shoe, a bird’s nest, flowers, a teacup balanced on a book. The afterword shows a cocktail hat in the shape of a lamb chop. If you look up on the internet, there’s a bevy of other inspiring designs—a lobster hat, gloved fingers wrapping round the head, another in the shape of an ice cream tip. These will truly motivate children to think outside the (hat) box! 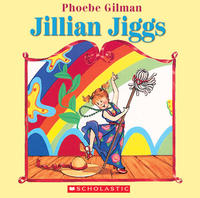 Jillian Jiggs, by Phoebe Gilman, is about a girl who would rather play dress up than clean her room. The smorgasbord of costumes showcased in the playful illustrations will excite young readers to be creative. Among these are: kerchiefed pirates, box-headed dragons, witches’ cone hats (complete with tape on the side), paper crowns, fairy hats with petals, a belted blanket for an Arabian prince’s headpiece, angel halos, colander hats for bad guys, and dish gloves worn like chicken combs. 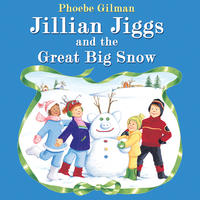 In Jillian Jiggs and the Great Big Snow, also by Phoebe Gilman, Jillian says, “My hat isn’t lost. It just hasn’t been found.” The replacement—a Martian hat that begins a dramatic play in the snowy landscape of Mars. They dig up creatures—a dragon, a snail, pigs—until Jillian loses, not only her hat, but also her scarf and both mitts. 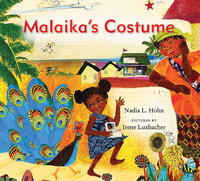 Malaika’s Costume, by Nadia L. Hohn, illustrated by Irene Luxbacher, is about a girl who misses her mom during Carnival time in the Caribbean. Her grandmother helps her put together a brilliant peacock costume, complete with a “head all strong and proud,” with turquoise, gold, brown and green buttons, and two clear ones for eyes, like sparkling jewels.

This critically-acclaimed picture book by award-winning author Cary Fagan is about stories and story-telling, and is sure to entertain children at home and at school for years to come.

This is the story of a bored little boy, who meets a man, and together they build a story. This story within a story is charming and changes both their lives . . . an …

I Want My Hat Back

A New York Times Best Illustrated Children's Book of 2011!
A picture-book delight by a rising talent tells a cumulative tale with a mischievous twist.

The bear’s hat is gone, and he wants it back. Patiently and politely, he asks the animals he comes across, one by one, whether they have seen it. Each animal says no, some more elaborately than othe …

This Is Not My Hat

The 2013 Caldecott Medal winner!
From the creator of the #1 New York Times best-selling and award-winning I Want My Hat Back comes a second wry tale.

When a tiny fish shoots into view wearing a round blue topper (which happens to fit him perfectly), trouble could be following close behind. So it’s a good thing that enormous fish won’t wake up. A …

We Found a Hat

Hold on to your hats for the conclusion of the celebrated hat trilogy by Caldecott Medalist Jon Klassen, who gives his deadpan finale a surprising twist.

Two turtles have found a hat. The hat looks good on both of them. But there are two turtles. And there is only one hat. . . . Evoking hilarity and sympathy, the shifting eyes tell the tale in this …

A dazzling first-person picture book biography of the life of iconic fashion designer Elsa Schiaparelli by the award-winning team who created Julia, Child.

Here is the life of iconic fashion designer Elsa Schiaparelli, who as a little girl in Rome, was told by her own mamma that she was brutta. Ugly. So she decided to seek out beauty around her, and …

No one can keep up with Jillian Jiggs. With boundless energy and imagination, Jillian rushes from game to game. One minute she's a robot, the next minute she's a tree. How can she take time to clean up her room when there are so many wonderful things to make and do? No one knows what Jillian will think of next- especially not her mother!

Rediscover the magic of a snowy day on the 10th anniversary of this delightful Jillian Jiggs story!

"Jillian, Jillian, say it's not true.
How do you lose all the things that you do?"

Jillian wants to go play in the snow with her sister and her friends, but her mom says no - not until she finds her hat! So instead, Jillian wears a Martian hat from t …

It’s Carnival time. The first Carnival since Malaika’s mother moved to Canada to find a good job and provide for Malaika and her grandmother. Her mother promised she would send money for a costume, but when the money doesn’t arrive, will Malaika still be able to dance in the parade?

Disappointed and upset at her grandmother’s hand-me-down co …