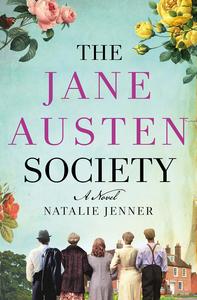 Natalie Jenner's debut novel, The Jane Austen Society, will be released on May 26.

Seeing one’s novel on a bookstore shelf for the very first time is so often the dream and the work of a lifetime. Sadly, debut authors have been hit particularly hard by the publishing industry repercussions from the current virus outbreak. New writers lack established audiences for their work, which makes it that much harder to see their release dates, marketing initiatives and in-person events postponed or even cancelled. The necessary news focus on the pandemic gripping our world also means, unfortunately, even less opportunity for book reviews and media interviews, a key component of increasing awareness of new authors and their books.

The following five Canadian authors (Anita Kushwaha, Ava Homa, Deborah Hemming, Erin Ruddy and Eddy Boudel Tan) have seen the cancellation of most if not all of the marketing events planned for their debut books and are trying to launch their books and their careers amidst tremendous uncertainty and stress. From wondering if physical copies of books will even get made or official release dates will hold firm, to seeing the cancellation of first-time speaking appearances at such noted industry events as the LA Times Book Festival, the Ottawa International Writers Festival, BookExpo America and ThrillerFest, these debut authors are having to adjust very quickly to an entirely different notion of becoming a published author.

All of these disruptions to the publishing process also mean that the interest and support of readers are now more critical than ever. The following five authors have some of the most buzzed-about debuts in Canada and are already garnering attention for stories which highlight the many different communities across our nation, as well as the surprising lack of differences between us. The number one way we can support these and other new authors is to order or pre-order their books—a relatively recent phenomenon, pre-order sales count in the first day of release sales, increasing the chance that a book might make a bestseller list for its first week. The number of pre-orders also helps publishers make decisions on investing marketing resources already strained to their breaking point in an industry currently roiling from cuts, layoffs and significant supply chain interruptions. One of the books profiled below—Secret Lives of Mothers and Daughters—is already available to buy, and the others can all be pre-ordered now.

Secret Lives of Mothers and Daughters, by Anita Kushwaha (on sale now)

Secret Lives of Mothers and Daughters is a moving story exploring the impact of betrayal, inner desire and grief on several mothers and daughters at different stages of life.

The narrative alternates between Asha, a young girl who learns on her 18th birthday that she was adopted following the death of her birth mother, and Mala, a bright young scholar who is returning to her doctoral studies after being on leave following the sudden and tragic death of her father. While Asha acts out her confusion and anger with her adoptive parents for keeping her parentage a secret, Mala’s academic and romantic desires are threatened by her widowed mother’s expectations and demands. On a larger level, Kushwaha’s debut is about those aspects of family life that we all end up having to navigate, no matter our backgrounds: the ties that bind us together, the things unsaid that tear us apart, and the damage and cost of trying to meet our parents’ expectations while seeking our own authentic life.

Author Anita Kushwaha grew up in Aylmer, Quebec and currently lives in Ottawa. She has an M.A. and a Ph.D., and is also a graduate of the Humber School for Writers creative writing program. Her first novel, Side by Side, was independently published and award-winning; Secret Lives of Mothers and Daughters was released earlier this winter in both Canada and the United States from Harper Collins. www.anitakushwaha.com

Daughters of Smoke and Fire, by Ava Homa (releases May 12)

Leila dreams of making films to bring the suppressed stories of her people onto the global stage, but obstacles keep piling up. Meanwhile Leila’s younger brother, Chia, engages with social and political affairs and then one day mysteriously disappears in Tehran. Leila fears the worst and begins a campaign to save him, but when she publishes Chia’s writings online, she suddenly finds herself in grave danger as well. Informed by the real-life uncertainty and strife faced by 40 million stateless Kurds today, Daughters of Smoke and Fire is a timely and much-needed reminder of how all humans are connected beyond borders, and the need for all of us to look beyond ourselves in times of crisis.

Ava Homa is a writer, journalist and activist specializing in women’s issues and Middle Eastern affairs. Her collection of short stories Echoes from the Other Land was longlisted for the Frank O’Conner Short Story Prize and secured a place among the ten winners of the 2011 CBC Reader’s Choice Contest. Homa has a Master's Degree in Creative Writing from the University of Windsor in Canada, another in English Language and Literature from Tehran, Iran, and a diploma in editing from Toronto. She was born and raised in the Kurdistan Province in Iran and now divides her time between Toronto and San Francisco. www.avahoma.com —includes a link to her speech in front of the United Nations on behalf of Kurdish women.

Throw Down Your Shadows, by Deborah Hemming (Releases July 30)

Throw Down Your Shadows is not your typical coming-of-age story, making it perfect for these very atypical times.

Set in the summer of 2005 and pivoting around a mysterious winery fire, the novel follows sixteen-year-old Winnie, a young woman growing up in Nova Scotia’s wine country who is unconventional in every sense: she rejects the culture of her teenage peers, has three boys as her best friends, and works to keep those she cares about safe and separate from all the typical high school drama. All that changes when a new family moves to the area and Winnie and her friends fall under the spell of Caleb, a teenage boy from far away who represents a world from which they’ve always been sheltered. For the first time, Winnie and her friends begin to question the choices they’ve made, taking new risks and illuminating darkness in each other and themselves. Throw Down Your Shadows is a compelling exploration of the contours of young friendship and the development of powerful new appetites, and serves as a timely reminder of the complexity of all human experience, no matter the age or situation.

The kind of roller-coaster domestic thriller that so many of us crave right now, Tell Me My Name centres on a married couple vacationing at their remote new cottage and a mysterious neighbour claiming to know them.

With their kids away at camp, Ellie and Neil Patterson are eager to reconnect and rekindle that old spark. But when a friendly encounter leads to their violent kidnapping, they awaken to a living nightmare. Insisting he is Ellie’s soul-mate, the stranger gives her three chances to say his name. If she guesses wrong, it’s Neil who will suffer the consequences. This propels Ellie into a desperate trip down memory lane to dredge up the dubious men of her past. Only after discovering the man's true identity and sacrificing her own safety to save Neil does Ellie finally learn the truth—that everything she thinks she knows about her husband and their decade-long love story is a lie. With its cat-and-mouse dynamics and propulsive plot, Tell Me Your Name is a cautionary and wonderfully distractive tale for these intense times.

Erin Ruddy is an author, editor and journalist based in Toronto. A member of the International Thriller Writers (ITW) association, she is also the Executive Editor at MediaEdge Communications, a media production company. www.erinhruddy.com

After Elias tells the story of a pilot's last words before he crashes an airplane into the sea one week before his wedding day, and powerfully examines how one person’s actions can disrupt and ultimately transform the lives of so many.

The only thing Elias leaves behind is a recording of his final words, and even his fiancé is baffled by the cryptic message. As those affected by this tragedy struggle with grief, secrets new and old come to the surface, examining how we're shaped by the past and the guilt we carry. From the damp concrete of Vancouver to the spoiled shores of Mexico, After Elias braids the past with the present to tell a story of doubt, regret, and the fear of losing everything. But in the end, it's a tale of redemption, hope, and humanity, perfect for these troubling times.

A second-generation Asian Canadian, Eddy Boudel Tan lives in Vancouver’s West End, where he writes, supports his community, and actively champions stronger LGBTQ+ representation in the arts. In addition to professional experience in communications strategy and brand design, he serves home-cooked meals to the homeless as cofounder of the Sidewalk Supper Project. www.eddyboudeltan.com

About The Jane Austen Society

Just after the Second World War, in the small English village of Chawton, an unusual but like-minded group of people band together to attempt something remarkable.
One hundred and fifty years ago, Chawton was the final home of Jane Austen, one of England's finest novelists. Now it's home to a few distant relatives and their diminishing estate. With the last bit of Austen's legacy threatened, a group of disparate individuals come together to preserve both Jane Austen's home and her legacy. These people—a laborer, a young widow, the local doctor, and a movie star, among others—could not be more different and yet they are united in their love for the works and words of Austen. As each of them endures their own quiet struggle with loss and trauma, some from the recent war, others from more distant tragedies, they rally together to create the Jane Austen Society.
A powerful and moving novel that explores the tragedies and triumphs of life, both large and small, and the universal humanity in us all, Natalie Jenner's The Jane Austen Society is destined to resonate with readers for years to come.

A breathtaking novel about the ties that bind mothers and daughters together and the secrets that tear them apart.

Veena, Mala and Nandini are three very different women with something in common. Out of love, each bears a secret that will haunt her life—and that of her daughter—because the risk of telling the truth is too great. But secrets have …

Daughters of Smoke and Fire

The unforgettable, haunting story of a young woman’s perilous fight for freedom and justice for her brother, in the first novel published in English by a female Kurdish writer

Set in Iran, this extraordinary debut novel takes readers into the everyday lives of the Kurds. Leila dreams of making films to bring the suppressed stories of her people …

Throw Down Your Shadows

Sixteen-year-old Winnie is a creature of habit, a lover of ritual and stability. If she had her way, not much would change. But when a new family moves to town, Winnie and her three best friends—all boys—find themselves changing quickly and dramatically to impress Caleb, their strange and charismatic new companion. Under Caleb's influence, Winn …

Tell Me My Name

A roller-coaster thriller for fans of Ruth Ware and Shari Lapena featuring a rustic cottage retreat, a suspicious new neighbour, a violent kidnapping, and a wife who learns her husband isn't telling her the whole truth.

“Utterly engrossing. Coen is a hero for our era, darkly struggling amid the aftershocks of loss, but doing so with dignity, humanity, and passion.” — Timothy Taylor, author of T …