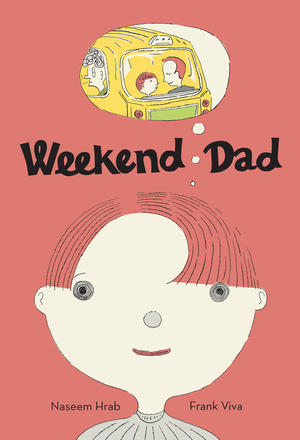 When I wrote Weekend Dad, I wanted it to feel like the least divorce-y divorce book for children ever. Let me explain. Often children’s stories that tackle divorce feel overly chipper and positive to me. I completely understand wanting to reassure kids, but not every child is guaranteed “two of everything” or parents who eventually find a way to get along well. So, I wanted to write a story that was sad and messy and hopeful and loving all at the same time. Even though the loss and change can feel impossible to children and parents alike, with every day that passes a new normal emerges.

My favourite picture books are the ones that show the bittersweet realities of life through a child’s eyes. So, my list includes a bunch of books that do exactly that, plus some funny ones just to lighten the mood a bit. Because life’s not always a dumpster fire, I hear.

I’ve written about this picture book before and I’ll probably write about it again because I absolutely love it. In this story, Johnny expresses all his conflicted feelings about his father: he has a belly that's soft as a pillow, always catches Johnny’s dreams and has fingers that taste like applesauce, but he also has ears that don't always hear Johnny, cold hands and fingers that flash like lightning. I love this story because it feels so real: Johnny’s dad is perfectly perfect and perfectly flawed all at the same time.

A Bubble, by Genevieve Castrée

This heart-wrenching board book was written by the late Genevieve Castrée as she was dying of pancreatic cancer at the age of 35. It was created as a last gift for her then two-year-old daughter. It’s incredibly beautiful and incredibly sad and unlike any children’s book you’ve ever read. 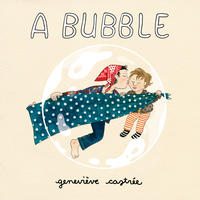 This whimsical graphic novel tells the story of an orphan named Burt who believes he’s an intergalactic trans-dimensional time traveller. Lydia is the woman who has adopted Burt. As Burt adapts to his new surroundings, we learn their two different perspectives. Deceiving in its simplicity, this tender tale shows us the true meaning of home. 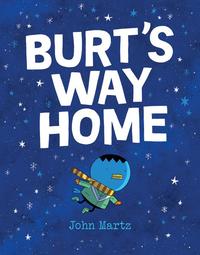 The Funeral, by Matt James

Funerals are curious things. Especially for kids. They’re too long, there’s a lot of God-talk and, if you’re lucky, you’ll get to play with your favourite cousin. This picture book beautifully captures the observations and feelings of a little girl as she finds her own way to say goodbye to her great-uncle. I adore the artwork and it makes my heart hurt every time I read it.

Gustave, by Rémy Simard and illustrated by Pierre Pratt

This picture book is so odd in all the best ways. A little mouse travels far away from home with his best friend, Gustave. Then a big cat shows up. Uh oh. And Gustave, in a moment of bravery, sacrifices himself and lets his friend escape! Or does he? Nothing in this book is as it seems and it really does an emotional number on you. 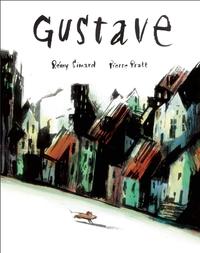 And now for something completely different! This wonderfully weird picture book takes young readers on a fun, fact-filled mushroom-hunting journey through the woods and features colourful, chatty mushrooms. It also includes instructions on how to make prints out of spores. Perfect for all the little fungi in your life!

Steve the horse is back! And it's time for the annual Race-a-thon. While Steve wins the race every year, this time the rules have changed—it’s a relay race, which means all runners must compete in teams. Too bad Steve ends up on a team with the slowest runners in the forest: Turtle, Duck and Snail! Good thing Steve’s not just an exceptional runner, he’s also an exceptional coach! On your mark, get set, LOL! 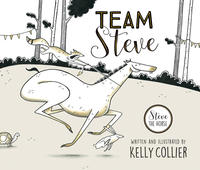 Town Is by the Sea, by Joanne Schwartz and illustrated by Sydney Smith

This stunning picture book tells the story of a young boy who lives in a Cape Breton town. As he goes about his day walking around, visiting his grandpa’s grave and eating dinner, he keeps thinking about his father who is spending his day digging for coal deep down under the sea. I know we’ve all read this one, but it’s so special that it should be read over and over again. 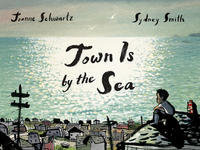 “This home is home because my dad is here, and it’s nothing like home because my mom isn’t here,” thinks the boy in this story when he enters his dad’s new apartment for the first time. His dad moved out on Monday and now it’s Friday night, the start of his weekend with his dad.

The boy and his dad follow their normal weekend routine—they eat eggs for breakfast, play cards and spend time at the park. And then they do the same things on Sunday. It is hard to say goodbye at the end of the weekend, but Dad gives his son a letter to remind him that, even if his dad can’t always be there, the boy is loved.

Naseem Hrab has written a poignant yet hopeful story, strikingly illustrated in Frank Viva’s signature style, about what happens when parents separate, and the new reality of having two homes.

“This home is home because my dad is here, and it’s nothing like home because my mom isn’t here,” thinks the boy in this story when he enters his dad’s new apartment for the first time. His dad moved out on Monday and now it’s Friday night, the start of his weekend with his dad.

The boy and his dad follow their normal weekend routine — …

The artist and musician Geneviève Castrée's last work - an expression of love, meant to last longer than words

Drawn near the end of her life, surrounded by the nature and calm of Anacortes, Washington, Geneviève Castrée drew one final gift for her two-year-old daughter, the stunning board book A Bubble . Leaving behind a last note for a young c …

Norma and her parents are going to her great-uncle Frank’s funeral, and Norma is more excited than sad. She is looking forward to …

A little mouse and his friend, Gustave, go out to play one afternoon in this darkly comic story about the sadness of losing a friend and the joy of making a new one.

The mouse’s mother has always warned the young friends not to stray too far from home. There is a cat, she says, and it is dangerous to go far away.

But danger doesn’t stop this curi …

Join Elise Gravel as she explores the science of some of nature's weirdest and wildest characters - mushrooms!

Elise Gravel is back with a whimsical look at one of her family's most beloved pastimes: mushroom hunting! Combining her love of exploring nature with her talent for anthropomorphizing everything, she takes us on a magical tour of the fores …

It's time for the annual Race-a-thon, and Steve the horse is excited! He knows he'll win. He wins every year! And no wonder, Steve's body is built for running. He's got a big chest for deep breaths, powerful hindquarters to propel him forward and the longest legs in the forest. But when he goes to sign up, Steve finds out the rules have changed, an …

Town Is by the Sea

Winner of CILIP Kate Greenaway Medal
Winner of the TD Canadian Children’s Literature Award
A young boy wakes up to the sound of the sea, visits his grandfather’s grave after lunch and comes home to a simple family dinner with his family, but all the while his mind strays to his father digging for coal deep down under the sea. Stunning illustr …